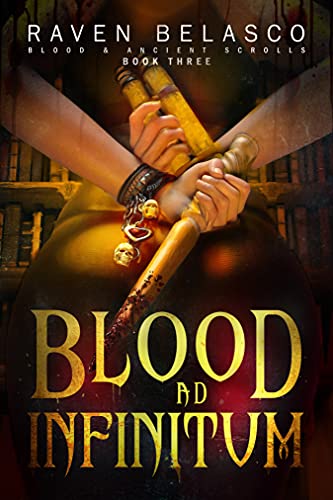 “What is the difference between me and a monster?”

This librarian became a half-vampire and fought for her life against all odds. Now, she must face an enemy she never expected—but he’s not just unexpectedly powerful…he’s disturbingly attractive.

I hadn’t fully recovered from nearly dying while rescuing one of my beloveds—but they promised me a vacation! A vampire vacation, so I can only see the sights at night. But, being a librarian, sneaking into museums after hours isn’t exactly a hardship!

Meeting the am’r (vampires) of London was stressful enough, but then a powerful and mysterious stranger demanded that Bagamil, the oldest of the am’r—and my lover, which is still a surprise to me—come to treat with him in the far North.

And that’s when things got weird—even by my new standards. None of us expected this enemy. The upside? I finally get a chance to find out about my ageless lover, and hear the story of how the am’r began. The downside? I might not get a chance to write this story down, because our enemy wants vengeance on my beloveds, and as part of that, to turn me against them. If I won’t choose his side, he’s fine with killing me all-the-way dead.

The choice might seem easy to you, but he’s older and more powerful than anyone guessed. And even if he didn’t have overwhelming mesmerism, he’s so strikingly handsome that I can’t think straight around him. I’m in trouble in every way, now…

Blood Ad Infinitum is the third book in a brand new, dark urban fantasy series mixing horror, history, and blood-soaked romance. Featuring a snarky librarian heroine in an adventure like no other, with thrilling plot twists and characters faced with “personal growth or death.” Ranging through England, the Middle East, and Russia, and through time from the Neolithic to modern day, get caught up in the passionate origin story of the am’r and a desperate fight throughout the centuries. The newest and least powerful must in the end decide who will lead them all—but will she pay the ultimate price for it? 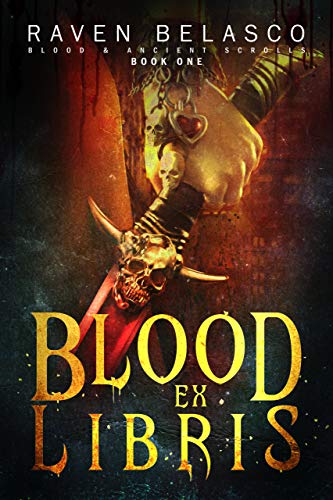 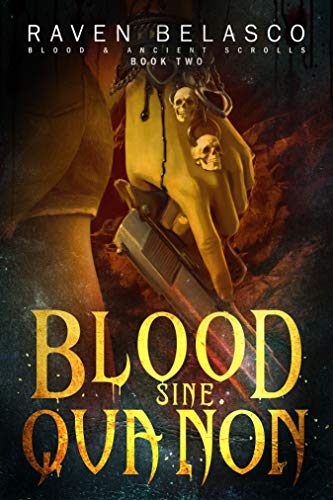 Blood Sine Qua Non
Look Inside
About the Author 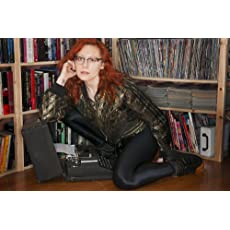 About Raven Belasco
Raven Belasco has been fascinated by vampires since she was 12 years old. You probably shouldn't let 12-year-olds read Stoker's Dracula, but Raven grew up in a house where, if she could get the book off the shelf, she could read it. Anyway, the bloody seeds were planted both for her to become a fan of the paranormal, and a verbose writer. ;)
Raven also grew up in a small town in Massachusetts, with her backyard mostly comprised of a cemetery filled with graves ranging from the late 1600s through 1800s. If spending your childhood playing on old graves doesn't prepare you for a career writing about the (un)dead, then probably nothing will.
Continuing in this vein (puns are not optional; sorry--not sorry!) Raven danced and performed for a number of years at the (in)famous ManRay nightclub in Cambridge. In college, she discovered that the nickname bestowed upon her on campus was Queen of the Children of the Night. She was not dismayed by this fact.
For someone who spends so much of her time thinking about blood and violent deaths, Raven actually likes a lot of very life-affirming things: long walks with her dog in the woods, cooking and baking, and yoga. Just to keep things spooky, she still loves heading out to the local goth night at the club for dancing to songs about vampires and other things that go bumpa-bumpa-bumpa in the night.
Raven writes not just for her own pleasure, but to make books that give any-and-everybody an enjoyable escape, and to delight fellow geeks with weird historical details and multi-level puns. She wants to pay forward the joy that books have brought her through tough times or otherwise boring waiting-rooms. Please enjoy her words--and feel free to write in and let her know, or ask questions. Fans are the bestest!