A Simple Way To Prepare A Table Top Game 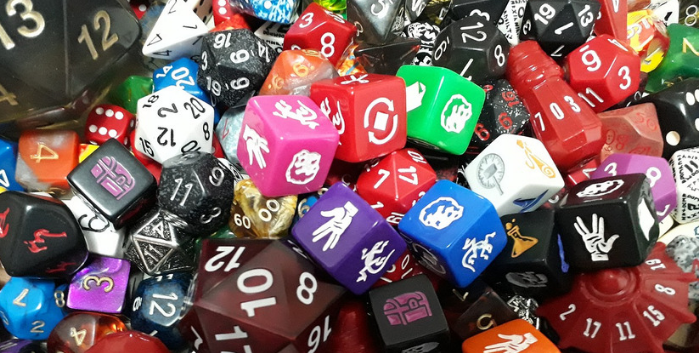 Game nights are great fun. Seeing your friends get together to quest and take down evil and play through your story of your own making can be a great way to escape real life, and we all know how badly that’s needed. That being said, all Game/Dungeon Masters or Storytellers know that running a game is not just fun, but is work as well. It is upon you, chiefly, to ensure the fun and entertainment of the group, and that can be a heavy burden to bear, even before you consider having to remember and adjudicate the rules. I know it sounds daunting. It scared me before I got started, but worry not! Here are some tips to remember to make your game day prep easier.

The fabled Prussian Field Marshal Helmuth von Moltke the Elder said it best: “no plan of operations extends with any certainty beyond the first contact with the main hostile force” which is to say, whatever you plan, assume your players are going to figure out a way to do something you didn’t prepare for. Here are three ways to try to handle this situation:

When I began DM’ing, I did the former, spending hours writing every permutation of the events of the session, which is not advisable, believe me. Rather, I think that the best course of action is a combination of the latter two. Note, I don’t mean by the second option to put your players on rails, at least, not completely and obviously. Consider instead, if you are writing a dungeon, you can either fill all the rooms with different fights or have two paths. In the latter method, you fill half the rooms with fights and make it whatever they face regardless of how they turn, especially if you cut them off from turning back.

For the latter, I tend to only have a few bullet points about what the various NPCs have to say and their mannerisms, the goals of the sessions, and the monster stat blocks I use at this point in my career as a game writer and Dungeon Master. I believe that when you chart out a complex session, you will end up feeling bad when the players’ choices take you somewhere you didn’t plan, or when some of your plan goes underused.

Some of this should be obvious. You decide on the person running the game is, and what the characters are playing. You all decide on where the game should be held and who, if applicable, should host it. Some other roles should make the game easier for both the party and the game runner:

If at all possible, set a date in stone

Now, that doesn’t mean to say that everyone has to show up. Everyone is, most likely, an adult and has a real life outside of slaying monsters and adventuring, but if you and your group pick a dedicated day to play the game, like the first Sunday of the month, like my game currently is, you and your players can plan around the game, which ensures fewer canceled dates.

All in all, a tabletop roleplaying game is some of the best fun a group of friends can have without going outside, but it can be stressful to plan for the friend who takes on the mantle of game runner. With these tips, however, you can make it less of a hassle and have more fun of your own.

David Castro is a Puerto Rican writer from New York City. He has worked on the upcoming Undead supplement for Chill Third Edition and is working on launching a Patreon. You can find him on Twitter (@theinkedknight), on Tumblr (thedevilsyouknew), on Facebook (facebook.com/inkstainedstudios), and at davidrcastro.com