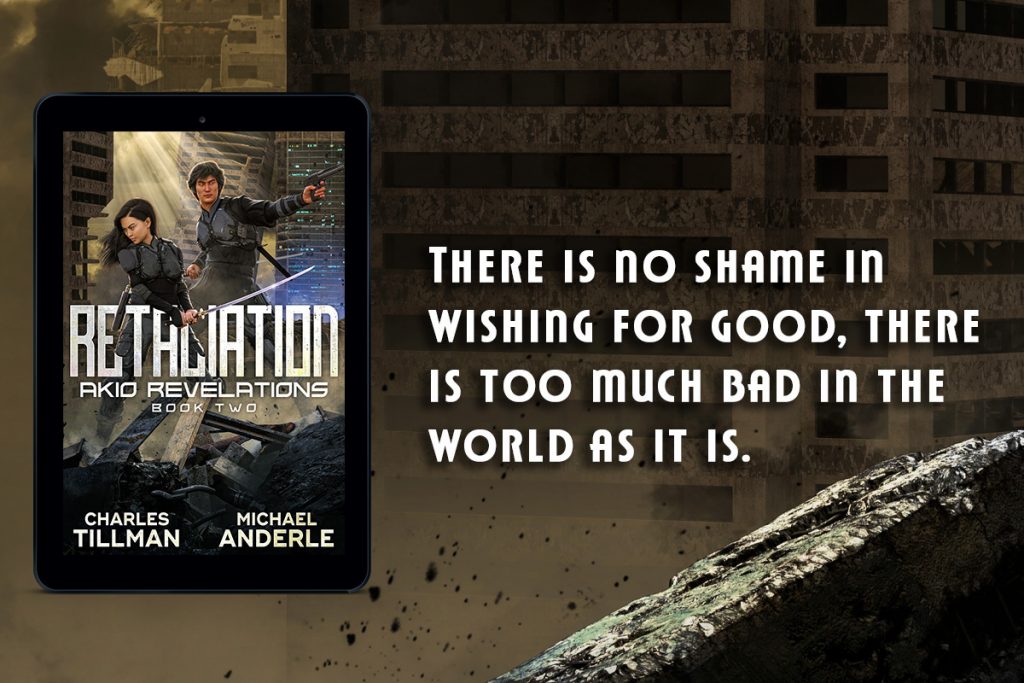 “Wow!” Asai exclaimed. “I can’t believe how crazy the past three days have been. We have had a line around the building from before daylight until we closed every day.”

“We certainly have been busy,” Yuko agreed. “I’m glad I listened to Eve and bought the property next door. Looks like we’re going to have to expand sooner than I thought.”

“Told you so,” Eve chimed in. “With the new simulations I have in beta testing, we will be this busy for the foreseeable future. Bringing Seki and his gamer friends in to test the simulations has really paid off. Some of their ideas for the first-person shooter games are really good and have proven to be extremely popular.”

“Plus, Seki gives Asai something to think about besides work,” Koda chided with a grin.

Asai blushed and stuck her tongue out at her cousin, causing everyone in the office to burst out laughing.

Koda returned to working on the computer at her desk. She pushed her chair back, her eyes wide as she looked at the screen.

“What’s wrong with you, Koda?” Asai asked. “You look like you’ve seen a ghost or something.”

“I was going over the revenue for the past three days,” Koda told her. “I think I did something wrong.”

Eve smiled. “If you have found that we made a great deal of money, you are absolutely correct. The sims did really well, but we made enough from the concession sales alone to pay all the staff expenses, plus most of the advertising we did before the opening.”

Yuko smiled. “At this rate, we should be able to start construction on the new dock at Kume much sooner than we projected.”

Asai ducked her head, wiping a tear from her eye. “I still can’t believe you did this to help the people at home. It’s overwhelming to hear your plans for Kume.”

Yuko stood and went to Asai, wrapping her in a comforting hug. “Asai, it’s the least we can do after what happened there. If we had caught on to what Isamu and Ogawa were doing sooner, we could have saved so many more.”

Asai sniffled. “But we were nothing, just a small settlement on an island that even the government had forgotten.”

“No!” Yuko put her finger under the young woman’s chin, pushing her head up till she was looking into her eyes. “You were never nothing. You were a group of survivors, going about the business of living until that monster and his minions almost destroyed you all. We were put here to stop that kind of thing before it happened, but we failed. The very least we can do is aid your people in their recovery.”

Asai hugged her back, tears running freely down her face.

“My hope is,” Yuko continued, “that once construction starts, some of the workers will see the potential of Kume and want to relocate. The island needs a bigger population to thrive.”

Asai wiped her eyes and pulled back. “Yuko, would it be possible for Akio to interview potential settlers like he did our employees before they’re allowed to immigrate? The local population would not be able to defend themselves if people like the ones who kidnapped Koda go there.” She shuddered. “Or beasts like you found in China.”

Yuko smiled. “I’m sure Akio would be willing to help with that. Another idea I have is to seek out honest people with military or police experience who would be willing to relocate. Until the island can import and export goods it is not a feasible plan, but I’m sure there are some who would welcome a more rural lifestyle. Provided they had the basic comforts like electricity and running water, that is.”

“Hot running water is a definite plus.” Asai laughed. “I would probably be willing to stay more than one day if I could take a bath without having to haul water from the fire to the tub.”

Koda snickered. “Oh, yes. Asai can’t be away from her bathtub longer than one day. Seki for a few days, no problem, but the bathtub only a short time.”

“Koda!” Asai grinned. “You have no room to talk. I’ve seen how you watch Horst when he happens to stop in. He hasn’t even tried the simulations yet since he hasn’t made it past the Coke counter.”

Koda’s face turned red as she shot daggers out of her eyes at Asai. “He’s just waiting until the lines go down. He’s polite and doesn’t want to cut in front of anyone.”

Asai guffawed. “Doesn’t want to miss a chance to spend time with you is more like it.”

Koda looked at her through the hair she had let fall over her face in an unsuccessful attempt to hide her blush. “Well, what can I say? He’s polite and has good taste.”

“Where is the blond hunk, by the way?” Asai asked.

“I still have a hard time believing he’s a wolf,” Asai mused. “After the attacks in the rural areas by those tiger men, I have a hard time thinking that Horst, as kind as he has been, is a—what is it again Yuko—a Wetzelbag?”

“’Wechselbalg’ is the proper term,” Yuko answered. “But they’re no different from any other people. There are good and bad.”

“I hope Horst can find some of his people. He’s really depressed about the loss of his brother. He doesn’t blame anyone,” she added quickly, “but he really misses him.”

“Akio has the location of several groups of Wechselbalg in the area Horst is from,” Eve offered. “Though it’s been many years, hopefully, one of those groups will be his.”

Koda was silent during this exchange, her face showing concern. She would never say anything, but she had become very fond of Horst in the short time she had known him. He had spent many hours talking to her after her kidnapping and was a big part of the reason she didn’t run back to Kume after her rescue by Eve. The thought that he might want to leave if he found his pack worried her.

Yuko noticed Koda’s discomfort at the conversation and walked over to where she was sitting, then leaned down and whispered, “Just because he might find some of the members of his old pack, it doesn’t mean he will want to stay there. He was a child when he left and has been away for many years.”

Koda lowered her head, ashamed that she was secretly hoping he would not find a reason to remain in Germany. “I know, Yuko. I really want what’s best for him. He helped me a lot after my ordeal. He helped me understand that there is more good here than bad, and that there is just as much bad outside of the cities as in them. I admit that when Eve saved me, I was seriously considering running back to my father’s house on Kume and never leaving. Now I feel I can do much more good by remaining here, as long as I have my communicator.” She pulled on a chain tucked inside of her shirt, showing the device, which was firmly attached. “I don’t have to be afraid of a repeat of that.”

Yuko nodded and smiled. “Akio plans to start training you and Asai to protect yourselves as soon as we get the staff up to speed here. Plus, I don’t think you will have to worry about being caught out alone again. Horst seems quite taken with you, and I think there is little danger of him leaving even if he does find others in Germany. With him around, I fear more for anyone who bothers you. Weres are extremely vicious when protecting someone they care about.”

“After the damage the Yakuza has suffered from Akio’s little suggestion to Sero, the most you will have to fear is a random mugger. As long as that man-mountain is with you, there is little danger of that.” Eve laughed.

“I still plan to learn all Akio is willing to teach me.” Koda’s face paled as she thought about her treatment at the hands of Sero’s henchmen. “I might even want to learn to use some form of weapon. I don’t plan on ever being a victim again,” she finished with cold certainty.

Hmmm. sounds like there's a lot going on! Tomorrow we get to read it all and see what's happening and how Akio is going to kick some major butt! Hehehe

Don't forget to get your copy now, Retaliation, Book 1 of Akio's Revelations! 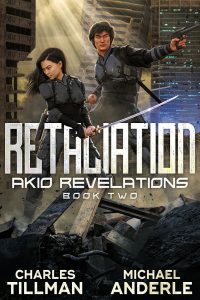