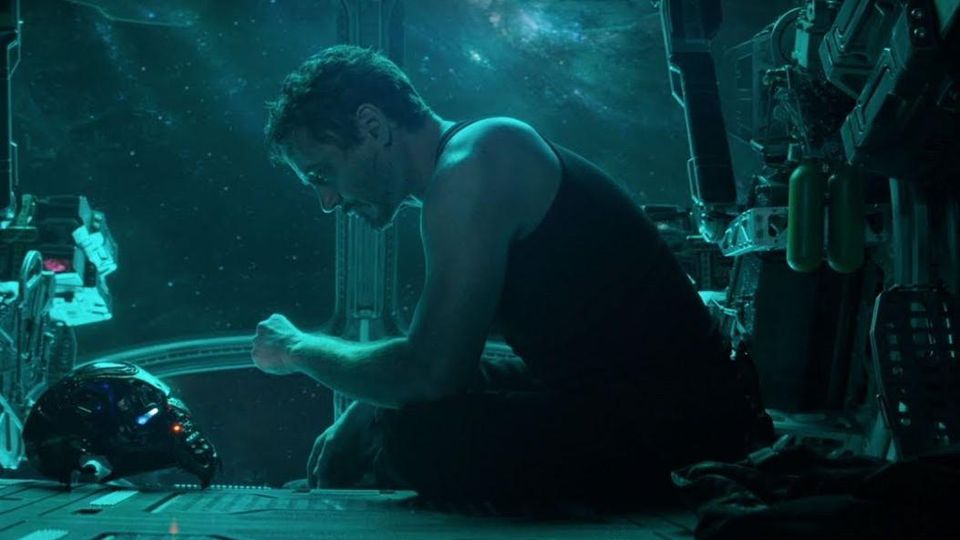 Part of the journey is the end. So says Tony Stark at the start of the two minute and twenty-five-second long first travel for the upcoming fourth and, if Marvel Studios is to be believed, last Avengers film, which also reveals the long-awaited subtitle: Endgame. With this, we begin to set the stage for whatever that film is and how the actors and characters we love so much will make their exit from the MCU.

The trailer begins with Stark on one of the ships from Titan, out of food and water and soon out of air as well. He records a message into the heavily damaged helmet of his Iron Man suit for his fiancee, Pepper Potts. We then shift to Thanos, having left his armor behind, walking on a world with flowers, with Black Widow voice-over, talking about how Thanos did what he promised, killing one-half of all creatures. Quick cuts to some of the surviving characters, Widow, Captain America, Bruce Banner, Thor, and Nebula. We see Natasha encounter someone in a new, less flashy outfit with a bow, revealed to be the former Hawkeye, Clint Barton, in his Ronin guise. Widow assures Captain that whatever they have planned is going to work, to which he replies: “I know it is, because I don’t know what I’m going to do if it doesn’t. The title card appears, the subtitle forming from rubble backlit in purple. The final moment is Scott Lang outside the front gates of the Avengers HQ asking to be let in as Captain and Widow look on with stunned amazement.

The trailer, while not letting on a whole lot about what will happen in the movie, the trailer is filled with emotion, a desperate need to hope. Captain barely knows what to do with himself, and Tony has resigned himself to his fate, to die alone in space. Widow has faith, having been in hopeless places before, she can’t allow herself to think about long-term defeat.

The following are characters who, post Ant Man and the Wasp, we know are alive but not featured in this first trailer: War Machine, Rocket Racoon, Okoye, and M’Baku. Will they be an important part of whatever the Endgame turns out to be? While I can’t imagine the only member of the Guardians of the Galaxy to survive Infinity War won’t be a part of the events of its sequel, But I wonder how they get all of these pieces together.

Thanos is on some other world now, we know this both from the end if Infinity Wars and from the trailer of Endgame. We also know that Nebula and Tony are together on the ship, but how will they join the group? They most certainly not have them die alone on that ship. Here are some of my ideas of how they join the group:

All in all, I’m blown away by this first sneak peek at the fourth Avengers movie. I am hoping that Endgame is a good conclusion for the characters we’ve been following for a decade now, but also that this can be a good place to start off with these new characters. I want to see how the characters who were turned to dust return, as we all know they have sequels coming up, so they must return somehow. Not every Avengers film was spectacular, I’m looking at you Age of Ultron, so here’s to hoping this conclusion lands.