Bundles of books at a great price! 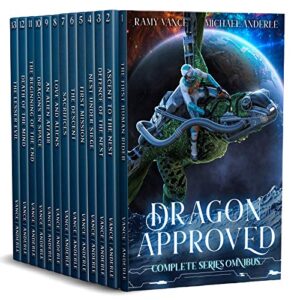 With every passing day, more and more Dragonriders are falling under the scourge of the Dark One. The forces of humanity and their allies are desperate. They need a new hero to step up and turn the tide. Myrddin, the resistance’s leader, thinks he might have found that someone…on Earth, of all places.

Word has just come from the east that the Dark One is launching his largest assault yet, but there is still time to stop him. If, that is, they can find someone good enough to take him on.  Alex Bound just might be the rider they need. But a human has never been accepted as a Dragonrider.  Let alone a blind human… 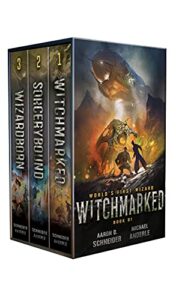 Enter a darkened world where, so far, no one has won World War I and now dark monsters are choosing sides in the World First Wizard Complete Series boxed set. Dive into a double-fisted tale of war, magic, and bloody conspiracies in the grim alternate history of the War to End All Wars.

Included in this set: 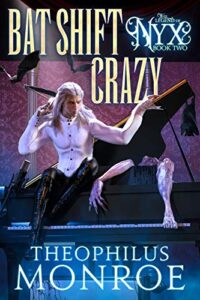 I think I’m going batty… Literally… I told myself I’d never go back. I’m returning to the Vilokan Asylum of the Magically and Mentally Deranged… Not to get treated… but perhaps Doctor Cain can help.

The world’s original werewolf… and its first murderer. If anyone can help me get a handle on an undesirable shape-shifting situation… it’s him. But there is a coven of bat-shifting vampires with other plans. Surely their appearance and my… acquisition of this ability… isn’t a coincidence. If I’ve learned anything hunting vampires, it’s that I can guarantee that they’re up to no good. And I can’t help but wonder… am I the one hunting them?  Or have the tables turned? 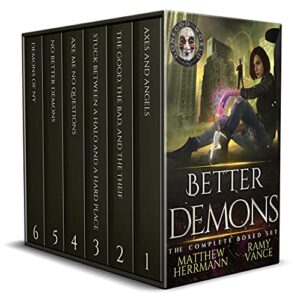 A dangerous job, a pair of pint-sized familiars on her shoulders, a crush on a constellation … No wonder Theo Apollonia’s relationship status just says, “It’s complicated.” Snarky thief Theo Apollonia has life figured out: steal priceless artifacts—pay off her debts. But when she and her familiars, Simon and Garfunkel, botch their most dangerous heist yet, they find themselves on the wrong side of a powerful demigod … Turns out all the legends are true. Banished demigods really do hold grudges.  Now Theo must take on powerful mythical guardians, warring gangs and an underground arena where mythical creatures battle to the death. First rule of mythical Fight Club: everyone dies. 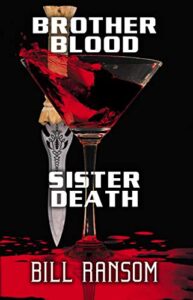 Daniel created Matrix, a face pack for beauty shops, which pulls blood through skin, leaves blissful clients, kills and alerts no one. Daniel cultivates his human side; Diana mocks him. Impatient, she hunts out of spite as much as need. 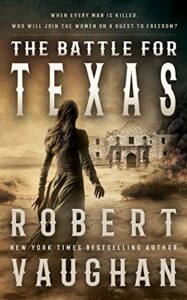 The Battle For Texas:

The Battle for Texas begins with the brave defense of the Alamo in which every man is killed. The women of the Alamo, Susanna Dickinson and Caroline LaFont are spared. Luke Calhoun, who arrived too late to join the defenders of the Alamo, is held captive by the Mexicans until the end. It is then that he is freed by Santa Anna in order to lead the women to safety.

Luke joins Sam Houston in the epic battle for Texas Independence on the plains of San Jacinto, a battle Caroline observes from a secure position. The ordeal she and Luke have faced has brought them together so that, as man and wife, they begin their future in a free Texas. 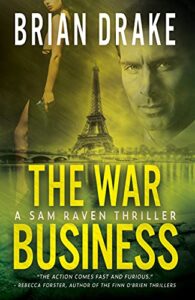 Sam Raven and Aaron Osborne forged a warrior’s bond in the toughest covert battles of the Iraq War. Now, Aaron is desperate for Raven’s help. He owes a debt to the kind of people who don’t take IOUs and plans to rip off a pair of French drug dealers to get the money fast.

Raven thinks the plan poses too many risks, but Aaron saved his life once, he can’t let a friend down. The best way to make sure Aaron gets away clean is to help him pull off the heist.

But when Raven discovers Aaron has lied to him, and the stolen money is actually financing a war profiteering conspiracy to ignite a conflagration in Europe, he’ll chase his old friend from one side of the world and back again to prevent the deaths of millions of innocent people.

If you see this message after July 28th and want to be notified of future price promotions, please sign up for our newsletter at www.lmbpn.com/email.