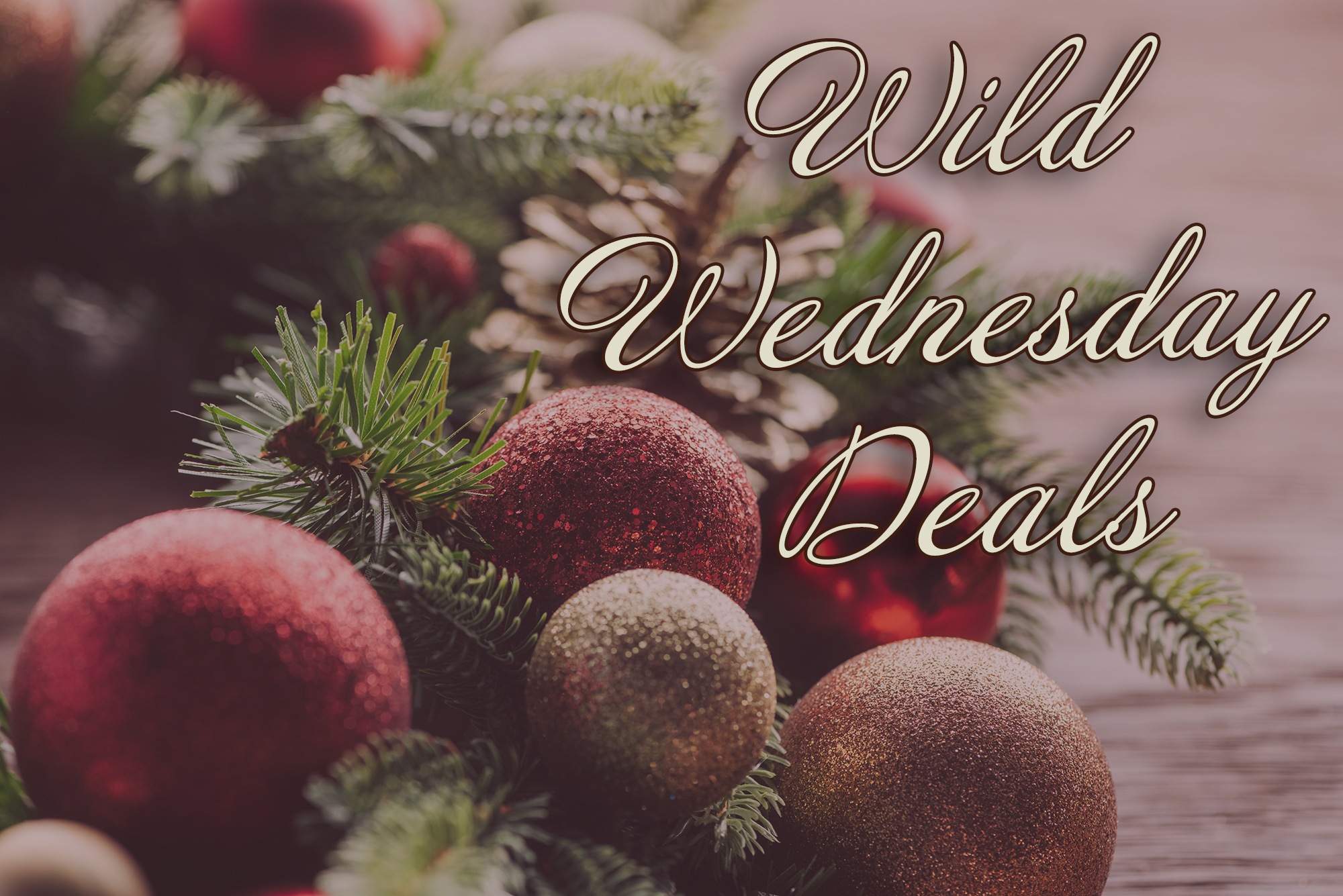 The Christmas season is officially here, the party starts today with some sweet deals! 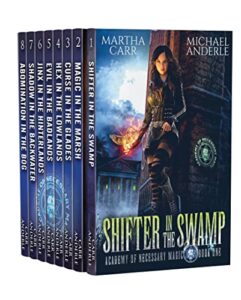 Do you want to be a Bounty Hunter? Class is now in session at the Academy of Necessary Magic. Founded by Johnny Walker, Leira Berens and James Brownstone, students will learn how to go after magical creatures that need to be subdued while being the best bounty hunters in the country… if they survive the course work.

Amanda Coulier is a young shifter and ward of one of the greatest bounty hunters of all time. But Johnny Walker is better with hound dogs than young girls. Especially the kind who can grow fur and fangs and rip out your throat in the middle of teenage angst. Where to send Amanda for an education that won’t leave anyone in tears… or dead? 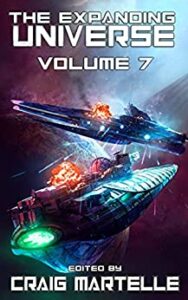 Explore the universe…
“Two possibilities exist: either we are alone in the universe or we are not. Both are equally terrifying.” Arthur C Clarke penned those words, and they stand true to this day. Do we want to be alone? Leave it to science fiction authors to address that question in equal measure.

Aliens can be peaceful or not. Who will emerge as the superior strain of intelligence? Humanity may be new to the game, but they aren’t new to conflict. Fantastic races vying for dominance. A microcosm of the greater good. Battles fought for higher ideals. Battles fought just to survive.
War doesn’t care about human or alien. The soldiers fight, and they fight hard, as if their lives depend on it. Because they do. 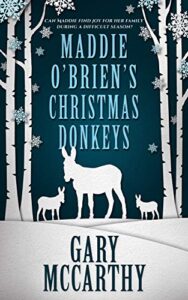 “Creative, fun and sure to make you smile.”

Another difficult Christmas season is approaching for the O’Brien family.

This year, Maddie O’Brien is hoping for something special to bring joy into the lives of her family. Unexpectedly, one snowy night all her dreams might be answered when a small band of abandoned and hungry donkeys appears at the barn door braying for food. 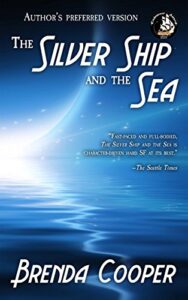 The Silver Ship and the Sea:

Six genetically enhanced children are stranded on the colony planet Fremont in a war between genetic purists and those that would tinker with the code. Orphaned, the children have few remnants of their heritage other than an old woman who was abandoned at the end of the war, and a mysterious silver ship that appears to have no doors.

To keep themselves alive, the children must leave the safety of the insular community and brave the beautiful but dangerous wilds of Fremont. Is it an echo of their own natures, or a proving ground of their genetic worth? In this battle of wills and principles, what does the future hold for Fremont’s Children? 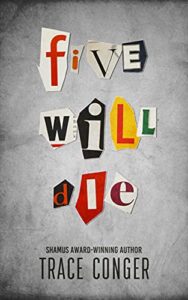 Nothing ever happens in Lincoln, Ohio. Sheriff Tim Burke likes it that way. That’s why he moved to the tranquil town after a panic disorder, triggered by a gruesome unsolved case, forced him to retire from Cleveland’s Homicide Division. These days, the only thing Burke has to worry about is who spray-painted the side of Walt Tanner’s barn. That all changes when someone slips a note under Burke’s door. A note claiming five people will die in Lincoln. At first, Burke and his two deputies dismiss it as a prank by local teenagers, the same troublemakers he singled out for defacing Walt’s barn. Then the first body turns up. Then the second.
Consumed by the murder investigation, Burke uncovers a link to another small Ohio town, where a killer left a similar note, claimed five victims, and vanished without a trace. 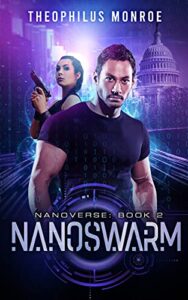 The nanonetwork has been upgraded. I can still access the nanobots… But when I do, it leaves the host unconscious. Transferring their mind into the nanoswarm.

Dr. Archimedes Flat is expanding his nanoverse. Collecting minds to craft a new “utopia” forged from collective memory. He believes it's the next step in human evolution. And if a few people have to die to make it happen, well, in his mind that's nothing more than the survival of the fittest.

If I'm going to stop him, I'll have to fight him in the nanoverse itself. But Flat designed the nanoverse. He's it's architect. The god of his digital world. How can I possibly defeat the maker of the nanoverse from within his own creation? After all, in the nanoverse, Flat makes all the rules. 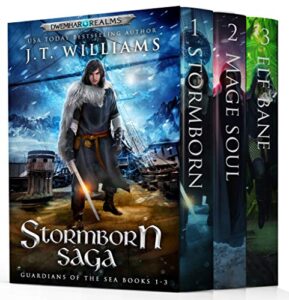 Stormborn Saga: Guardian of the Seas:

Valrin was born of the sea. Raised by his adopted elven aunt on a small fishing island he knows nothing of his past and wonders of his future…. until the unexpected arrival of a mysterious ship changes everything.

Joining a misfit crew running from a dangerous dwarven empire, Valrin learns quickly what it means to be Stormborn. In this epic three book set, you will meet the strangest of the strange. From men forbidden to die to cannibalistic shadow elves and a dwarven necromancer. Embark upon the cold, dark Glacial Seas and unlock the power of an ancient lost race. 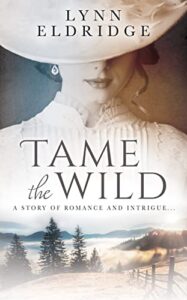 On New Year’s Eve 1905, Genevieve Morgan attends a ball at the elaborate Palace Hotel in San Francisco hosted by Seth Comstock, the newest, most eligible bachelor in town. Desperate to escape the infamous bordello she inherited, Genevieve hopes to charm and marry Comstock. Easier said than done for a nobody fish in a little pond who cannot waltz. As Seth catches her eye, Genevieve prays he has a warm personality to take the chill off his cold smile. Seth warns his twin sister, Selma, to distract Harriett Peak, a local journalist who wrote about the Nob Hill house he claims he’s building, so that he can make Genevieve his teammate for a midnight scavenger hunt. Genevieve is not to suspect this ball is for her benefit. Enter Luke Harper, a riverboat gambler who is staying at the hotel while he unloads a horse ranch he won in a high stakes poker game. One glance at the beautiful siren with lilac cat eyes and Luke goes on his own kind of hunt.

If you see this message after December 1st and want to be notified of future price promotions, please sign up for our newsletter at www.lmbpn.com/email.