Let’s face it: the comic book reading generation is slowly (& sadly) coming to a hiatus. That being said, it makes perfect sense to bring back old childhood favorites, especially comic books.

We’re currently in an era where one can merely change the channel and watch zombies like AMC's The Walking Dead, or young adult adventures such as the CW's Riverdale. Despite their differences, both shows continuously maintain high ratings among their audience(s). In recent decades, TV shows have ranged from westerns, cop shows, and teen angst, to superheroes, villains, and everything else in between. The comic book industry is doing a 360-spin on some beloved classics. 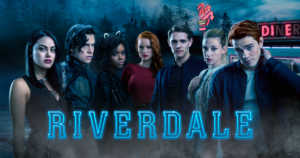 With today’s wide spectrum of TV shows, there really is something for everyone. On the one hand lies the more sinister and serious shows such as Hulu’s 2017 premiere of Runaways. On the other hand is the total opposite- a show full of comedic tropes, such as Amazon´s The Tick. Furthermore, viewers can also enjoy animated and lighthearted TV series based on comic book characters, like Cartoon Network’s Teen Titans Go!

Producers are swooping in and bringing back these beloved comic book characters- the same ones we used to read in bed late at night, hiding under the covers with just our handy flashlights. Over the past few years, TV producers have presented numerous shows featuring superheroes, villains, or both. One show that has received amazing feedback is Netflix’s Luke Cage, starring Mike Colter. Yet, one show that has not done so hot is Netflix’s MCU show Iron Fist. Unfortunately, production did not acknowledge the viewers’ pleas to cast an Asian-American actor, instead hiring Finn Jones. 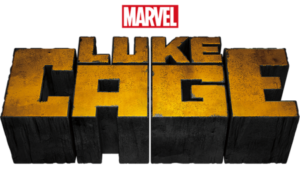 Nonetheless, viewers continue craving these comic-based shows. The popularity of these TV shows is partly due to their wide diversity of cast members. Back in the day, producers were against diversity; nowadays, it is crucial in order to keep the cult following and to avoid backlash from viewers, the media, etc. Production companies have, indeed, been pushing the realms of their characters. It seems that they truly aspire to create a more diverse cast, however, it appears that all it really takes is just the right actor.

Unlike in the past, today’s producers have the advantage of readily available, sophisticated, and affordable visual graphics to utilize for special effects. With several different channels and streaming platforms featuring unlimited consumption capacity, there is an undeniably higher demand for new content. And what better source of material than decades of old comic book strips? With these graphic scripts ready to use, many executives and producers seem to have their work cut out for them. Luckily for viewers, there is more than enough content for future comic-based series!

Perhaps the most important takeaway is that watching an episode of a comic book-based TV series provides an escape from the present world, without forgetting the morality and social norms displayed in these shows. This may be just a phase of television. Who knows? Maybe we will eventually become overshadowed by cheesy sitcoms, soap operas, or cop dramas, but the truth is that the end of seeing comic books coming to life is not only remarkable, but crucial to these changing times. In any case, we totally ship it.

Let us know in the comments below what your favorite new show is!