Craig here – so many stories to tell.

I just returned two days ago from GaryCon – a convention to honor the late Gary Gygax and his creation, Dungeons and Dragons. This year, over 3000 people descended on Lake Geneva, Wisconsin to play games for four days. And when I say four days, that means four sixteen-hour marathons of gaming. So many games, but for me, it's the storytelling. I ran one game from which I wrote a book last year. I've written a number of short stories for 77 Worlds anthologies – these are only in paperback at present, but I worked Stephen hard to make sure they get put up on Amazon soon. 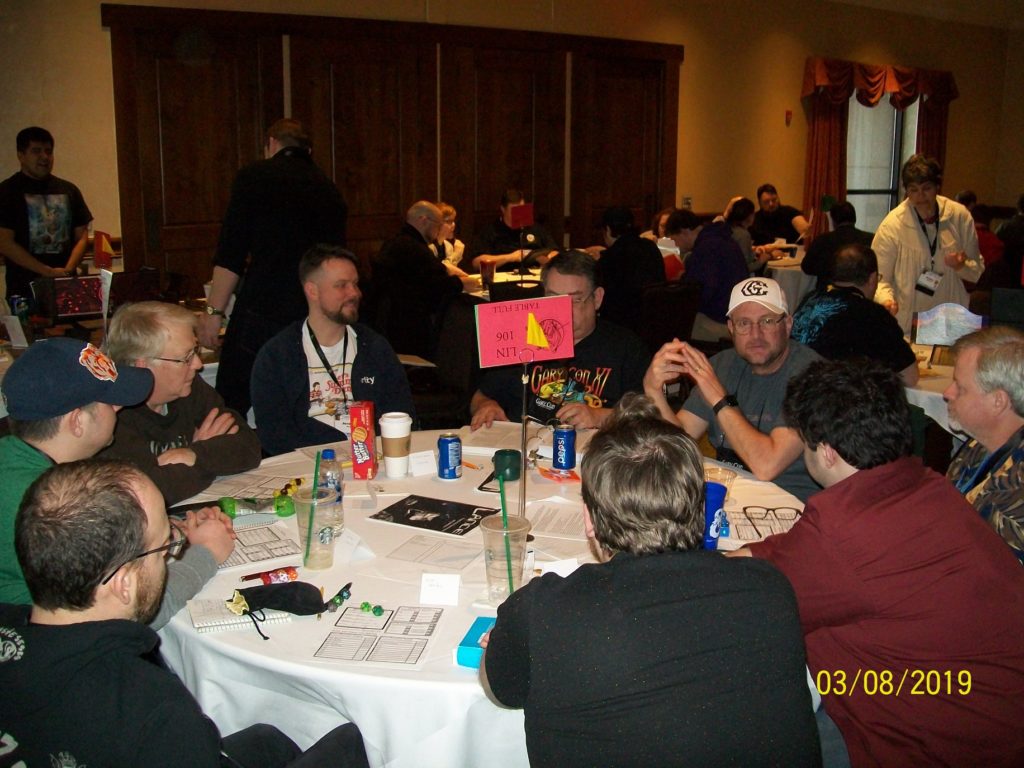 I mashed my melon on a low-hanging light on the second day as I was looking out for ice on the sidewalk. That's right. I was on the sidewalk and ran head first into a light. That'll leave a mark! I also got to spend time with my brother – I had a suite at a nearby hotel and he stayed with me. He lost his wife of 40 years in October and has been a bit lonely since then. Now he lives for conventions and gaming.

Watching the tales unfold as the players were fully immersed in the adventure is more of a joy to behold than some of the finely crafted dioramas and well-painted figures. I love the ideas and imagination that RPGs unleash.

I ate too much. And might have drank too much, too. But it is one mass party of unsupervised children who look like older adults. A massive party. The first picture (above) is me in the middle of a game, with too many day's growth on my face and not enough sleep. Yes, I was pontificating. We had one player who wasn't playing well, yet wanted to dominate the game. After a lawyerly bit of rhetoric, we got back on track. The second picture (below) is me game-mastering the Ruins of Juneau:) 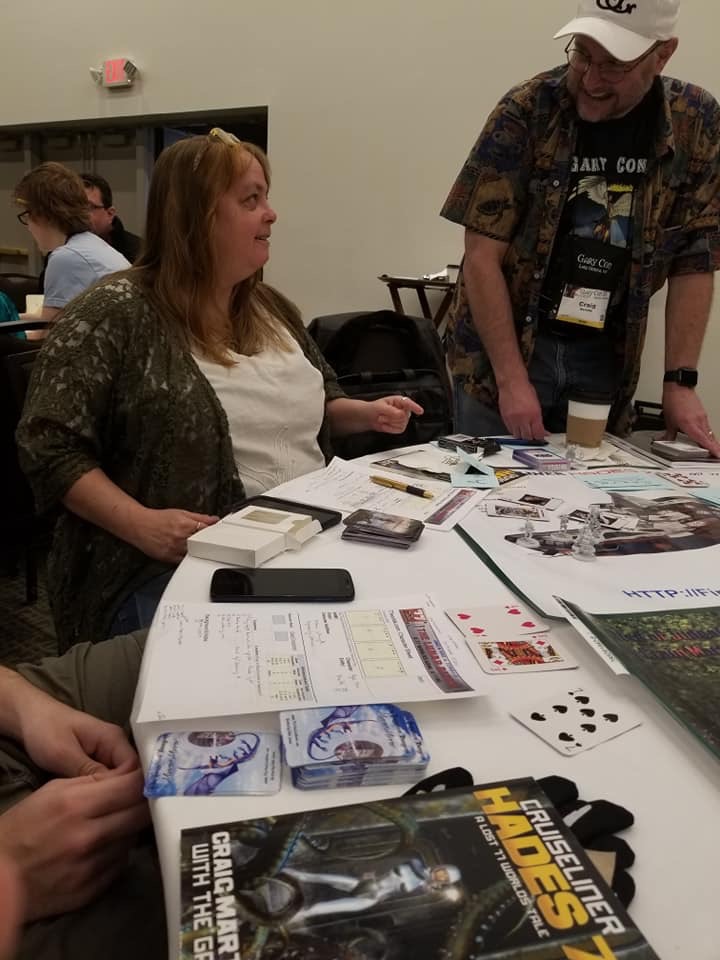