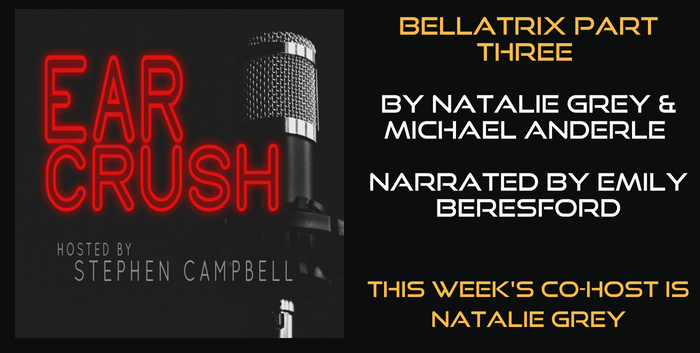 Today we hear part three of Bellatrix and Natalie Grey joins us again as our co-host.

In the Ear Crush intro, we spend some time talking about Natalie's latest series, The Vigilante Chronicles, which feature Barnabas and Shinigami. (More below)

We also chat about some of Natalie's other books, which include the Dragon Corps series, which as she puts it are also shenanigans in space 🙂  You can find all of Natalie's books here:

If you can’t wait until next week for more of Bellatrix you can grab a copy now for only $.99 at Amazon.

And you can get started on the Vigilante Chronicles immediately as well.  Book one is Vigilante and it's available exclusively at Amazon. 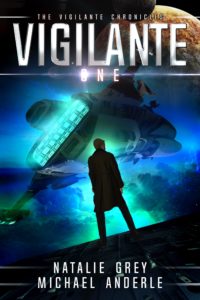 One man leaves the life of a lawman behind him and works to clean up a new area in space.

On the planet now known as High Tortuga, the mine workers are far too close to being slaves so the ruler of the planet shut them down.

Except for the mine owned by Venfirdri Lan.

He's taken his mine off the grid and decided to keep everything running. With no need to pay the workers, profits should be good.

After all, who's going to stop him?

He had no idea there was a new type of man working for justice on the planet.

In fact, he didn't even know who Barnabas was. But he's about to.

Barnabas may not be Ranger One anymore, but one thing definitely has not changed: when someone screws over the powerless, Barnabas is going to bring the pain. With a bloodthirsty AI running his advanced spaceship, those who love evil should start looking over their shoulders.

Join the email list to be notified of new audiobook releases and to be eligible for free stuff from LMBPN Publishing.  Click here to signup.