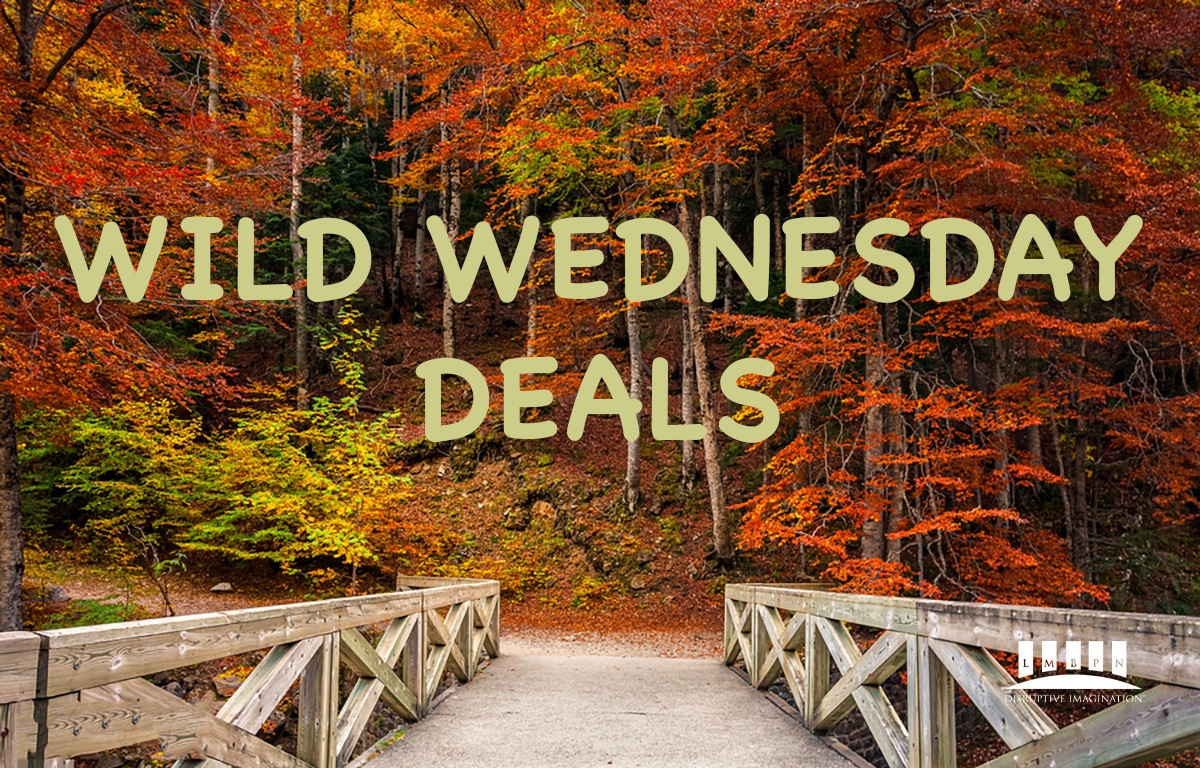 Sink Your Teeth into These Awesome Deals 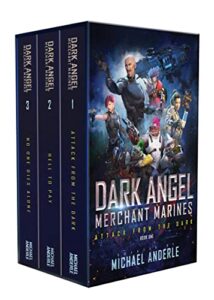 Daria's day went from bad to worse. To get away from it all, and clear her name, Daria comes on board with the motley crew of the Atlanta. Neither she nor Captain Lombe has a clue what lies around the next bend, but fortune favors the bold, right? Daria was not having a good day, even before she found herself locked up. Betrayed by her brothers-in-arms, Daria barely escaped being killed in the fallout. Without a friend in the galaxy, she finds herself dragged away for something those treacherous bastards did. Help is coming, just not the kind Daria was expecting. A dapper gent she's never met blasting the doors off her cell pulls Daria deeper into the rabbit hole. She must decide whether to fight the charges against her or make a run for her life with her rescuer. As it turns out, this wasn't what Captain Lombe had in mind, either. For the down-on-her-luck merc and the gentleman smuggler whose hopes rest on her, the winds are a-blowing. 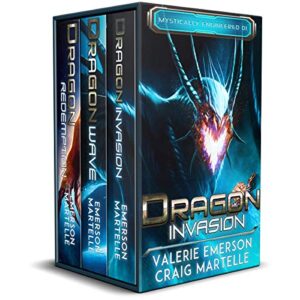 Dragons don’t exist. Except on the Astral Plane where humans aren’t welcome. When humanity built spaceships and headed to the stars, they found the dragons waiting. Some places they’ll let humans go. Others they won’t. And sometimes humanity refuses to be denied. That’s where the Mystics come in. They commune with the Astral Plane. They deal with the dragons. They suffer the dragon’s fury. And sometimes they bend the dragons to their will. Very few have the gift of seeing the Astral Plane. Their innate talents are nurtured in the Mystic Academy while Earth Fleet has its own academy where they train the best and brightest for careers in space. The fleet has to work within the laws of physics. And they have to work with the Mystics, too, even though they don’t understand them. Because they don’t believe that Dragons are real. 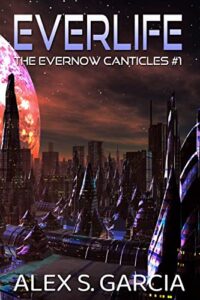 A magician, an alien mask, thousands of gods… What could possibly go wrong?

Born an orphan and known throughout the empire as a powerful magician, Paul is on a lifelong quest to find answers about his past. Jack is a historian obsessed with the famous Face of Xian–an alien mask which has puzzled the universe for thousands of years. An obsession his friends can't understand, and which he himself cannot explain. Along with a detective, an archaeologist, and others, their destinies cross on a world brimming with alien artifacts. A world where thousands of gods walk among men, and where fanatics consider offworlders as heretics and raiders.

Some might call this a recipe for disaster, and they'd be right. 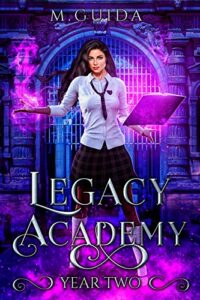 Whew, my first year at the academy is over––what a ride.

I found a magical orb that showed me Mom is alive, but I don’t know where she is. The only way to find her is for me to master my powers, but I’m failing. If I don’t pass, I’ll be kicked out of school.

Without my powers, I won’t be strong enough to defeat the Dark Demons and rescue Mom. My two handsome princes are still with me. They make it hard to stay focused, but I have to, or Mom will slip through my fingers. Unfortunately, the Dark Demons are becoming bolder and if I don’t work fast, I could lose everyone I love. 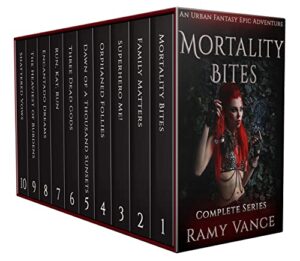 Four years ago, the gods left. All of them. Their last message to humanity was, “Thank you for believing in us, but it is not enough. We're leaving. Good luck.” Mythical creatures are real, and the world is finding out what life without the gods’ protection looks like. Discovering that your neighbor was once an evil, blood-sucking fiend tends to bring property values down… After three hundred years of being a vampire, Katrina Darling has forgotten what it means to be human.  Kat’s only real friend has been ritually sacrificed by a serial killer. Kat is sure more death will follow. She should know. She used to be the monster plunging the blade in. Now she's determined to find whoever—or whatever—killed her friend before more victims surface. But just as the hunt begins, a mysterious young man discovers exactly what she was. 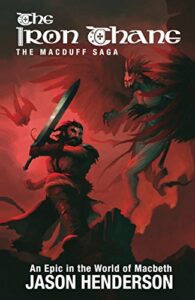 Lay on, Macduff! And damned be he who first cries Hold, Enough! Macbeth was just the beginning. Amid the smoke and chaos following the destruction of Scotland’s mad king, the Prince of Dark Elves decides the time is ripe to unleash an assault on all of humanity. And he will begin by doing what he does best: stealing the souls of children to build his army. The Erl-King’s victory is not inevitable; he can be stopped—but those who have the power choose not to. The three immortal Sisters worry about Fate. Oberon, king of the lightning-fast little people, will not risk his legions. The Erl-King’s own son, fully as powerful as his father, would fight, but his mother will not let him—and he is only five years old. In all the world there is one who might bind together these disparate forces and lead them in battle against darkness: Macduff, Thane of Fife, a mortal who thinks he has outlived a destiny that has only begun. 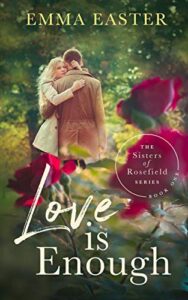 Sienna Gardner lives a life most could only dream of. The socialite is engaged to one of New York’s most eligible bachelors, and is paid a small fortune to grace the covers of high-end magazines. But her champagne existence comes to a screeching halt when she suffers a wake-up call that throws into question her values and choices. Back in their hometown, Audrey Gardner is too busy working as a police officer to worry about her high-flying sister in New York. She’s on the precipice of becoming Police Chief, when a new officer appears from Miami. He’s handsome, experienced, and ready to step right into the role she’s worked so hard for. Trisha Gardner Coleman pities her busy sisters and their loud, career-focused lives. She thanks God for her husband Stan, and the family they hope to make together. But Stan has been keeping secrets, and Trisha is about to learn that her sweet, domestic existence is masking an ugly lie. The three sisters are all approaching crises that will leave them questioning everything they believe. 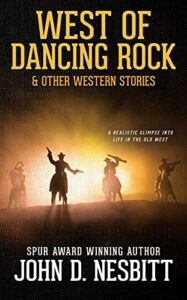 In West of Dancing Rock, a lone rider is ambushed by a man who has stalked him through the West. At the showdown, the rider confirms why the nameless avenger has been following him.

This short story collection introduces you to life in the Old West as you join each cowboy on their daring journey. Full of action, romance, crime, and lots of whiskey – these fast-moving western stories will leave you wanting to saddle up. 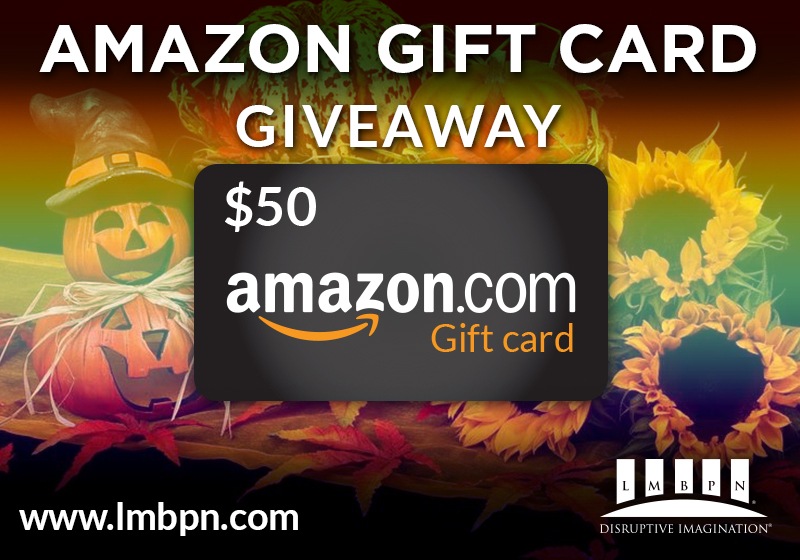 If you see this message after October 5th, 2022, and want to be notified of future price promotions, please sign up for our newsletter at www.lmbpn.com/email.