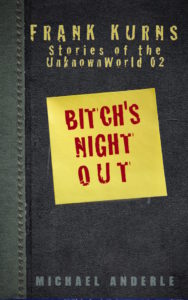 “No, give me the long one, this short stick doesn’t feel right in my hands,” Darryl quipped.

Akio smiled, “Here, let me feel it.” Darryl handed it to him, smiling. Akio looked over, “It’s all in the way you handle your gun to get the most bang from it.”

John chuckled, “Whatever you two, get your damned sticks and whatever personal ‘fuck them up’ stuff you want.”

Dan called out from the second room over, “Anyone want some plastique?” He asked as he came through one of the doors with a lockbox, “I’ll have to open it if you do.”

“Seriously?” Darryl turned from joking with Akio, “I’ll take me some of that!”

Dan pulled out his key ring, “Seriously guys, don’t fuck me over. Bring back video, ok?”

“No worries,” John answered, “We have the helmets with heads up upgrades that have the built in video and the Pods have video that ADAM is controlling. Also, ADAM is doing an immediate download to Frank. He wants to write a story up on it immediately to put out as ‘fiction.' Hey, here are some knives guys.”

“Someone is bound to see through that shit,” Eric commented.

“I’m pretty sure that is the plan,” Peter said as he pulled a few boxes of shells for a shotgun.

“Why the hell are you pulling a shotgun when you have those two beasts on your hips?” Scott asked, pointing to the two rail gun pistols Peter was packing.

“These pistols are accurate to as far as I can see, but they won’t make near the bloody mess a shotgun will up close,” Peter replied, putting the shells into a bag.

“Who needs six inches?” John called out holding a knife up in the air, “Shut-up Akio!” Everyone laughed.

Everyone chuckled some more with Akio’s retort, “I start at twenty-seven inches, John.”

All of the men looked to Darryl who just grinned, “What can I say? Some things are true about black men.”

Dan called out, “Anyone want grenades?”

“If you do,” Darryl commented, “Mr. Grenade is not your friend, or mine, once you pull the pin.”

“I want a few explosive incendiaries,” said John, “I want the opportunity to drop them in on someone. That shit just seems funny.”

“Hey!” called a female’s voice and all of the men turned to see Jean Dukes standing behind them holding a big ass wooden box. She was even straining a little, “I’m not trying to pull the weak woman card here, but someone stop being all woman-are-equal shit and help a girl out.”

Akio and Peter were the closest, and both quickly stepped over and grabbed a handle. She let go, “Now, put that set on the bench. Those are from Bethany Anne.” she wiped her hands on her pants, “She had me make them last night.”

Peter and Akio moved the crate to the bench and Dan walked over to see what was in the chest. John looked at Dan who shrugged his shoulders, “No, I don’t know either.” He answered the unasked question.

The men piled around the box to see what Dukes had manufactured. John reached over and pulled on the simple master lock, but it held. All of them heard Jean say ‘oops’ and reach into her pocket to pull out a key ring.

Jean was going through the keys when she heard a gruff ‘no worries’ and metal snapping. She looked up to see John moving a broken lock off of the ring and setting it to the side.

She looked at the man and realized no one truly understood the power in these guys. Then, she started examining them and decided someone, or many someones, were going to have a very bad night indeed.

Scott reached over, and John put in his hands a special made tactical railgun rifle. The grips were stipple textured on both sides as well as having deep-cut grooves, both front and back straps and a beavertail for prolonged firing.

“Oh, my. That is long enough.” Akio said as he admired the rifle in Scott’s hands.

Peter looked back to Jean, “How many shots?”

“Seventy-five,” she said, “Bethany Anne wanted to make sure you enjoyed your evening. The rifles have three settings. Normal, which will push out the rounds at typical velocities, if only a little faster. Then twice normal and ten times normal for when you seriously want to fuck something up. They are hand coded to your biometrics. So, don’t leave them around, but no one is using them against you. Any Queen’s Bitch can use any gun, but she did have me put your names on each one.”

Jean looked over to Darryl, who had received his rifle, “Darryl – she told me to tell you that yours is a quarter-inch longer, so your ego wouldn't take a hit.” Jean winked, waved and turned to leave, “Have fun, boys!”

“God, she even makes size jokes, can there be a more perfect woman?” Darryl asked.

“Yes,” Admitted Eric, “To either. Have you seen the way Dukes caresses one of her railgun barrels? You require a cold shower afterward, I promise.” He admitted.

“Yes?” He turned from looking at Eric’s rifle.

John pulled one more rifle from the box, “This one has your name on it, with a note.”

Dan grinned as he accepted his rifle and held it to open the note and read it.

Dan spoke up, “She says she knows that I’ve got too much to do for tonight, but that she fully expects for me to be free on other occasions should I want to go.”

“Hell yeah.” Dan grinned, “I’m up for Bitch’s Night Out, Part Deux when it happens. Count me in.” He handed a smaller box of grenades over to John, “These are for you.”

“Thanks,” John took the box, “looks like we have a shit load of ammunition in here. I wonder how the hell she was able to carry it all?” John mused and looked back down the hallway where Jean Dukes disappeared.

“Interesting,” He thought out loud as his eyes followed where she went.