Get to Know Theophilus Monroe 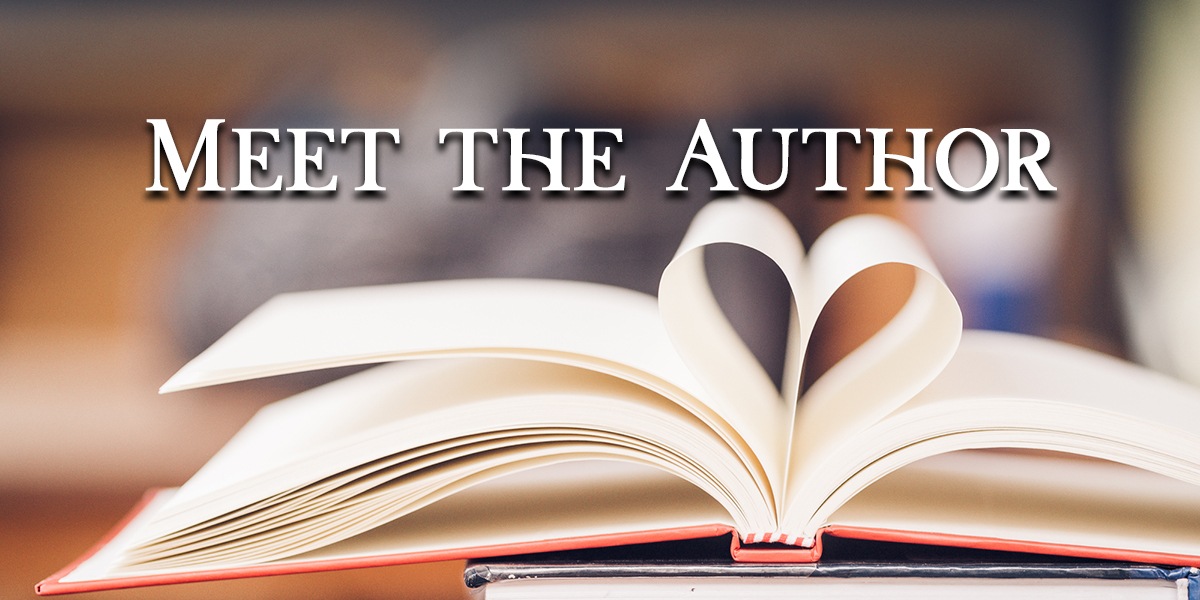 Last year, LMBPN Publishing welcomed a new collaborator, Theophilus Monroe, to the family. Like many of our authors, Theophilus had been writing for five years and publishing for the last two and continues to publish both independently and with LMBPN and says he's spent most of his adulthood writing in some fashion.

The first series he wrote for LMBPN, The Elven Prophecy, is in some sense a fantasized re-telling of his experience as a minister for seven years before discovering he could be a full time author. His current series, Chronicles of Zoey Grimm, is an action-packed urban fantasy featuring a strong female lead, Zoey. She's the daughter of the Grim Reaper and when she discovers she can’t reap and inherit her father’s mantle she goes to earth. Come to find out, she might have abilities she never knew. When she finds out her true gift, she’s set on a path that might make her the world’s best hope for thwarting a scheme by a host of supernatural baddies (and even a few gods!).

We hope you enjoy getting to know him in this interview! 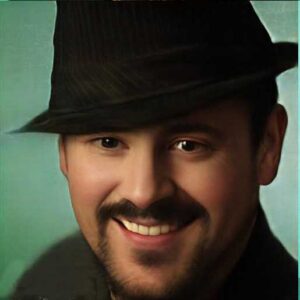 Are you a pantser, plotter, or plantser? Have you changed over time or have you always been that? And how does it work for you?
I’d say I’m a plantser, though more of a pantser than a plotter. I try to plot my stories. The problem? I find it difficult to really know how a character will respond to certain challenges until I get to know the character. I only get to know my characters by writing (I can’t really know a character through a character sheet any more than I can know someone by reading about them in a history book) So, generally, I plot a rough outline then I start writing. Usually around the 20% mark, though, the original outline is trash and I find a better, more exciting, story than planned. For the most part, though, I write to certain “plot points” or “beats” that follow a defined story structure. I “pants” my way from beat to beat with a conclusion of each story in mind from the start.

What does an average day look like for you?
I usually get up early and write a thousand words or so before helping my wife get the kiddos off to school. Then, it’s back to my man-shed (I built the thing myself) where I do most of my writing. I usually write most of the day. I take the afternoon/evening off to spend with the family. Once everyone is in bed, I write another chapter before hitting the sack.

Every author has their own unique method when it comes to writing. What is your routine when you sit down to write?
I don’t write on a computer. I use a distraction-free device to help me focus. I write in a building separate from the house where I’m free of distractions. Usually, I put on some kind of instrumental music to keep me in the “flow.” 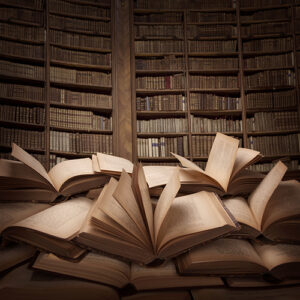 What in your life helped to create your stylized vision for your character/world and how have things in your current life helped to further that stylized world/character?
I think everything I’ve experienced in life (and the things I continue to experience on a daily basis) impact my stories. With several years studying for a Ph.D. in theology, I like to bring the myths of various religions into my books. I’m also a dad… so expect the occasional “dad joke” in most of my books.

What would you say is the hardest part of the writing process for you, and how do you overcome it when creating a novel?
Maintaining focus is always a challenge. I do what I can to eliminate distractions. Still, I have a wandering mind. Since I’m usually working on more than one book at a time, though, if I run into a wall and struggle to figure out what should come next I often shift gears to another book. I’ll return to the first book when I hit another wall and usually by allowing my mind to wander in a different “creative space” for a while I find that I’m able to press forward.

Why do you write?
It’s fun!  I’m much better with written words than spoken words. My characters are, in some sense, my best therapists. They embody struggles, passions, and face situations that are sometimes analogous to those I face in life. Writing gives me an outlet and a “lens” through which I try to make sense of my own life!

If you could have known one thing before you started writing that you know now, what would that be?
Don’t make it harder than it needs to be. I don’t have to be Hemingway or Faulkner. The words don’t matter as much as the story. The prose can be polished later. The most important thing is telling the story and working on the details/prose later!

Who has been the most inspirational person for you when it comes to writing? Why?
This is going to sound like major brown-nosing, here, but Michael Anderle has to be on the top of my list. He’s already done what I’m trying to do. His success inspires me to press forward with faith that my books will find their audience if I’m writing a story that I love and enjoy. 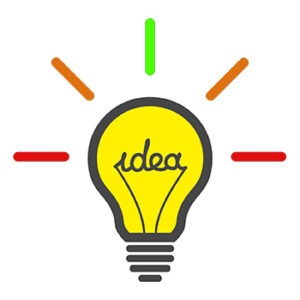 What advice would you give writers struggling with their own vision and worlds, characters, and subjects on how to best go forth with their writing, instead of allowing the negativity of their own minds to keep them from doing something?
Read something else—not just other fiction or books in your genre. Read myths, history, the news, etc., with your story in view. There’s often something you can draw from that can infuse life into your story.

Have you ever pushed yourself to the point of burnout and how did you recover from it?
I don’t think I’ve ever hit true burnout. However, I’ve had phases where my productivity declined because I couldn’t get in the groove or because I’d put too much pressure on myself with deadlines. I find getting away, spending some time in nature, or exercising, can bring me back to the keyboard rejuvenated.

What tip would you give to a creative writing class?
Don’t be too critical of yourself and don’t care too much about what other people think. If you’re enjoying your story as you’re writing it there will be others who enjoy it, tool.

What genres do you enjoy reading? Who is your favorite author(s) in those genres?
I read most anything in the “fantasy” genre. While my books are mostly “urban fantasy” I read a lot of epic/high/progression fantasy. I’ve always been a big Anne Rice fan. I read most of Brandon Sanderson’s books. Jim Butcher’s Dresden Files was my first urban fantasy “binge” and I’d say my books combine his style with Anne Rice’s darker supernatural flavor. I also enjoy classics, like J.R.R. Tolkien, C.S. Lewis, etc.

Now for some fun questions. 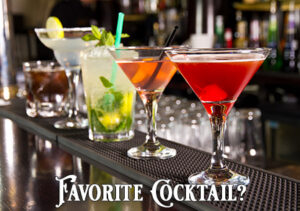 What is your favorite cocktail?
Water with lemon.

What is a food you’ve never tried, but want to?
I’m not sure, but I enjoy trying different cultural/ethnic foods. Anything outside my normal experience I’m game to try.

What are your hobbies?
I’m a bit of an amateur bodybuilder, though in my forties now I’m not as focused on building “size” as I used to be. I’m not really looking to emulate Arnold so much anymore as I am trying to be the healthiest/fittest version of myself.

If you could sit down and visit with any person, past or present, who would it be and why?
Jesus of Nazareth. I’d be fascinated to experience his real-world personality and insight. 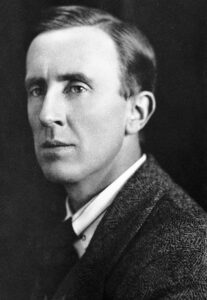 If you could sit down and visit with any AUTHOR, past or present, who would it be and why?
J.R.R. Tolkien. I’d say he’s the father of modern fantasy. I’d love to learn more about his process, worldbuilding, and plotting!

What would be your perfect vacation?
I’d love to explore the ruins of Ancient Greece of the Pyramids in Egypt.

Who is your favorite band?
Hard to say!  My musical tastes tend to shift with the season.

All-time favorite movie you will sit down and watch anytime it comes on?
Braveheart

Marvel or DC?
DC – I grew up wearing Superman pajamas.

Star Wars or Star Trek?
If Stargate isn’t an option, I’ll have to go with Star Wars.  It’s a little more philosophical, magical, etc., than Star Trek. Though, the intersection with history and archaeology really drives me to the Stargate universe above the other two.

Who shot first: Han or Greedo?
No clue. I had to google it, so I won’t put myself out there on a question that I’m sure the sci-fi readers here are more familiar with than I am.