The best way to celebrate the fall equinox is with deals!!! 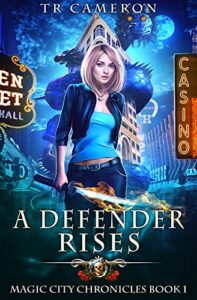 Ruby Achera just wanted a nice, quiet drink at her family’s casino in Magic City. The Mist Casino sits just above a kemana with an interior that would make a ghost feel right at home. Of course it does. After all, Magic City has to compete with nearby Vegas. A different kind of magic. Ruby is just back from University for the summer, catching up with an old friend when everything changes with a BANG!  A series of small blasts are exploding all around her. Chips are flying through the air. Someone wanted to announce their arrival in town. But who?

Ruby is about to get drawn into a battle for control of Magic City. They just made the fight personal. Is the Ebon Dragon Casino next? Will Ruby’s secrets get in her way? What waits at the end could change her life forever, if she survives the journey. 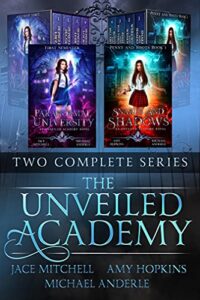 Claire Hinterland and Penny Hingston might be attending classes on opposite sides of the country, but they share something in common: they can see the ancient beings from myth and legend that are coming through the veil. Which results in both attending classes at Unveiled Academy. 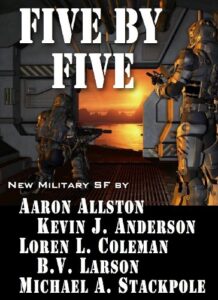 It’s a war out there. In these pulse-pounding tales, the best (or worst) soldiers in the galaxy are pitted against powerful aliens on distant battlefields. Never before published stories about monsters, deadly combat tech, treachery, and honor:

Big Plush by Aaron Allston,  Comrades in Arms by Kevin J. Anderson, Shores of the Infinite by Loren L. Coleman,  The Black Ship by B.V. Larson,  Out There by Michael A. Stackpole 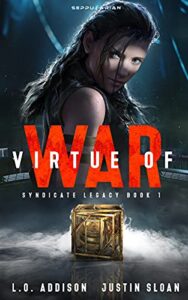 Kaylin Ramirez has been framed for the heist of the Virtue of War—an elite alien weapon with the power to destabilize the universe. She faces death if she doesn't return this legendary weapon.

How can she return what she doesn’t have? She'll have to steal it from the actual thieves.

Now she’s racing against time to retrieve the Virtue, but the odds promise almost certain death.

Can Kaylin pull off the near-impossible counter-heist of a lifetime? Or will she and the universe pay her nefarious rival’s ultimate price? 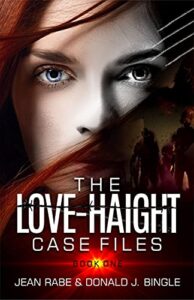 Since the Summer of Love, the Haight-Ashbury district of San Francisco has been known for attracting weird and unconventional souls, but things got even stranger when the monsters moved in.

Magic has returned to the world and with it a host of supernatural creatures—not just vampires and ghosts, but sentient gargoyles, ghouls, sprites, faeries, and more. The frightened citizenry, holier-than-thou bigots, headline-seeking reporters, and harried police refer to them as OTs (Other-Than-Humans), but Thomas Brock and Evelyn Love believe even supernatural creatures have legal rights. The city’s OT element is sometimes malevolent, sometimes misunderstood, and often discriminated against. Brock and Love represent them all, dead, undead, or alive—whatever the case, whatever the species. 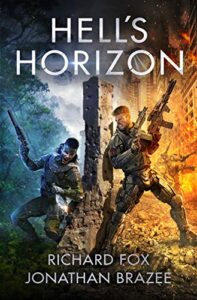 The war between the Alliance and the Hegemony has spanned countless stars and shed untold blood on a hundred worlds.

For two commanders, Alliance Captain Alcazar and Major Richter of the Hegemony the war has spiraled into a personal feud. Both lead fierce Marines and mechanized soldiers into battle against the other on the green hell of the planet Ayutthaya, and each new fallen warrior only deepens the bitterness and hatred between the two.
But as the conflict rages, the two warriors realize they have more in common than they dare to admit, and their own codes of honor may be what can bring the bloodshed to an end. If they don’t kill each other first. 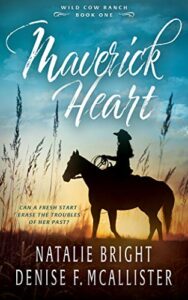 Carli Jameson is used to being on her own – abandoned by her mother as an infant – all she’s ever wanted is to feel like she belongs. She has had no choice except to be strong and independent, but now, can she learn to trust God to be her partner?

Georgia girl, Carli Jameson, inherits a Texas cattle ranch from grandparents she never knew. After much thought, she makes the courageous decision to pack up her life and move to Texas to run the ranch. She forges ahead into a new life filled with uncertainty and along the way discovers a ranching community that becomes the family she never had. When Carli drives away from her life in Georgia, no looking back, she intends to stick with her vow and not fall into any sweet romances, especially with a Texas cowboy. 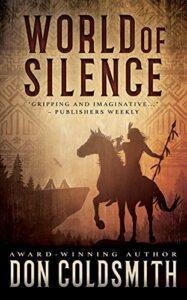 AN AUTHENTIC WESTERN NOVEL WITH A REALISTIC PORTRAYAL OF TRIBES LEARNING TO COMMUNICATE.

Born deaf and mute, Speaks-Not lives in a world of silence apart from his people, who later rename him Hunts-Alone for his successful hunting methods. Years later, the Forest People attack his encampment and kill his family, and the old man and his surviving young granddaughter follow a path of destiny – boldly carrying the seeds of their ancient heritage into an uncertain future.

Hand-Picked Promotions Just for You!

If you see this message after September 22nd and want to be notified of future price promotions, please sign up for our newsletter at www.lmbpn.com/email.