by Jen Hendricks | May 21, 2019 | Character Interview, Header Feature, What to Watch 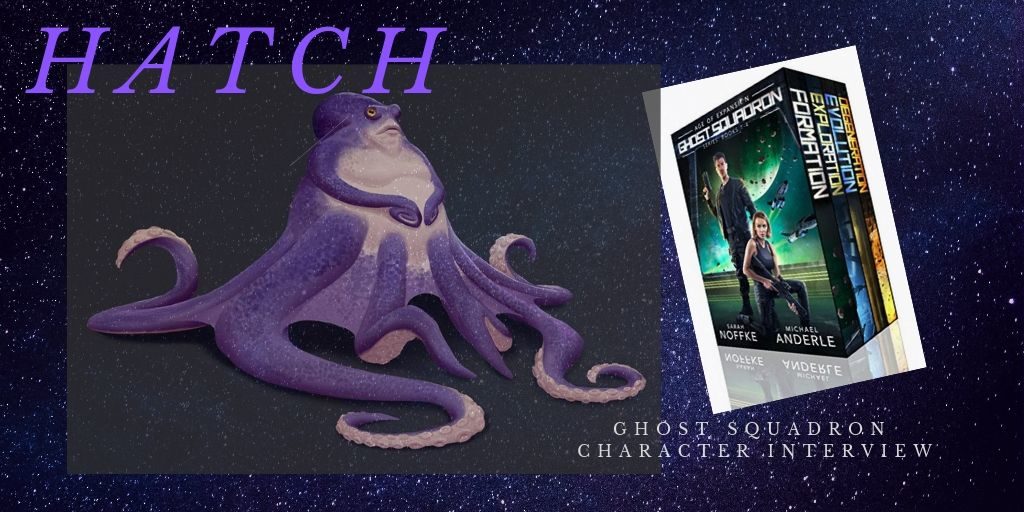 I was lucky in that I had a chance to sit down with Dr. A'Din Hatcherik, aka Hatch, and ask him some fun questions about his character in the Ghost Squadron series. The first 4 books of the series are on sale this week for only 99c in a boxed set! There's even a special deal for the Audible version of the boxed set.

I must admit, this was the, uh, most interesting character interview I've done to date. When your subject has 8 tentacles, it can get a bit uncomfortable in a small room. LOL But he was so nice and easy to chat with, once I got past the octopus in the room.

My name is Doctor A’Din Hatcherik and I’m a Londil from the planet Ronin. Although I resemble an octopus, I prefer not to be closely associated with them. Yes, I have eight tentacles and three hearts like the creature most humans are familiar with, I’m also capable of many higher level functions like talking, completing quantum equations and showing restraint when around dumb people. Currently I live on board Ricky Bobby, a ship that I renovated myself. You can read my stories in the Ghost Squadron and Precious Galaxy series.

Some believe that I’m heartless, although as I’ve already mentioned, I have more hearts than the seemingly sympathetic humans. I just don’t put up with incompetence and apparently that comes off as a bit abrasive to some. I’m okay with that if it keeps the idiots away. However, during my time working with the crew, I learned that all work and no play make me…well, bitter. So I’ve tried to learn to enjoy activities. Currently, I’m fixing up a DeLorean but the flux capacitator is giving me trouble.

Actually, I work for the Federation which means I have a ton of enemies. I’ve created technology that has radically changed the way the Federation works reigns. Working on the frontier has also helped me to attract those who would rather I not assist Ghost Squadron. What can I say, my technology is simply incredible. There is no one out there like me who can do what I do at the rate at which I do it. That’s not me being full of myself. That’s the truth.

Putting up with annoying crew members. There’s also a dog that keeps trying to lick me. And the AIs are seeking to destroy me with their games. However, my biggest challenge is making friends. It isn’t something I’ve ever had to do. But on this ship, our bonds are what hold us together when battle seeks to tear us apart. So I’m working on letting the humans in, but it isn’t easy. I’ve lived a long time and seen a lot of death. And it only feels like by making friends that the deaths will be more personal.

Losing the crew of Ricky Bobby wasn’t something I was prepared for. I’ve been all over the Federation. I’ve seen the beginning of new worlds and the end of ones that weren’t supposed to die. However, when I lost those I cared about most, all three of my hearts broke. But I didn’t break. I found solutions. I worked to do the one thing I could—bring everyone back.

Some peace and quiet. And for Eddie Teach to leave me alone.

Don’t be incompetent. And stay out of my workspace. Oh, and don’t bother going to school. Intelligence can’t be taught.

Thank you, Hatch, so much for taking time out of your busy schedule to speak with me. I'll do my best not to act incompetent, at least when I'm around you. 🙂

While Hatch isn't one of the main characters, he is an important one. So come over to Amazon and grab your copy today! 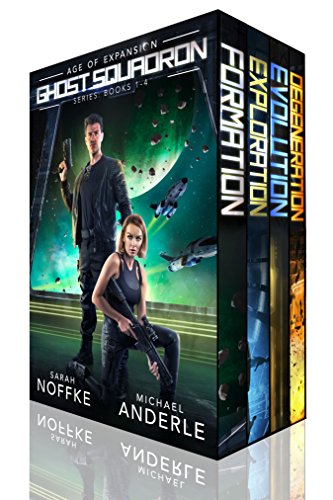