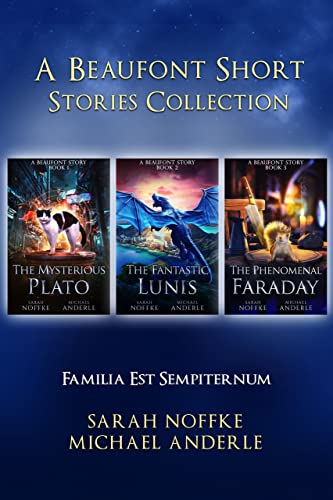 All three best-selling Beaufont Short Stories in one exciting collection.

Who would suspect that one of the most powerful entities in the world is a black and white cat?

Few know that most historical events in the last several centuries were orchestrated by this innocuous feline. Plato isn’t an ordinary cat. He’s a magical lynx with extraordinary powers.

When a series of dangerous activities break out in a small city in Mexico, is it by design that the magical creature is present? Is Plato really coordinating everything?

Plato isn’t the only one staying in this Mexican city or at the boutique hotel. Other magical creatures are working to stop the bad guys.

That’s what Beaufonts and their sidekicks do.

Can Plato, a dragon, and a talking squirrel save this coastal city?

Dragons were created to bring justice to the world—but some do way more than that.

When Lunis, the wise-cracking, bad joke-telling dragon, is summoned to Mexico, he doesn’t hesitate to answer the call.

It just so happens that he’s been lured there under false pretenses.

Tricked into signing onto a mission, Lunis still steps up to do what he does best—bring balance to the world.

When several villains threaten the safety of those Lunis promised to protect, he flies into action to save the innocent.

The only complication is he’s sans a rider and will need an extra hand to save the day.

Can Lunis and his friends rescue this coastal city in Mexico and its people before it’s too late?

A mystery like no other can only be solved by one.

When a scientific mystery comes into question, there’s no one better for the case than Faraday—the squirrel who knows the complexities hidden from most.

But Faraday must do more than solve equations and chemistry experiments.

He has to make friends—both new and old.

This squirrel will have to work with others to save a small coastal city from a torrential storm before it’s too late.

The question at this stage isn’t even how.

It’s about who else lurks in the shadows…

And do the three familiars have what it takes to bring down the biggest villain of them all?

Plato knows what to do. Lunis is prepared to do it. Faraday has a contingency plan. But is it all enough?

Scroll up and grab your copy of the Beaufont Short Stories Collection, then strap in and enjoy the ride! 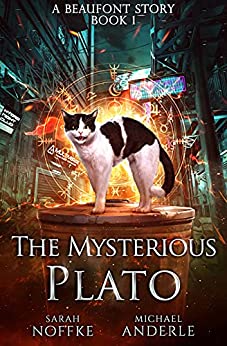 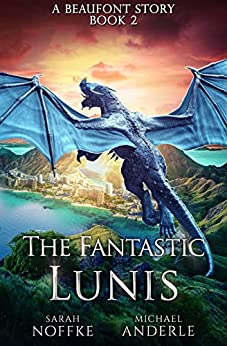 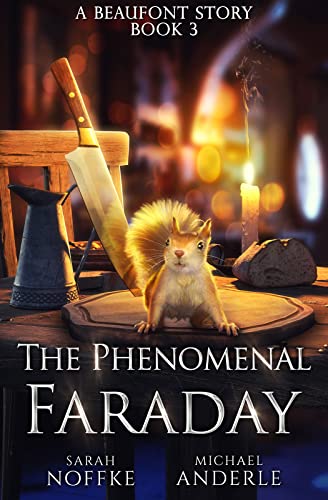 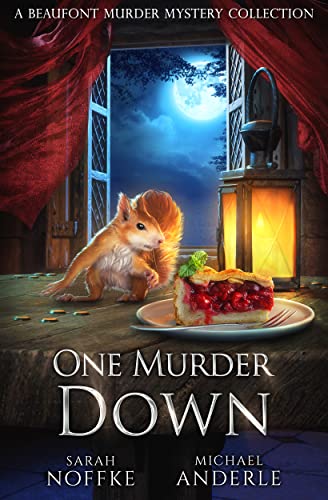 One Murder Down: A Beaufont Murder Mystery Collection 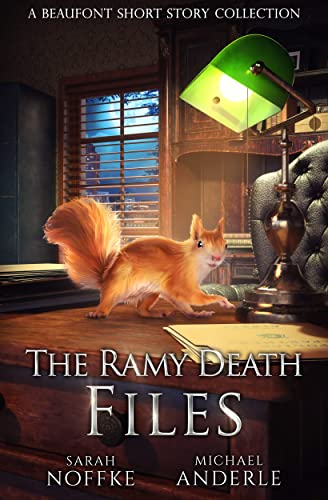 The Ramy Death Files: A Beaufont Short Story Collection
Look Inside
About the Author