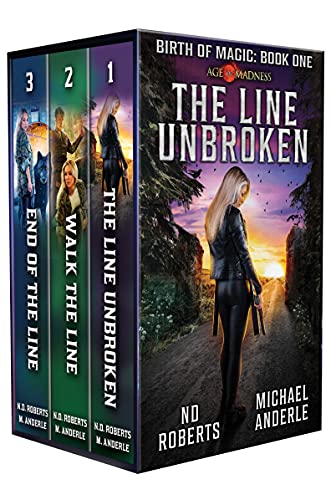 In the brief pause between apocalypses, one woman standing for honor, courage, and commitment will bring the UnknownWorld back from the brink. Civilization has fallen after the World's Worst Day Ever. Sarah Jennifer Walton is Earth's last hope to save humanity. Join her and the rest of Earth's inhabitants on the journey to the Age of Magic.

Get the complete 3-book boxed set to discover how the new world unfolds after apocalypses.

In the brief pause between apocalypses, one woman standing for honor, courage, and commitment will bring the UnknownWorld back from the brink.

Sarah Jennifer Walton had turned her back on humanity after losing everything.

Now she’s their only hope.

Civilization has fallen in all but a few places as the Madness ravages Europe and Asia. America is the last holdout against the corruption causing nanocytes to malfunction.

Bethany Anne is far away fighting for the survival of the entire universe, unaware that her technology has turned on humanity.

Earth needs a protector from Bethany Anne’s line, and the Kurtherian Lilith has found her champion.

Sarah Jennifer might not be Bethany Anne’s last blood descendant on Earth, but she’s the only one with the ability to unite Salem’s Weres and magic users and shape them into a force capable of facing the Madness head on.

Sarah Jennifer Walton has pulled humanity back from the brink. Now she's on a mission to reconnect the world.

WWDE+214 – Earth is caught in the grip of an unnatural winter.

Salem has emerged as the center of civilization on the East Coast. The barriers between the factions dropped when the UnknownWorld stepped up to protect the unenhanced from the Madness.

The Defense Force is ready to tackle Europe, the Madness, and the malfunctioning climate control system Bethany Anne left behind.

Sarah Jennifer leads the way as the pack forges new connections around the world. Not everyone takes the news of the impending break-up well.

The boy in the cabin changes everything.

In the midst of Madness, Lilith's time is almost up, and the first human to be immune to the Madness is fighting for his survival.

Sarah Jennifer had closed herself off from the possibility of having a family of her own when she left the ranch. Now she has a choice to make.

Can she open her heart and be the guardian Ezekiel needs?

WWDE+235 – The time is coming for the Defense Force to leave Earth forever.

The effort to reconnect the world has been successful, and a new home for the Defense Force chosen. All that remains is to tackle the Madness.

Sarah Jennifer is still hurting from Ezekiel’s departure. Meanwhile, Ezekiel has his own losses to contend with. A chance encounter in the woods gives him the push he needs to make things right.

While the Madness continues to rage across the globe, the solution is at hand. Before Sarah Jennifer and Esme can heal the world, the Defense Force and their allies must divert an attack on New Romanov and contain the new threat that arises there as events in space begin to affect Earth.

With her duty to Earth almost complete, Sarah Jennifer prepares to leave Arcadia in the hands of Ezekiel and Adrien. However, there’s an extra Were in her company, and she must make the decision as to his place in her life…

Can Sarah Jennifer move past the pain of loss and allow love into her heart?

Scroll up and click Buy Now or Read for Free to join Sarah Jennifer Walton on her road to the Age of Magic.

BUY NOW
Other LMBPN Books in "Birth Of Magic" 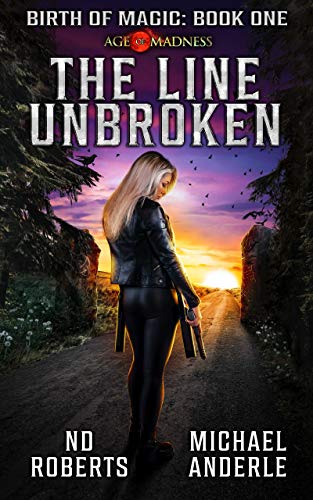 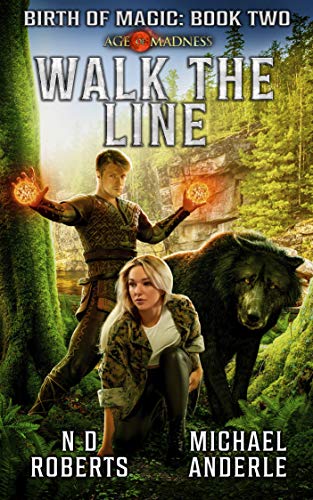 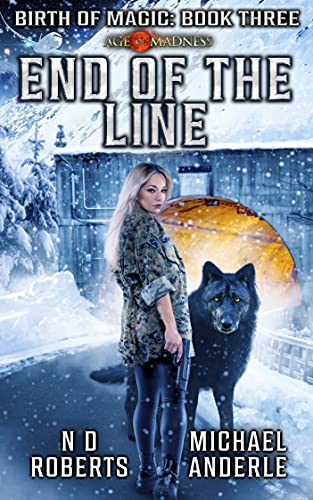 End of the Line
Look Inside
About the Author
N.D. Roberts 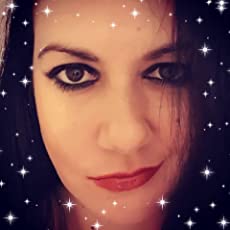 Nat finds talking about herself in the third person extremely weird.
She is completely addicted to reading, and has been known to hide in a cupboard to finish that last chapter in peace...

I'm not the typical author, in that becoming one was a complete accident.
(Really!)

I read like I breathe, whatever genre is in my Kindle is good with me! As a child with little access to new reading material I had the most eclectic beginners library, made from thirty-third-hand books, school throwaways, and the blessed book tokens of birthdays and Christmases.

As a teen with my own library card, well...the universe becomes your oyster, right?
I went wherever the author took me. To Mordor, and then to the farthest reaches of space and time. I solved mysteries with Enid Blyton's children, explored Verne's hidden worlds. I lived life through a horse's eyes, sailed the seas in search of the white whale, fell in love with a sultan's wife as she wove tales into the dawn to save her life.

I could go on. Nothing is as rich as the imagination of others.

After a lifetime of avoiding reality by hiding in whatever text I could find, I was given a Kindle as a gift. I read around a bit, then stumbled across Michael Anderle's Kurtherian Gambit series.

Nobody who picks up the first book in that series does so knowing how much it will impact them. I found not only the singular best story I've ever read, but the beginning of a life changing journey that led me to a whole community, and so many people I can't imagine living without.

Now it's my turn to craft the narrative, something I take SO seriously. Not just as an author, but as a reader. It is my greatest wish that YOU as readers enjoy my stories as much as I enjoy putting them together, and that over the coming years my author page grows into a place where anyone can find an escape from reality.

For the first time (but not the last!)
Happy reading!