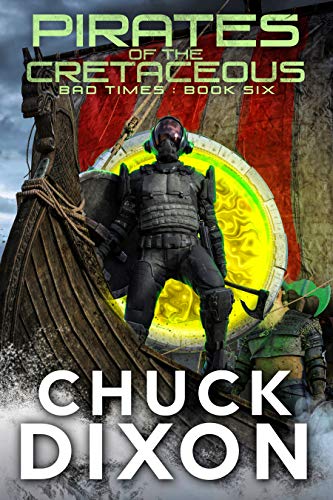 Pirates of the Cretaceous

Trapped in a prehistoric hell, the men (and woman) of the Ocean Raj will need all their courage and all their intelligence to escape back to the present.

The latest volume in Chuck Dixon's epic Bad Times series finds the Rangers separated from each other and the ones they love by thousands of miles and millions of years.
While Lee, Jimbo, Chaz and Boats battle to survive on a world of monsters, Dwayne finds himself a captive of Aztecs and drafted by Vikings to fight a murderous naval battle.

And Caroline Tauber remains in the present where she is hunted across the globe by killers from another time.

Loaded with the kind of bloody action, lightning pace and high intrigue that readers all over the world have come to expect from this wild read of a series.

“Chuck is a damn good writer who is really good at hooking you, giving you fun characters, and telling you one hell of an adventure story.”
Larry Correia, Monster Hunters International, the Grimnoir Chronicles

“Chuck Dixon writes in a visceral, matter-of-fact voice that erases the barrier between reader and page, grabbing you by the throat and dragging you through the story, until you look up and it's four a.m. and you finished the book.”
Mike Baron, creator of Nexus, the Badger and author of Whack Job 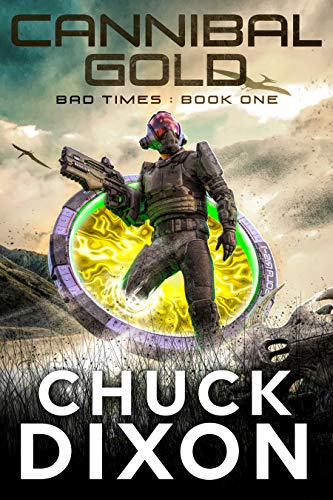 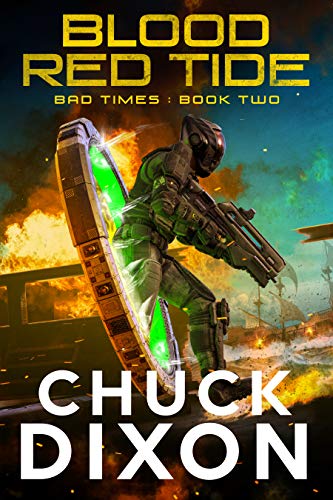 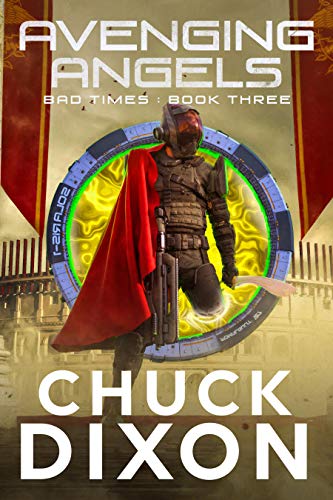 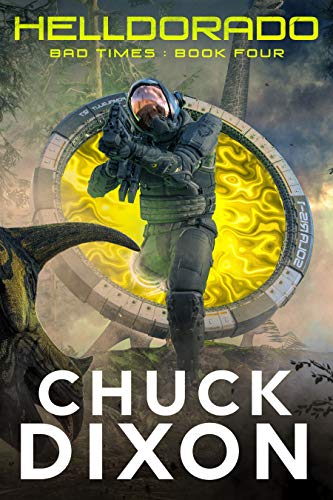 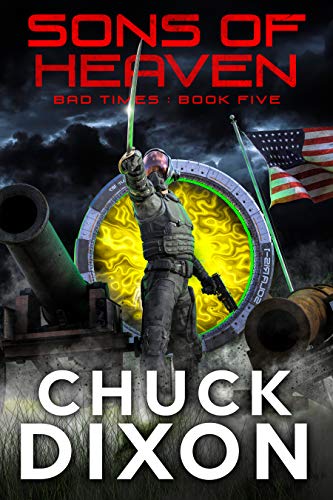 Sons of Heaven
Look Inside
About the Author 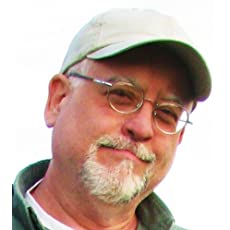