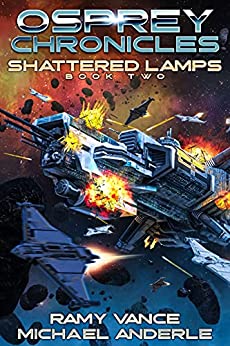 There’s no turning back...

But the way forward is blocked by hostile forces and uncharted space.

The wormhole hole is closed and Jaeger finds herself in an uncharted quadrant of space with no allies or anywhere safe to go.

These alien raiders are causing major problems for the Overseers and Locauri. Given that Jaeger wants to be in their good books, she has a plan… find the hostile alien’s base.

That should buy her some goodwill.

It’s not enough. The Overseers want the Osprey to leave their quadrant or face destruction.

What do you do when your gift is rejected? Get a bigger one. Jaeger and Toner concoct a plan to deal with the hostile aliens for the Overseers.

Out-gunned, out-numbered and out of time… Jaeger, Toner and the Osprey crew need to go for it. Winning is the only way to survive. Losing means death.

If they’re going to die – best do it guns blazing.

Join Jaeger on her dangerous mission as she fights with vampires in space to give humanity one last chance at survival. Scroll UP and click Read Now or Read for Free to join the fight! 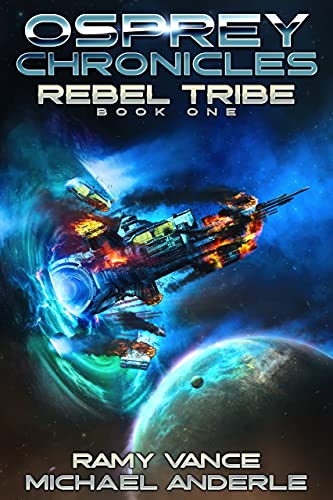 Rebel Tribe
Look Inside
About the Author
Michael Anderle