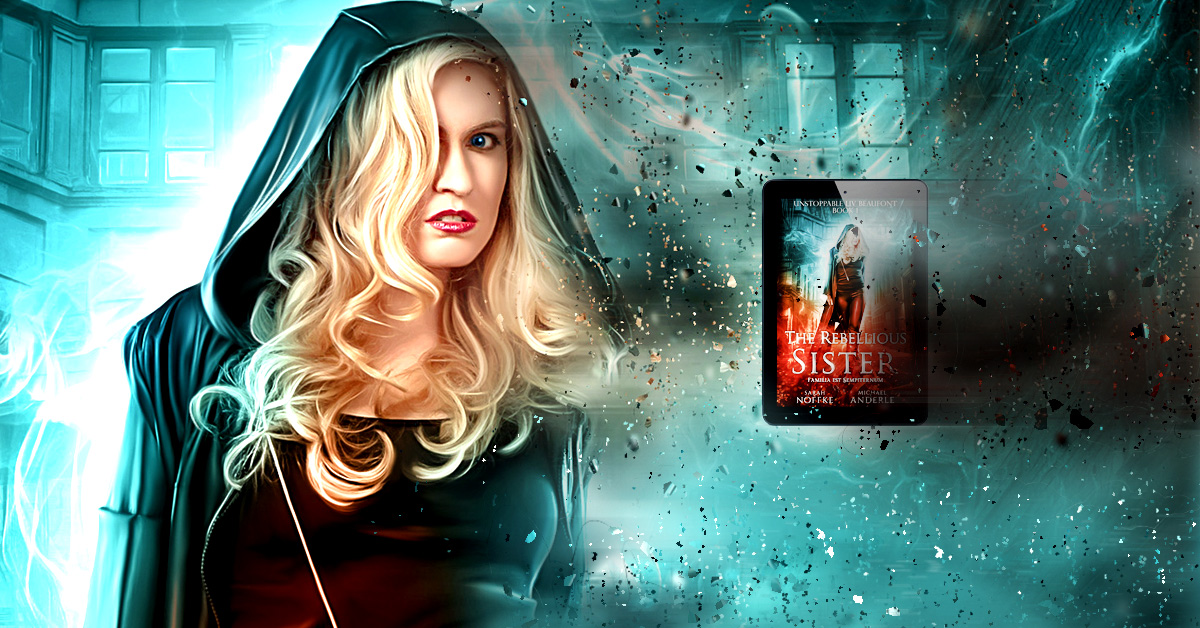 Liv Beaufont may be the star of this series, but there is one character who ads an entirely new dimension to the story, Rudolfo Sweetwater. He was only too happy to sit down with me to answer a few questions fans of the series wanted answers to. Please join me in welcoming the enigmatic Fae, who believes he's the star of the show!

1 – Tell me a little about yourself.

Hey there, sweet loves. My names is Rudolfus Sweetwater, but my friends call me Rudolf. I’m a fae with incredibly beautiful maroon wings and a head of gorgeous blond hair. One look at me and you’ll be in love, but that’s mostly because my expert seduction powers as a fae. The mortal ladies always fall for me. The men too. I’ve been on this Earth for approximately six-hundred years, but I don’t look a day over twenty-four.

If you want to read up on my adventures then start the Unstoppable Liv Beaufont series, although unfortunately, the stories are mostly about Liv. She’s definitely not as attractive or talented or likeable as me. I tell her this often and I think she’s really working on bettering herself. I hope so anyway. She has a bad attitude. But she also has big ass—

Ouch! Liv just slapped me. I was only going to say that she has big assets. See what I mean about the bad attitude. Make love, Liv. Not war. Well, unless you have to police magic for the rest of us, then I guess go and fight the war so that I can sunbathe. Thanks, love.

2 – How do you evolve during the course of the story/series?

That’s hard to say because I’m nearly perfect. However, I’m hiding a secret that no one knows. I wouldn’t say this suave disposition and ladies man thing is an act, but it definitely is covering up a part of me that I don’t want anyone to know about.

3 – Do you have an enemy or nemesis? If so, who are they and how did they become an enemy?

Almost everyone loves me. Almost. I did have a little run in with Father Time. He totally knows how to hold a grudge too. Dude, can you get over it? So, I stole your stuff.

I guess I can’t count on him kicking the bucket anytime soon.

And then there’s the Queen of the Fae. We used to share a bed but then I decided I didn’t like that she was soulless, and she ruined my life, so we’re not really on good terms. Other than that, everyone loves me. Well, except for Liv. She says she can barely stand me, but for some reason she keeps ringing my phone and then using the excuse that it’s for business. Sure, sure, Liv, darling. I know what you really want.

4 – What is the biggest challenge you face in the story?

Fae don’t really have any problems. We live so long that everything is relative for us. Once, a queen locked me up for fifty years, along with the rest of the fae, because she wanted “alone time.” See, it’s all relative. The things that effect short-lived mortals or those worry-wart magicians aren’t a big deal for me. I just drink my cherry wine and hum a tune. But I do have a small challenge that I face in the story. It’s located at the bottom of a fountain and guarded by an evil mermaid. If I only I knew a hot-headed Warrior who could help me out…

5 – What is the one event that you feel has helped to shape your personality?

Well, there was the Renaissance era. Oh, and the ‘60ties. And I can’t even tell you what happened last week at Coachella. Incidentally, I spent a weekend at Burning Man that I can hardly remember, but apparently, a lot of mortals worship me because of something I did.

6 – Are you involved in a romance? If so with who and what is it about them that you find appealing?

I love everyone. I think we’ve already established that. And although I’m always on the hunt for a pretty face, there is one that I can’t get out of my memory. When you live as long as me, that’s more of a curse than a romance.

7 – What is the one thing you want the most in the whole world?

For Liv to not be so threatening to me.

She totally just rolled her eyes at me and said, “That’s never going to happen.”

But honestly, I think I’d like some little Rudolfs running around. I’m middle age now and it’s time I start thinking about settling down. And Liv and I would make beautiful chil—

Okay! I just had to duck from a roundhouse kick aimed at my pretty face. Never mind Liv, we won’t breed. But just so you know, you’re not getting any younger, my dear.

8- If you could say one thing to your author, what would it be?

Yes, Sarah Noffke, I think you do deserve a massage. I can’t even imagine how stressed you are having Liv in your head all the time. I think she has anger management issues.

In all honesty, I think the books are okay, but you focus too much on the adventures and things going wrong in the world. And obviously, there’s way too much Liv in the books. Change your camera angle. Point that baby at me and let’s write stories about lounging in the garden, drinking sweet cider and making lo—

What, Liv?! I was going to say making lonely people happy! What’s wrong with you?

My favorite color is clear.

I like long walks on the beach, back massages and reading children’s books before bed.

My shoe size is thirteen and a half. 😉

Well, that was definitely one of the more interesting interviews I've ever done. Rufolf has truly earned his reputation as a ladies man. I hope you'll pick up a copy of the Liv Beaufont series and join me in reading all of the exciting and funny adventures these characters get up to. And sorry, Rudolfo, but I'm very happy that Liv is the center of the story.

You can pick up your copy of The Rebellious Sister, book 1 of the Unstoppable Liv Beaufont series on Amazon. It's also included in your Kindle Unlimited subscription! Books 1 – 4 are available now! 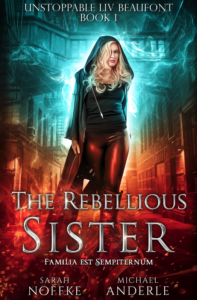 There is even a 4-book boxed set now available! 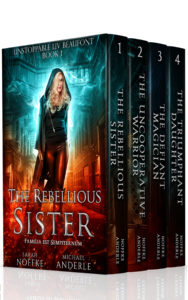 Jen Hendricks is a USA Today Bestselling author under the pen name, J.L. Hendricks. She writes YA Speculative Fiction and you can find her books on Amazon. Her current project is a YA Sci-Fi action adventure series, Worlds Away.