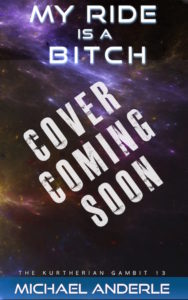 Bethany Anne reached out to grab the offered letters, “Thanks, Kevin.”  She nodded to the guy and grabbed an apple from the fruit available on the sideboard, “Ashur!” She called over her shoulder.  She heard Ashur get up from his location under the table where Team BMW were eating.  They were such wusses about feeding him.  One sad face and all three men caved and tossed him food under the table.

Yet, they blamed each other for being the one who fed him.

Ashur caught up to Bethany Anne on her way to the suite.  She nodded to a few in the hallways and ruffled Ashur’s head.  She would swear he had gained a couple of inches.

Could Ashur gain in size after coming out of the Pod?

Yes, that is possible.  The nanites might have decided he needed to change for some reason.  Possibly due to his continued physical efforts during your training.  We can always put him back in the Pod and have a look.

No, it’s not that important.  At least, not yet.

Bethany Anne nodded to the guards up from the doors leading to the Bitch’s and the Elites areas and finally, down to her own suite.  She might have just walked Etherically to her suite, but it was good for everyone to see her.

She entered her room, the door already opened by ArchAngel and mumbled ‘thanks’ as the door shut behind her.  Biting into her apple, she walked into her bathroom.  Ashur jumped up on her bed.

“Hey!” She turned towards her door, “Don’t shed all over my bed.  I had to get the last cover cleaned.  What the hell were you pissed about, anyway?”

Ashur chuffed from her bed room.

“That’s not my fault!  Your lazy ass didn’t go to the cafeteria in time to catch them.” Another chuff, “Bullshit, they aren’t required to eat at the same time everyday because you have a preference.  Besides, you have dogfood always available.” Bethany Anne grinned when she heard Ashur’s whined response.

She turned and tossed the eaten apple into the trashcan and then started going through the mail.

She picked up the first letter, “I’ve won an island, toss.” Then the next, “I’ve been asked to join a symposium on technology next month, toss.  I have unpaid speeding tickets in Florida.  Huh, wonder if I should frame this one.”  She shrugged, “Toss.”

She saw an envelope in nicer block handwriting, but done in a crayon.  Weird.   She opened it up and read the letter inside.

Then, she read it again, slowly.

ADAM, track this address.  Is this legitimate?

>>Yes, there is a family of three living at that address in Las Vegas.<<

Who does the dad work for?

>>Security Blocked, Unknown at this time.<<

Seriously?  Fuck.  Bethany Anne tapped the letter on her palm a couple of times. Can you figure out if there is a problem?

>>The daughter, Anne, is twelve.  She has been absent from school for two days. Previously, she had not missed the last one hundred and eight-two days of school.<<

Are they mutually exclusive? TOM interrupted.

“No, they are not,” Bethany Anne agreed.

Are you going to send someone to check it out?

I don’t want to mess up her time with Eric.

What do you mean ‘right’?

I’ve always heard that the problem with Royalty is that they aren’t connected with the people.  I am not going to have that happen to me.

Just the three of us?

No, it will be the four of us.

Well, thank God.  For a second I thought you would go out and not have any support.  TOM sighed mentally.

“Ashur,” Bethany Anne started towards her closet, “Let’s go rescue a little girl.”  His chuff came back, excited. “I know, right?  Silly of my guards to leave me alone allow me to get into mischief all by my little lonesome.”  This time, Ashur sounded like he was laughing, not chuffing.

“Oh, shut up.” Bethany Anne rolled her eyes, “be happy your lazy ass is going or you would be stuck in here.”

She switched clothes and loaded her weapons.  Seeing the wakizashi, she smiled and grabbed her shorter blade, “Come here, you.  We haven’t partied in a while.”  She looked down at her boots on the floor, “Ugh, no boots this time, Puma’s it is.”

She grabbed a jacket and hid her weapons, “ArchAngel, lock this door.”

Why did I think you were going to be mature about this? TOM asked.

“Beats the fuck out of me,” She replied, “Let’s go, my furry white guard.”  Bethany Anne grabbed Ashur’s neck and took a step forward, disappearing.

A minute later, the light went off in the closet.

>>>From Michael – Hello!  Here we go again, another season of Snippets before the release of Book 13 My Ride is a Bitch.  However, I want to remind you about the awesome Mug for WE HAVE CONTACT I'm giving away if you have any interest.  Check it out here: http://kurtherianbooks.com/2016/09/07/giving-away-one-we-have-contact-mug/

Looking for something to read?

Sam (S R) Witt is another author in our 20Booksto50K group.  He has (under another name) a fair amount of cool books.  However, so he doesn't mess up his brand (confusing readers) with completely different genre's, he has published this book as S R Witt.  I LOVE his story of completely changing genre's looking for something he wanted to write more, and seeing early success! (It is listed at #2,175 in the store as of the time I type this.)

Maybe we can boost him up into the 1,000's?  Check out his book and see if it is something that you would like to read. 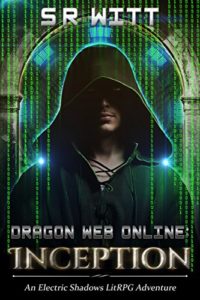 I didn’t set out to destroy the world.

Dragon Web Online promised its players a virtual world filled with simulated adventures and real treasures. Play games, get rich. It seemed like the perfect way to make the cash my family needed to keep us off the streets. It seemed too good to be true.

I didn’t set out to destroy the world, but somebody had to do it.

Somebody had to set you free.