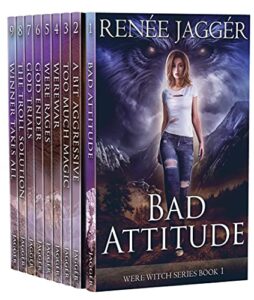 The Were Witch Series – Complete Omnibus:

Bailey Nordin is feeling the stress of pack obligations arriving too soon in her life. She prefers working on cars to going on a date. A good fight is just a morning’s workout, and Bailey's sarcastic wit has killed any chance of a love life. Her future isn't looking bright.

Roland is on the run from three powerful witches who want him for…what he can provide. Trying to hide from the witches, he ends up in the middle of a town so small, it's hard to find it on a map. She's a Were, He's a wizard. He could be her ticket out of her problems—if she believed in magic. 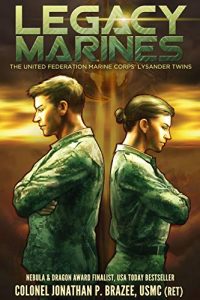 Esther and Noah Lysander are the twin children of General Ryck Lysander, Commandant of the Marine Corps, leader of the Evolution, and Chairman of the Federation. When they are told that their father and mother have been assassinated, they are both devastated.

Cut adrift, they each decide to enlist in the Corps—but for different reasons. Esther feels it is her duty to carry on the family legacy, confident that she can excel and reach the top. Noah simply wants to earn his father’s pride, even if it is too late. 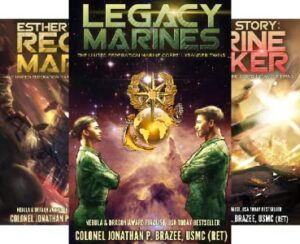 As children of General Lysander, they are not “normal” recruits. Seniors and peers are well aware of their background, and the twins can’t escape the public eye. From under their father’s heavy shadow, the two have to discover his or her personal path in the Corps, even when that seems to pull them apart from each other.

On the edge of a war-weary and devastated galaxy, charismatic Lewis Orne makes planetfall on Hamal. His assignment: to detect any signs of latent aggression in this planet’s population.

To his astonishment, he finds that his own latent extrasensory powers have suddenly blossomed, and he is invited to join the company of “gods” on this planet.

And people place certain expectations on their gods…. 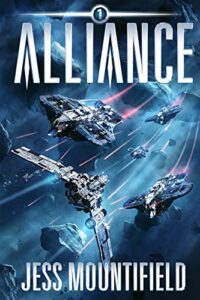 Life in the fringe colonies is tough, but to Dante it’s home. Captain of the Xeartais crew, he leads a ragtag bunch of miscreants just trying to survive. But not everyone at the local space station plays fair. When Dante decides to unite several crews in an alliance it causes a ripple effect that will either tip the scales for good or end in ruin.

Kit is running from the stifling life others wanted her to lead. When she arrives on Ephren and runs into the Xeartais crew, she wonders if she’s finally found somewhere she belongs, but she brings her own issues with her, and life in the alliance isn’t exactly safe.
With the pirates uniting behind a single leader as well, only one thing is for sure: Those who can fly, must. And every good mate counts. 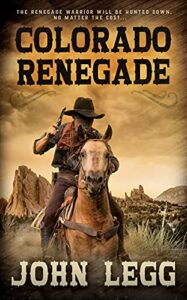 HONOR FORCES BOUNTY HUNTER ELIAS PROSPER TO TRACK DOWN A RENEGADE UTE, NO MATTER THE COST.

Bounty hunter Elias Prosper is as tough a man as the West has produced. But as hard as he is, he has a soft spot for children and women. When a Ute named Painted Bear casts off the ways of the white man and spirits away a Ute boy and a white woman, both of whom Prosper had rescued earlier, the bounty hunter ignores his wife’s pleas to stay home and instead heads into the mountains to hunt down the renegade warrior. 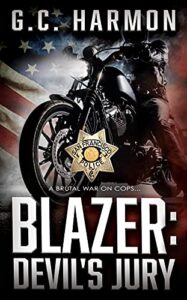 At a Nevada casino, a war erupts – the combatants: two outlaw biker gangs. Days later, Sergeant Steve Blazer of the San Francisco Police sees the surveillance video, and something tells him that violence is coming to his city. Enlisting the help of the California Highway Patrol, he takes steps to prepare his squad, known as Special Forces.

The problems begin overnight, when a new batch of methamphetamine hits the streets, taxing the cops in their efforts to fight it. The enemy is an outlaw biker gang known as The Devil’s Jury, and they have come for revenge on two special defendants, ex-cop Mark Powers and Sergeant Steve Blazer.

If you see this message after July 21st and want to be notified of future price promotions, please sign up for our newsletter at www.lmbpn.com/email.