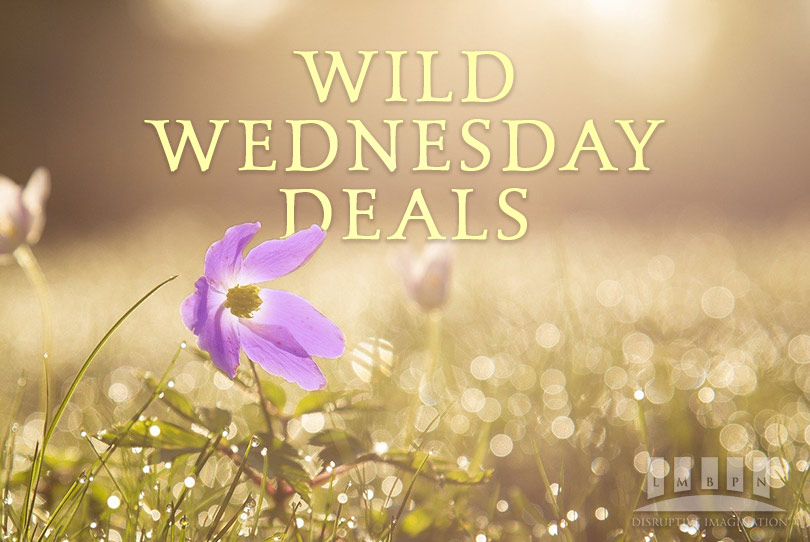 The sun is shining and the deals are good! 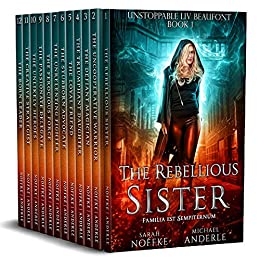 Olivia Beaufont likes fixing things and keeping to herself. She’s simple like that—but her life is about to drastically change.  Liv is a rebel with royal blood who abdicated her birthright. A string of murders changes everything and the House of Seven asks her to take on a role as a Warrior, one of seven positions revered for protecting magic. Although Liv would rather stay out of the politics and conspiracies that she ran away from years ago, her family needs her. It’s only a twelve-year stint until her sister, the next in line, can take over. So, what’s the harm in activating her magic and accepting her place as a warrior? Everything.  Justice hasn’t been properly served by the House of Seven in a long time.  Not until now. 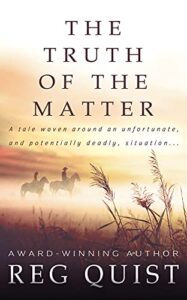 The Truth of the Matter:

Danny, a newcomer to the area who only wants to be left alone, is caught up in a traumatic situation involving Maria. The daughter of a wealthy local rancher, Maria wants it all, until she finds herself at the point where all she wanted was to survive. Although Danny is primarily responsible for saving the young woman’s life, the girl’s father believes there is more to the story.

Through the events that follow, Danny is introduced to people who will change his life forever. Along the way, the somewhat naive young man continues with his fledgling cattle business, while trying to sort out what is happening in his life. In the end, Danny wins the heart of a woman. But which woman will it be? Or, in fact, who won who? 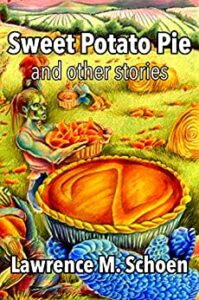 A farmboy knows that if you plant sweet potatoes just right, you'll grow zombies that can work your fields. A would-be suicide ascends a volcano as part of corporate geomancy spectacle. A four-slice toaster muses on the meaning of life. A professor visits an oracle/prostitute to secure tenture at his university. A trickster god offers an old man new hope and an unusual beverage. A novice vampire struggles with how to survive the barest of powers. The last survivor of Atlantis redefines what's important in life. And that's just the beginning.
Hugo, Nebula, and Astounding Award nominee, Lawrence M. Schoen, long known for his light and humorous tales of science fiction, steps away from aliens and other worlds to explore the fantastic, giving a twist to some well-worn tropes, and conjuring up fresh surrealities for your delight. From academia to zombies, with some vampires, household pets, and fast food thrown in for good measure, this collection will have you coming back for seconds, because at the end of the day, it's all about the pie 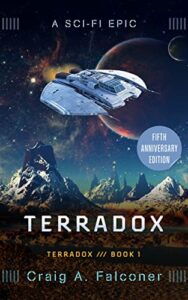 A planet that shouldn't exist. An adventure you'll never forget.

With Earth in turmoil under the iron fist of a despotic Global Union, a small group of exiles flees for the safety of a distant research station. They were heading for Venus. Somewhere else found them first. Crash-landing on an uncharted world full of wonders wasn't what anyone had in mind, and the irresistible temptation to explore and conquer the incredible landscape reveals new dangers hiding around every corner.

Everything rests on the survivors' ability to unravel the mystery of their increasingly hostile new world, but Terradox will not give up its secrets without a fight… 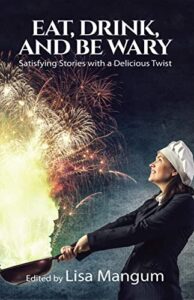 Eat, Drink, and Be Wary:

Food. We use it to celebrate, to provide both comfort and energy, and to show our love. There’s something about mixing a pinch of this and a dash of that to create something new. And when you pair it with the perfect drink . . . *chef’s kiss* Stories can do the same thing. They can be a celebration, bring us comfort and energy, and help us express our love. And when the perfect character is paired with the perfect plot . . . well, then you have something worth devouring. So take a place at the table, and let’s see what’s on the menu. For starters, gather your pennies to bid for the last two jars of peaches for sale in an apocalyptic future. Follow it up with a slice of pizza guaranteed to bring love into your life. Dig into a shrimp and pasta dish so flavorful, you’d swear it was some kind of witchcraft. 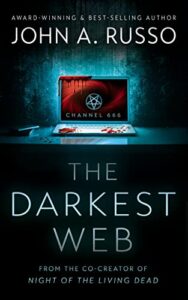 When Anthropology Professor Neville Pinnock, whose friend and mentor was murdered five years ago, teams up with Fiona Evans, whose sister has been recently murdered under similar circumstances, the stage is set for a showdown of biblically epic proportions. As they wend their way through lies and deception in search of the truth, the pair will encounter darkness and evil they could have never dared to believe is real.

From underground Dark Web sites showcasing brutality the likes of which has never been seen, to Manhattan boardrooms and basements concealing depravities of the foulest kind, Neville and Fiona find themselves in a battle for their very lives and souls. Just when it seems like all is known, a twist of fate ramps up the terror even further…securing the dread right to the very last page… 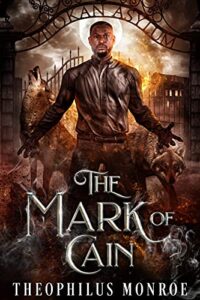 The Mark of Cain:

Welcome to the Vilokan Asylum of the Magically and Mentally Deranged.

I'm Doctor Cain. I'll be supervising your treatment plan.  Yes, before you ask, I am that Cain.
I've come a long way since I became the world's first murderer. I'm now a licensed psychiatrist.
What is it you just asked? You heard that I was cursed? Yes, I'm also the world's first werewolf…
But don't worry. I have it under control.
It won't interfere with your progress at Vilokan Asylum. 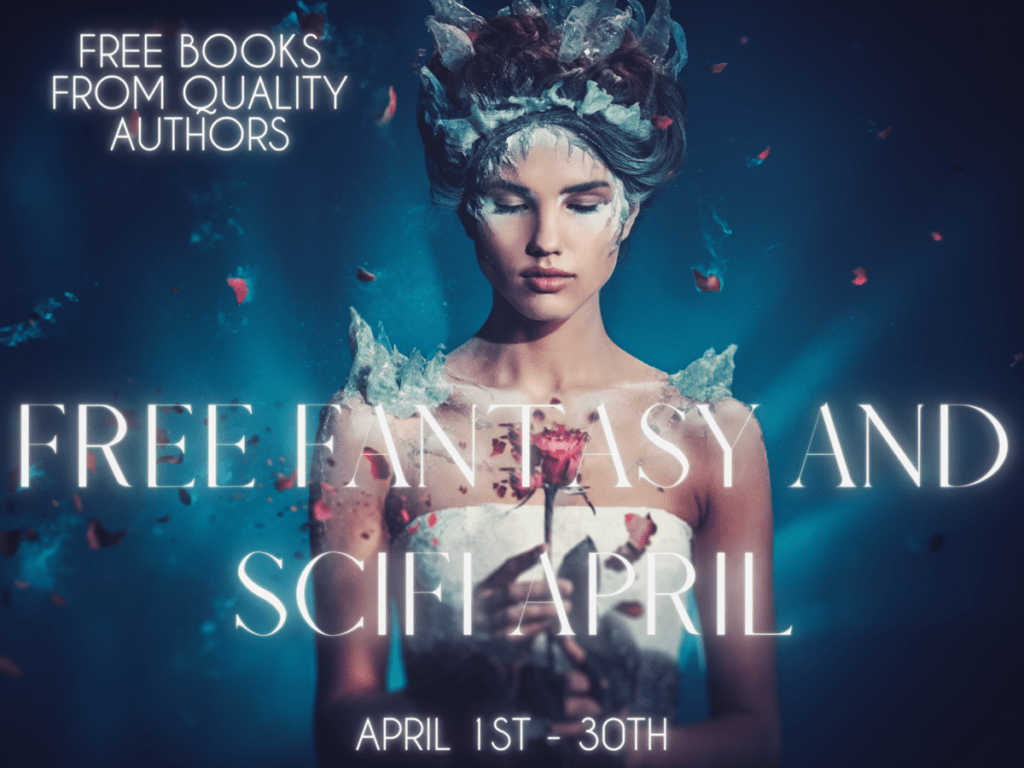 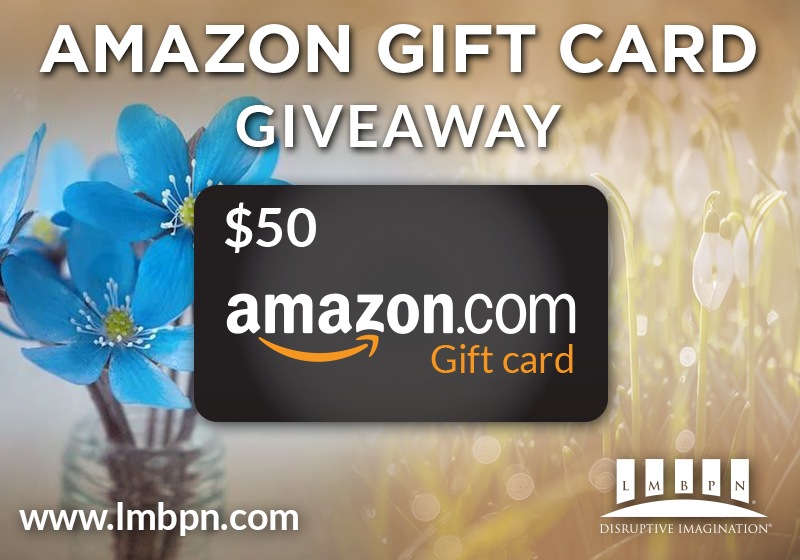 If you see this message after April 6th, 2022, and want to be notified of future price promotions, please sign up for our newsletter at www.lmbpn.com/email.