Outside an old military Base – West of Old Denver, Colorado (United States) 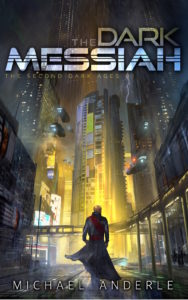 Confusion was the first thought.

Michael looked around and considered confusion to be his second, third and damn near fourth thought as well.

He walked, bare ass naked, through a base that had seen better days.  When he pulled open a door and it dropped off of its hinges, he had to agree it was probably years or decades.

Michael walked into the old command center.  It was dusty, a broken window in the front allowing the weather in.  A few leaves were lodged in crevices.

He pressed his lips together and moved further into the base inside the mountain trying to understand what had happened.  Each room he checked was cleaned of anything relevant.  He found no computer equipment and more than that, he found no lights which worked.

It was chilly, so the time of year had to be fall, at least.  It took him an hour and the only thing he ran across was a small supply room.  He did find clothes of a sort.  They were old work clothes, a single suit.  He snagged a tan pair, but made a face.

They weren’t his preferred style.  However, he was clothed and that had to be worth something at the moment.

He walked across the base, the car parking lot empty and went to where he had lived with Bethany Anne.  The building was not only empty; it was boarded up.  Not a type of boarding because windows were busted, no, this was boarded up to keep people from going through something important inside.

This was professional and it had the faintest marks that shows warnings about radioactivity.  Which seemed ludicrous.  His time in the Etheric enhanced his ability to discern energy, and there was nothing related to Radioactivity he could feel.

Well, he hoped there wasn’t.  His lack of hair was bothering him and all he needed to do was get a fresh dose of radiation of screw any chance of hair growing back.  He could still regenerate from wounds, that he had figured out after falling out of the Etheric, using the limbs of a tree to slow his rapid descent.

He willed himself to turn into Myst, that amorphous state which allowed him to disappear and fly, moving through gaps that only air could flow through.

Except, he was still standing right in front of the boarded up living quarters, looking fairly stupid.

He turned to view around the area he was standing, but there was nothing but the old, time run-down base and a bird that was flying overhead about a quarter-mile to the north.

And, he wasn’t in his Myst form at all.

“Ok, something broke that used to work,” he muttered, “like my hair.”

He made a fist and tapped on the board where the door should be.  Hollow.

He made a fast, sharp punch and the board cracked.  He did this twice more and reached in with his left hand, pulling out pieces of the board noticing the thickness of the wood.

They really didn’t want anyone in here.

Tossing  the chunks of wood behind him, he grabbed a few more pieces and pulled, yanking them off.  He found a metal crossbeam and smiled. Something he could really get a grip on.  He set his feet, his eyes glowed red and he pulled, the strain on his muscles felt good, felt warm, felt like…

A huge, ten-foot-tall by four-foot-wide chunk of the wood was breaking out of the protective surrounding. Michael frowned.  He felt both stronger, and weaker at the same time.  It was as if his energy was deeper.  His connection to the Etheric was beyond his previous ability.

But his muscles didn’t work nearly as well.  He flexed his arms, rolling his shoulders to test his body and had to agree.

“Now, this is damned embarrassing,“ He was out of shape for the first time in over a thousand years.  “Can’t let Bethany Anne see me like this.  I’m hairless, and in desperate need of a work-out, or five.”

He took a step to the side and yanked three more times on the steel beam and finally the huge chunk of the wall cracked and he tossed it to the side, dust coming up from the ground where it made a resounding crash.

Behind the opening was the door that went into his apartment.

“Nothing ventured, nothing gained,” he checked the door knob, and it was locked.  “Of course it is,” he kicked it open.  What was inside, surprised him.

FROM MICHAEL >>>  I'm writing this on Wednesday afternoon.  I'm sitting in Todd's P.U.B. next to the Aria hotel after finishing the burger (only a handful of fries.  The burger was fantastic, but NO…ROOM…LEFT!)

Anyway, I wanted to mention something that was really cool to wake up to yesterday morning.  When I woke up, way early for here as I'm still on Central Time (2 hours ahead) I grabbed my phone and started seeing if there was anything I needed to deal with.

Well, I was on the Facebook Group and reading the posts when I got to the one below.  I have to tell you, it was a super cool feeling to read the post that I copied below, and to see the huge amount of outpouring support for Brandon Barr and the people in the group really supporting one of our team.

Just like I think anyone in the Etheric Empire would do, for someone in their group.

I had  nothing to do with the request, didn't know about it, didn't read anything for about ten (10) hours after it went live and all of this support happened.

Special thanks to my collaborator, Justin, who wrote the original post and to all of the fantastic authors who are supporting Brandon Barr as our way of helping him.

Feel free to do something, do nothing, or just send good wishes his way.  There is a free book below, a book for sale and, for those interested, his Youtube channel.

I'm supposed to promote between the 11th and 17th, so I'll put his book up in a snippet again next week.  I did it early because it feels like giving a Christmas gift…I just want to do it now, not wait!

Take care until the NEXT Dark Messiah Snippet!

Team 20Books: We have an author going into the hospital tomorrow because his leukemia has returned, and a couple of us thought it would be an awesome sign of support — to show him we care and we 20Books authors stick together — to do one week of featuring him in our newsletters (also social media and all that, of course). The author is Brandon Barr, and I checked with him first to make sure this would be appropriate/ wouldn't make him uncomfortable. He's actually doing YouTube videos about it, which you can check out. (Link below)

So, would you be willing to sign up for a day, starting Sunday and going through that Saturday, that you'd be willing to share? It'd be great if we could have at least one author a day, preferably more. Let's put an even bigger smile on his face!

🙂 – if those dates don't work, please still share when you can. It's awesome that we can rally together like this! (But let's try to do it together)