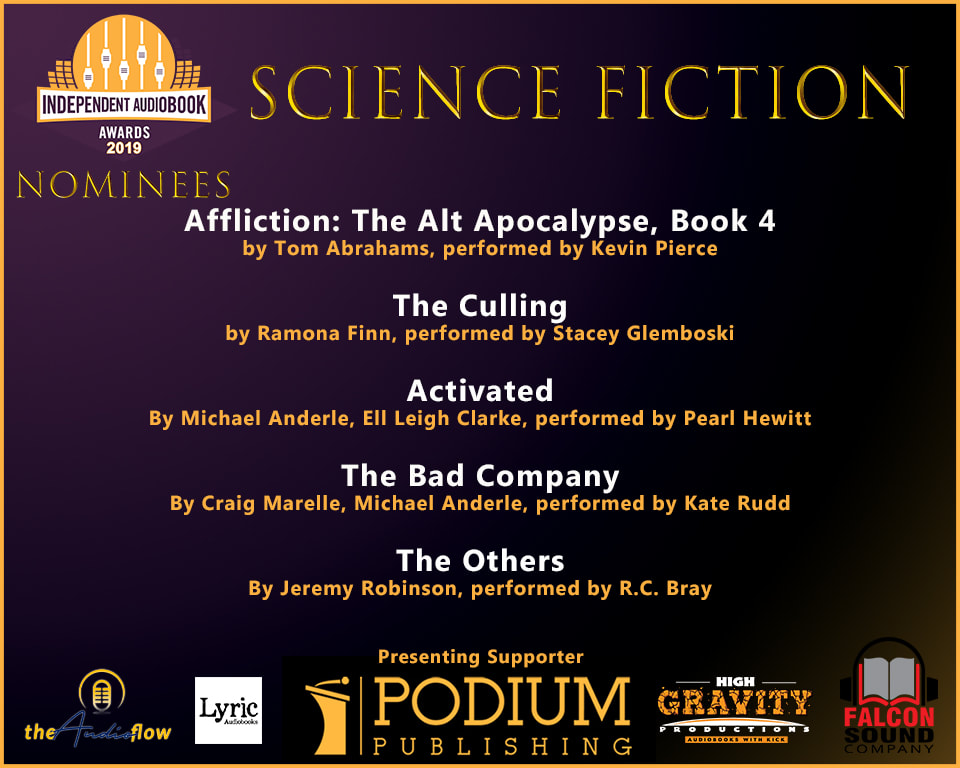 Have you heard of the Independent Audiobook Awards? It’s the Indie Audiobook version of the highest award you can get! Think Oscars or Emmys but in the independent audio market.

LMBPN published the audio version of Michael Anderle and Ell Leigh Clark's Activated novel and series. This first audiobook nomination has spoken to readers of all ages, not just fans of YA. Activated is book 2 of 12 in the Ascension Myth Series. The outstanding and award-nominated audio was narrated by the very talented Pearl Hewitt! 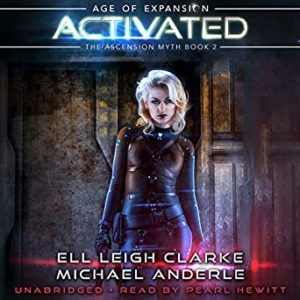 In the future, even the broken can make a change….

When Molly gets called onto a case that she is uniquely qualified for, the team discovers a little more about her past.

In the race against the clock to prevent the city of Spire from being subjected to a deadly toxin, it takes both new team members and new allies working together in order to save the millions of lives.

Meanwhile, problems continue on the political scene, and exciting progress is made with the investigation into the strange door in the safe house basement.

Set on the foundation laid by the Kurtherian Gambit series, The Ascension Myth tells an entirely new story in the Age of Expansion – when the Etheric Empire is fast becoming the Etheric Federation with all of the trials and tribulations that come with bringing together different peoples, systems, and ideals.

The second audiobook nomination is The Bad Company. Written by Michael Anderle and Craig Martelle, Kate Rudd narrated this series, and it has been on the best seller lists four times. 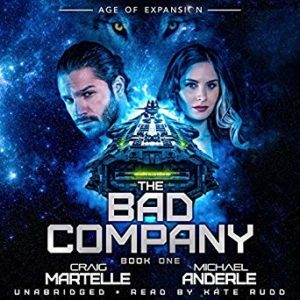 Space is a dangerous place, even for the wary, especially for the unprepared. The aliens have no idea.

Colonel Terry Henry Walton takes his warriors into battle, for a price, in this first installment of The Bad Company. He believes in the moral high ground and is happy getting paid for his role in securing it.

Join them as they fight their way across Tissikinnon Four where none of the warring parties were what they expected.

Inside this book is cursing, amusing cursing, but cursing nonetheless. If bad language offends you, perhaps this book is not for you?

Set on the foundation laid by the Kurtherian Gambit Series, The Bad Company tells an entirely new story in the Age of Expansion – when the Etheric Empire is fast becoming the Etheric Federation with all of the trials and tribulations that come with bringing together different peoples, systems, and ideals.

Come on over and check out our two nominated books – Ascension and The Bad Company!