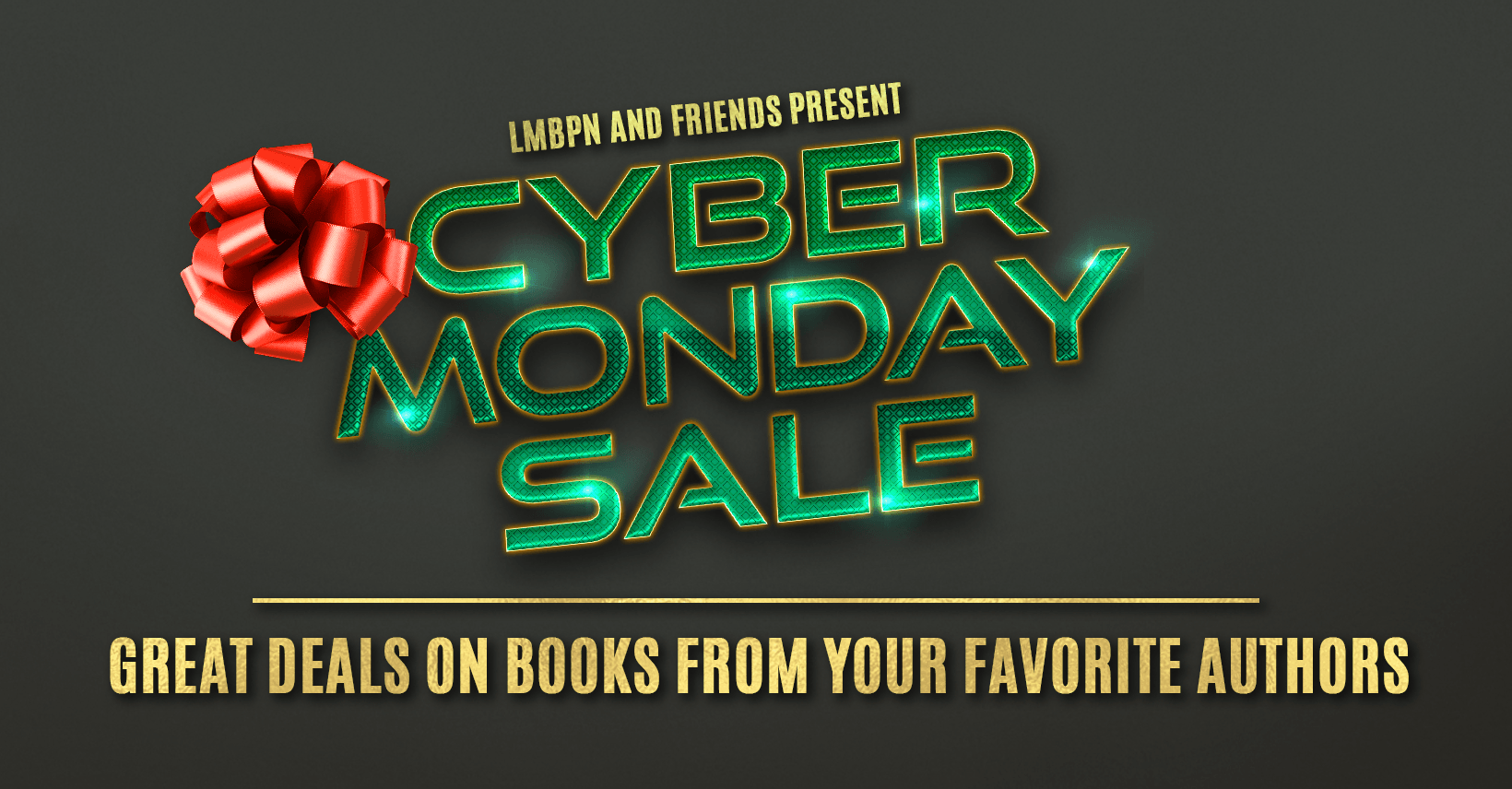 Whoever thought it was a good idea for me to get up bright and early to get this email done before the new releases email wasn't doing me any favors. Unfortunately, that person was me and I should have known better. Don't worry, there will be a good dose of caffeine into my system before I tell you about all the books coming your way this week.

But first, how about some Cyber Monday Book Deals! You can't shake a stick at these deals and if you're looking for some great reads, many of which have more than 1 book in them for less than a dollar. That means you'll have more dollars to spend on other Cyber Monday deals.

All of these books are 99c each and most are also FREE in Kindle Unlimited.

Check these out and then look for my new release email in an hour or so! 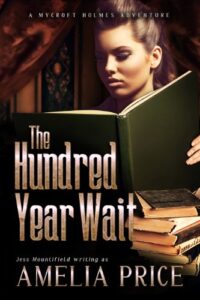 It's been one-hundred years since Watson died and Mycroft still doesn't understand what Sherlock saw in having such a companion, but after so long alone and somehow still as young, he is starting to wonder what it might be like to have a disciple of his own.

Life for Amelia Jones is dull, she's spent all her years writing about the adventures other people have, and then she meets the Holmes brothers. Can she persuade the most intelligent person in the world to trust her? And if she does, can she survive the danger that surrounds them? 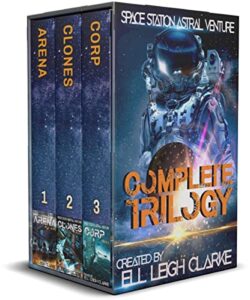 Waking up in a hostile environment… not the usual start to the day.

Not knowing who you are? Priceless.

A group of strangers awake with their lungs full of stasis goo. What they don’t immediately realize is that they’re going to have to work fast if they’re going to survive a concatenation of organic and mechanical beasts, traps and deadly encounters.

It’s going to take all their collective wit, guile and any innate abilities they can uncover because survival is far from guaranteed.

More than that, they’re going to have to work together.

This boxed set contains all 3 books in the trilogy: Arena, Clones, & Corp

If you liked Maze Runner, Aliens, The Hunger Games, Lost or Firefly, you’re going to love this psychological sci-fi mystery. 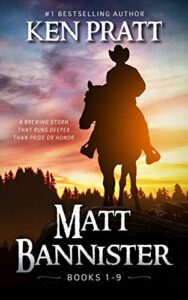 A BREWING STORM THAT RUNS DEEPER THAN PRIDE OR HONOR…

Fifteen years ago, the young Matthew Bannister ran away from the town of Willow Falls. Now famed U.S. Deputy Marshal Matt Bannister is coming home to reconcile with his family. He quickly realizes that old feuds unsettled never die and he must come face to face with his painful past.

Matt is a fighter, a killer and a tough man who isn’t afraid to stand his ground against anyone. Across the Oregon mountains he encounters religious prosecution, murder, kidnapping and lies – but he also experiences love, family, justice and the power of prayer.

“The story is about redemption, lies made right, secrets uncovered, families coming together and faith in God renewed.” 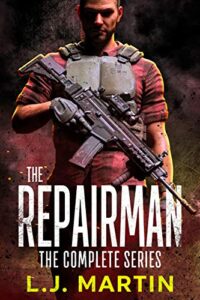 Title: The Repairman: The Complete Series

Got a problem? Mike Reardon, the repairman, can fix it. As a Marine, Mike Reardon, was taught to search and destroy, now he has to do what he knows best.

The repairman and his crew travel the world with the goal of solving the biggest and toughest problems. They always have their work cut out for them, but the most important goal is staying alive! 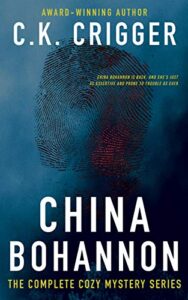 China Bohannon fled a bad situation and decided to start her life over as a strong, independent woman in the wild and woolly town of Spokane, Washington. China takes on the role of bookkeeper at Doyle & Howe detective agency with her uncle, Montgomery Howe, and his handsome partner, Gratton Doyle.

Spunky and determined, China is always one step ahead and cannot help getting involved – with the help of her trusty dog Nimble, of course.

“Crigger has created an enchanting heroine in China, with just the right amount of courage and vulnerability.” – V.J. Rose 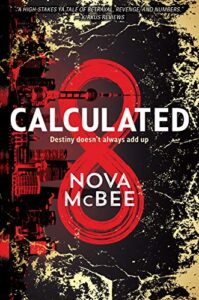 Set in Shanghai and Seattle, Calculated is a gritty, modern day blend of the Count of Monte Cristo and Mission Impossible.

She has many names – Octavia, Double 8, Phoenix, Josephine. She’s a math prodigy, a calculating genius and everyone wants her.

In seventeen-year-old Jo River’s complicated world of numbers, there’s no such thing as coincidence. When she is betrayed by someone she loves, kidnapped by the world’s most wanted smuggler, and forced to use her talent to shore up a criminal empire, Jo deems her gift a curse—until she meets Red.

Fellow captive and unlikely sage, Red teaches Jo to harness her true potential, so she can do more than just escape. Before he dies, Red reveals a secret about her enemies and makes her vow to right his wrongs. But Jo has a vow of her own.

With help from Chan, a bitter billionaire, and Kai, his off-limits son, Jo rises into a new role, ready to take down those who ruined her life. Until a mathematical error comes back to haunt her with a threat much more dangerous than the criminals on the loose.

To beat the odds, Jo must decide who she really is and if risking everything is worth it.

After all, history is not made—it’s calculated.

With themes of revenge and forgiveness, loss and identity, brainpower versus brutality, and the triumph of right over might, it will resonate with readers everywhere. 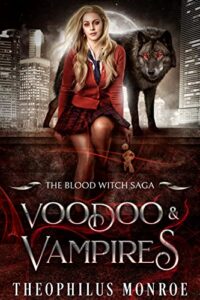 When one of the world's most gifted witches becomes a vampire, you'd be wise to heed this advice: Don't f*** with her.

I’m supposed to seduce and assassinate the vampire king…

The Voodoo Queen has evoked Erzulie, the Loa of Love, to render him susceptible to my allure

Once I’ve enthralled the king my orders are to stake him and cast a spell to harness the power that lingers in his blood.

But there’s one problem…

He has enthralled me instead.

My sire was staked moments after I was turned.

As a youngling, the Voodoo Queen adopted me. She taught me her art.

I've been working with the new Mistress of the Vampire Council.

She trained me in the ways of vampirism, the path of the night.

Most witches won't mess with the power latent in blood.

It's dark. It's dangerous. But if you can master it…

You can harness the power of life itself. 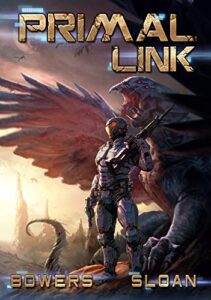 Missions to alien planets have resulted in interactions with strange beings in the past, but never on this level.

When Marine Corporal Goshawk becomes part of the search team tasked with locating some missing SEALs, he expected action and plenty of it. After all, they had to send in Marines to rescue SEALs.

What he didn’t expect was that the mission would completely transform him, body and spirit. As new threats from strange beings continually challenge the team and their mission rapidly spirals out of control, odd allies emerge in unexpected places. It’s no joyride for Corporal Goshawk and his small fire team, though, because those allies—the very thing that could help them—are driving a wedge between his team and his commanding officer, along with the rest of the Marines.

Will the Corporal and his team find the SEALs and complete the mission? Can they overcome the strange beings that threaten to take over? Or will they go down in flames?

PRIMAL LINK blends the excitement of Starship Troopers and the mystery and exploration of Horizon Zero Dawn to create a space adventure that will keep you on the edge of your seat.

Get your copy!
We use cookies on our website to give you the most relevant experience by remembering your preferences and repeat visits. By clicking “Accept”, you consent to the use of ALL the cookies.
Do not sell my personal information.
Cookie settings ACCEPT
Manage consent