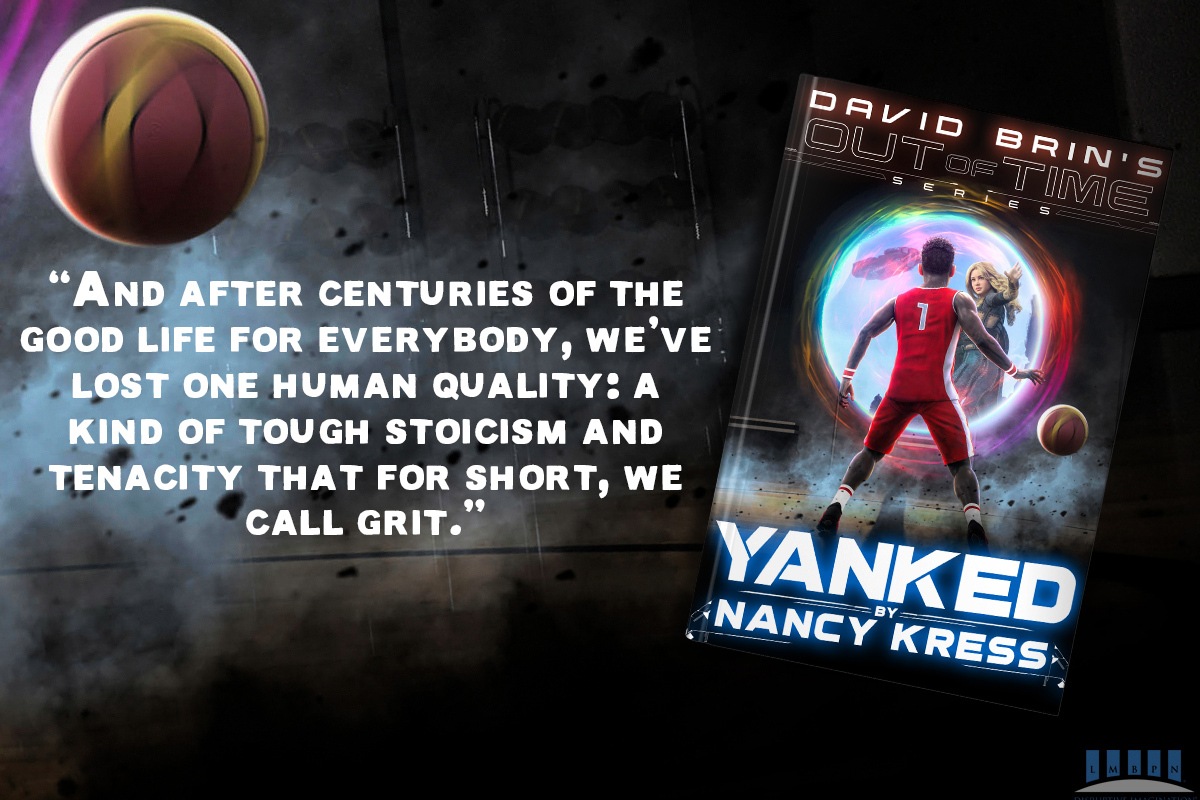 They always say ” I just don't understand this generation”, ” The world is going to crap”, ” Kids today”. We look fondly on the kids of the past as if those very things weren't said about them. In this case it is actually true, and the kids of the past hold the keys to saving the future.

Prelude: An unexpected and urgent mission

“I am sorry, Doctor Cee. There is no time to follow normal procedures for this mission. We must send a team through that sally port within twenty hours. That leaves us only two possible ways to proceed.”

The scientist—Director of Interstellar Operations at Edge Station Three—stared at a robot standing before her desk, knowing what the sophisticated machine was about to say…and hating it.

The robot hummed briefly and gestured by raising one flexible tentacle.

“First, we might send to Planet Jump a team of youths consisting only of boys and girls recruited in our own era. We have many candidates. All of them are brave, technologically skilled, and willing.”

Doctor Cee winced. She and her colleagues had been struggling for five years with the horror of this situation that Earth and humanity found themselves in…having to use teenagers for every interstellar task or mission, from diplomacy to colonizing new worlds. From trade to war. Many of the envoys she sent out were little more than children!

“If we do that, what are our odds of success?”

The robot had many human mannerisms. This time, it emitted a sad sigh.

“Rather low, according to the simulators. Our teens are brilliant and well-meaning, but we all know they are unready and ill-suited for this kind of challenge. At least not without help.”

“So…our second option is to use the time-yank machinery.” Cee nodded. “Grab ‘volunteers' from ancient times, who have skills and grit and instincts that we moderns so desperately lack.”

That was the whole reason for Operation Hourglass, and good results had been achieved a few dozen times.

“But this is no normal mission! With the situation so urgent, we'd have to yank them not only through time but simultaneously from Earth to here, on Edge Station, leaving them with at best a few hours to prepare!”

“In which case, perhaps we should wrap up discussing it?” the robot replied, perhaps with impudence. Da Vinci's model was programmed to be frank. “The decision is yours, Dr. Cee.”

“All right, then.” She nodded. “We'll do a time-yank. Have the simulation machines come up with candidates? Young folks from our past who would be flexible enough to help our kids with some chance of success, even tossed into this kind of makeshift emergency?”

The robot spun one of its tentacles, and a set of holograms appeared above the director's desk.

“It would be as unlikely-looking a ‘team' as we have ever assembled. Yet, I think you will agree there is real potential in these faces.”

Cee stared at five young visages, four of them figures from the near or distant past. She recognized two of them and quickly absorbed information on the others. Then she sighed.

“You are right. And so are the simulators. If any team would have a chance to land on its feet with scant preparation and deal with strangeness on the fly, it should be this bunch of kids.

“That is,” she added in a low voice, “if they can learn very quickly to believe in themselves.”

Isn't it actually everyones dream to time travel and save the world? I guess we will find out! Stay tuned for more sneak peaks, or head over to Kindle Unlimited and Pre-order David Brin's Out of Time: Yanked. This books will be hitting your devices first thing November 27th. 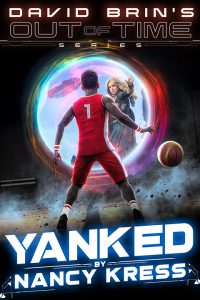