OOH and AAH at the books released this week

Be amazed by the new releases here: Week in Review

Johnny Walker figured out who killed his daughter fifteen years ago. The hard part will be bringing the monster to justice.  Bounty Hunter style with his hound dogs by his side. But the assignments for the Level 6 bounty hunter keep pulling him away. The Feds want him to help a politician who got caught in the wrong places. A dark magical is using the naughty info against him. It’s a sensitive case that will take some finesse. They’re asking Johnny anyway. Still, the old cold case draws him in closer. After all, family comes first.  He’s gonna find out this killer doesn’t run. The Red Boar is recruiting Johnny’s old bounties to take the Dwarf down. The Bounty Hunter has a trap of his own. He’s reviving his old reality show and stepping in front of the cameras. Will it work and finally bring him the peace he’s wanted for so many years? Either way, he won’t let his daughter’s killer get away again.

Ruby Achera just wanted a nice, quiet drink at her family’s casino in Magic City. The Mist Casino sits just above a kemana with an interior that would make a ghost feel right at home. Of course it does. After all, Magic City has to compete with nearby Vegas. A different kind of magic. Ruby is just back from University for the summer, catching up with an old friend when everything changes with a BANG!  A series of small blasts are exploding all around her. Chips are flying through the air. Someone wanted to announce their arrival in town. But who? Ruby is about to get drawn into a battle for control of Magic City. They just made the fight personal. Is the Ebon Dragon Casino next? Will Ruby’s secrets get in her way?

What's scarier than fighting the Queen of the Paranormal Court? Negotiating peace. Note: Rebellion was originally published as part of the megabook Rebellion, Battle and Truce. Rogue has secured America with an agreement from the Queen and now the US opens its arms to her. Working with Baxter and the Spectral Plane, Rogue heads to Washington to make connections with the US Government, but is waylaid by a strange group called the Shadows. Are they for her or against her? Cultish and without regard for normal moral boundaries, new enemies blur the line between life and death and dabble in things they shouldn’t.

ATLANTICA – the forgotten isle, the glittering gem in the cesspool of humanity's future. Anything you do inside your own home is allowed.  Santana Sokolov – John ‘Dick' Chamber's client and a woman he wouldn't mind getting to know much better. His case is moving forward, but for every two steps forward, it seems someone is trying to kill him. That gets annoying after a while. Make a little head-way, dodge bullets, get into a fight, run for your life. Wash, rinse, repeat. ATLANTICA isn't giving up her secrets easily, and others are now playing in the game. John took the money, he gave his word, he is going to find the pendant. Find cover, release the safety, and rack your gun. John Chambers is on the case, and bodies are starting to pile up. Something is going to break, and John's not willing for it to be him.

Don't Miss Your Chance at a 6 Month Kindle Unlimited Subscription. Click the banner below 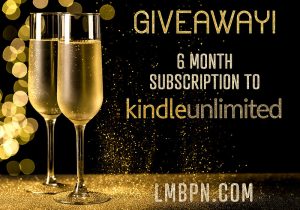