Another week, another bunch books to delight you.This week, there are a couple of second or third books in new series. What have you thought about the new series? Are you enjoying them? What about some of the older series?A new series is coming next week that I'm betting you will enjoy! Be sure to keep an eye out for Incidental Inquisitors series next week. I'm sure we'll be having a teaser for it later this week.I have 7 phenomenal books launching this week and one released this morning! 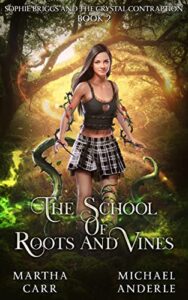 The second semester has begun for the Life Elemental, Sophie Briggs and her friends at the famous School of Roots and Vines. Things are changing and it may not be for the best.

Even Sophie is changing, though she doesn’t see her new abilities, yet.

Just what is going on?

A new girl comes to the school and it’s not too long before the fabled tree of Thicket Hall is turning against Sophie and her friends and no longer trusts them.

Someone new has stepped up, but who?

Something’s not right and Sophie and her friends are going to have to figure out what’s going on or it just might be the end of the school and the old oak tree – permanently.

Is the new girl behind this? Is she the new Marcus?

Can Sophie figure out what’s going on and get her friends to work together to stop it in time? 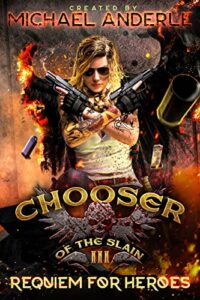 The Viking job has to get easier in time, right?

That’s wishful thinking on Valerie’s part. The Jarls keep dropping her and Jacob into problems it would take Heimdall’s foresight to unravel.

Someone is messing with an inexplicable list of companies right here in America. Their connection is unclear, but Valerie sees Cleopatra behind every move.

When will it stop? Is her enemy renting space in her head for free?

It’s becoming obvious that Jacob is starting to worry about his partner. Is it in a good way, or a ‘time for the straitjacket’ way?

While Val appreciates his concern, how will she deal with him if it comes to that?

Val isn’t the only one with an enemy taking up every waking thought.

Cleopatra has decided that the best defense is a good offense, and she knows who to use as bait. Val will do whatever it takes to save this person, even piss off a God.

When the Chooser of the Slain is on a rampage, everyone needs to keep their heads down. 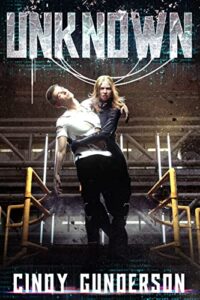 The Unreal World is calling…

As newly converted members of the Coalition, Channel and Aave infiltrate their prior home in an attempt to access Cerebrolink’s secrets.

After struggling to survive in the Real world, Channel once again finds herself in Paradise 3, where absolutely anything goes.

She knows her mission. But the Unreal World was designed to make people forget.

Following Channel’s unexpected departure, Mila and her friends join their Coalition escorts to complete the final leg of their journey to the Reals.

With inside contacts and undeniable proof that the Real world is healing, Mila has never felt more idealistic about their future.

That is…until unfamiliar faces emerge from a P7 rescue transport. Until everyone she loves is restrained and tossed into a holding cell in a vehicle heading anywhere but home.

As the Community’s vice tightens, the pull of a virtual utopia is stronger than ever.

Will Mila and Channel find a way to break free and save the people they love—and themselves—before they’re unknowingly trapped in Paradise forever? 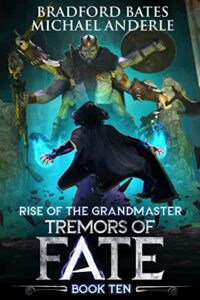 Note: This book was previously published as part of the megabook The Eyes of Prophecy.

Level up, power up, right? To no one’s surprise, especially Tim’s, it’s not so simple.

His access to new skills won’t come until he completes his class change quest. There’s no time to tackle it until the Goddess Eternia gets her power restored.

The Goddess was greatly weakened when she saved the guild and their allies from her sister. Returning to the city of Promethea, the Blue Dagger Society must find a way to help the Goddess power back up.

Eternia sends them on a mission to seek an audience with the King in the hope he can be persuaded to give up an ancient family artifact to save his kingdom.

Tim and the Blue Dagger Society find out that making it past the three royals standing between them and the King’s audience chamber is an easier task on paper than it is in person.

Each of the royals wants a boon for granting the guild passage through their lands, and there is an ancient evil standing in the way of completing the quest.

The dark Goddess Vitaria hasn’t given up her obsession with taking over the Etheric Coast.

Vitaria plans to push her advantage before the people of the desert can figure out she survived. Can Tim and his friends succeed before she sows the seeds of discord and makes her move? 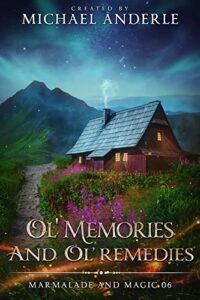 Recent revelations have drawn attention from outside the Holler.

Jemma Nox is still reeling from loss and the constant threat from Spearfinger and the bloody bones isn’t helping with finding time to grieve.

Add to that the pressure of making choices about her future and the townsfolk panicking about people going missing, and Jemma’s attention is pulled six ways to Sunday.

The last thing she needs is a candid camera moment…

The arrival of a TV crew and the cynical host looking to debunk rumors of the supernatural in Kalhoun County is the last thing the coven needs.

The coven gets a break when Spearfinger’s true nature is uncovered.

Can Jemma turn back centuries of hurt and undo the damage that was done before it’s too late for the people of the Holler? 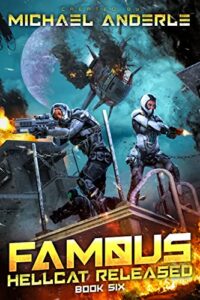 Did Dante’s revenge doom his team?

The omnipresent dangers of Earth continue to grow. The enemy’s influence reaches from the Stations to threaten the team. Dante needs a target to destroy to save his life and business.

That’s not so easy when he’s dealing with the elusive conspiracy targeting the Marauder and his friends.

The threat grows with each revelation, forcing Dante into his most desperate gambit yet.

Trusting others is dangerous in his line of work. Staking his life on men and women he just met even more so. But with the Stations at risk, there’s no choice.

Destroy the enemy or be destroyed. It’s that simple.

Dante’s battle against corruption takes him from the eerie beauty of a recovering Earth to a darkly familiar part of the station for a final showdown.

But is he ready to pay the bloody price for victory? 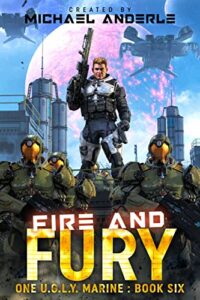 This is the final stand for Vale and its system against the Komran Empire.

The council doesn’t even want to call it a war, but the Vale General and Sergeant of the Army have a plan.

They needed one ugly marine when the Komran were getting aggressive, but now the enemy are here in force, they need as many as they can get.

Much to his chagrin, Joe is pulled from the fighting. His help is needed as the older soldiers and technicians are thawed out from the cryo storage.

The military leaders have to deal with leading the military campaign and the general populace as they become the highest powers on Vale.

The council and many of the citizens are afraid of the consequences of ceding control to those whose interests have always been focused on responding to threats by hitting back harder.

But this is war. The only way to avoid defeat is to accept extreme measures.

Joe has hundreds of troops that he needs to help get in gear. It’s a huge step up from squad leader. It isn’t easy going, but when has life ever offered him a smooth path?

The old soldiers are hesitant about the new ways of Vale. Being thrust into a massive galactic battle is more familiar territory.

While the military are prepared to go to whatever lengths are necessary to repel the Komran once and for all, the Council frets about what is to become of their precious society and their social standing once it is all over.

However, they fail to understand that if our heroes fail, their society won’t survive the Komran war machine.

Because the empire only accepts two things from their enemies: Subjugation or destruction.