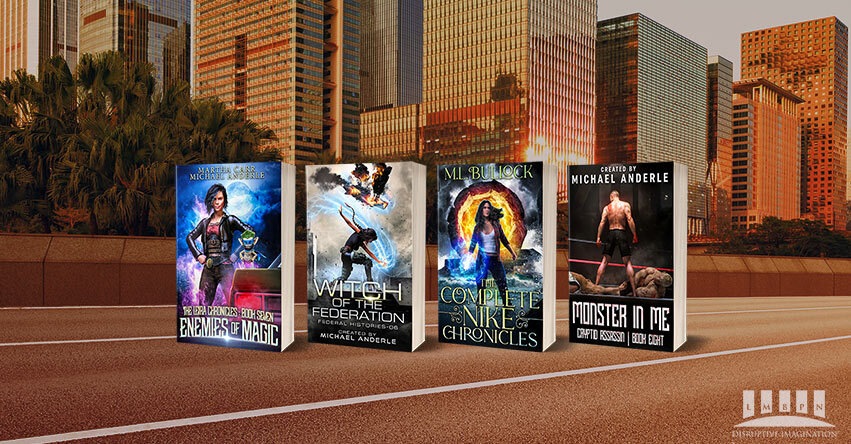 Have you caught up on your favorite series? If not, check out the list here: Week in Review

With 4 different books released this week, there is a story for everyone.

Shifters are invading Leira’s world… Leira Berens thought the war to reclaim magic was over… but it was just beginning. Ancient magic has been uncovered and Dark Forces are putting it to good use. Anybody need a human being changed into a hairy beast to do your bidding?

Witch of the Federation:

The Telorans just got pummeled in Meligorn space, but the victory came with unexpectedly bad news. There is another Teloran fleet heading in their direction. What will the Federation Navy decide to do?

Can Nike Augustine, the spoiled sister of Alexander the Great, find sanctuary on Dauphin Island? As the modern world encroaches on the forgotten immortal's safe haven, she hides in plain sight as an average “girl” next door.

It's time. The gloves are coming off. The mob has disrespected Taylor's people, and he won't stand for it. However, DESK is more than willing to help everyone bet their bank account on the outcome. But will Taylor be able to take out two very large mob guys and take home the scratch?

Are you ready to dig into the diversity that this week has to offer? If so, then check out the books here: Week in Review