A wide selection of new books to choose from this week. A little something for everyone!

Get Your New Books Here: Week in Review 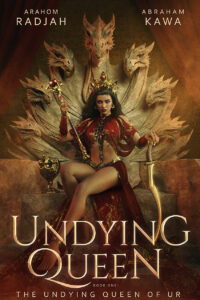 Undying Queen of Ur:

Arkhalla’s name is whispered in fear across the ancient lands of Sumer. In an era consumed by the flames of countless wars, could any mortal challenge the Undying Queen who ruled from her city of Ur and live?

Young Shamath is captured when his people are slaughtered. In the midst of untold horrors committed by the city's immortal, blood-feeding rulers, can he hold fast to his humanity as he looks death in the eye? When the cruel and beautiful Queen Arkhalla spares his life, he is wracked by inner turmoil. Is his guilt over being the last of his people left alive and the humiliation of being her body slave enough to crush the love for her that slowly takes root in his heart? 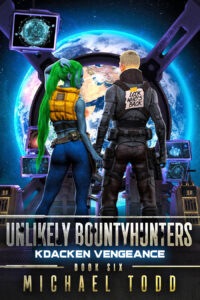 Gage is in trouble, deep trouble. He finds himself exactly where Meehix was when John saved her. He needs his friend, desperately, or his daily dose of probing is going to become a reality. Is this the way that Gonzo Gage goes down? Or will his friend find him in time?

The general is happy to have finally caught the pain in the backside who has been causing him all sorts of trouble. Now, he just needs to figure out which hole to drop him into so he’ll never be found again. On the other side of the galaxy, a Blavarian captain doesn't fear…anyone.

Can John, Meehix, Chuckie N., and the rest of the crew figure out a way to take him out without dying themselves? Can they figure out how to get Shippewa a good enough AI to even fight? 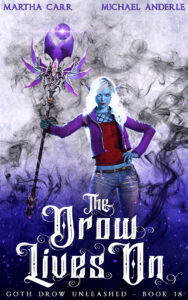 The Drow Lives On:

The end to the fight is nigh. Cheyenne has accepted who she is and she’s done playing nice Drow.

Time to find Corian and stop the spell L’zar is casting before he creates portals between two worlds that could be wide open forever. Can you believe he’s really doing this? Or is he being controlled by someone with darker intentions? The FRoE and Cheyenne’s army of magical civilians better be ready for anything. Who knows what will happen while they try to save both worlds?

Will Cheyenne be able to stop the ultimate destruction without killing L’zar? Or will she lose her father – again – in the process? 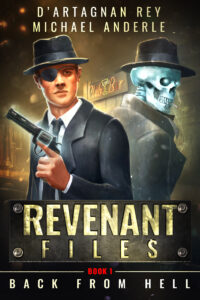 Among ghosts and breathers, there is a saying… “There is always something going down in New Orleans.” Ghosts aren’t a phenomenon anymore. They are as real as any living person. And many are just as scummy. Fortunately, there are unique bounty hunters like Johnny Despereaux to hunt them down.

Johnny’s mentor and partner, Vic Kane, a literal ghost detective, joined forces after a strange occurrence in his youth. Are they joined at the hip? Will both die if one passes? Johnny and Vic are on a new case that takes them to one of the most ghost-inhabited places in the world. Why? To try to hook up with a potentially big case and equally big payday. If they live to cash it in. 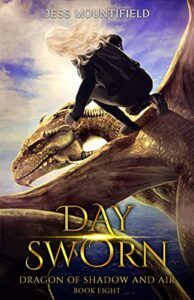 Still reeling from being a captive in an underground lair, Aella has more problems than solutions and they just keep getting worse. With the elven homeworld just a portal jump away and a powerful cult intent on opening one, can Aella face her fears once more and stand in their way?

Will they finally get the better of her? Or is her limited training enough to hold them at bay?

New discoveries are only going to make the problem worse, pushing the boundaries of everything she believed possible. Can Aella keep fighting with no rest in sight? Or will she finally break? 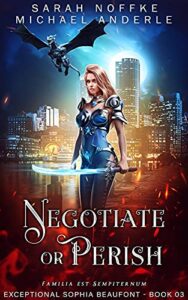 Dragons are almost extinct. Eggs are rare. The dragons alive are in danger. All because of one man.

Thad Reinhart doesn’t just want dragonriders gone because their role as adjudicators threatens his businesses. His grudge is personal. But there’s one thing he didn’t anticipate. Sophia Beaufont isn’t like any dragonrider before. She is modern. She thinks differently. And she definitely doesn’t look like a dragonrider. And when it comes to tackling challenges, Sophia uses new world thinking for old world problems.

Will it be enough to beat an evil bent on destroying the planet? 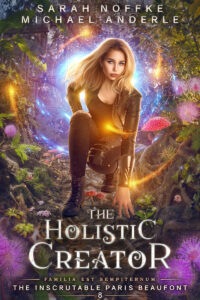 Most fairies are obsessed with love. But not all…

There are evil fairies out in the world who don’t care about peace, love and romance. They are obsessed with their greed, creating trouble for others and destroying all that is good in the world. Paris Beaufont won’t stand for that.

However, facing fairies with dark magic will put her to the ultimate test. It’s difficult to fight villains who don’t play fair and will stop at nothing to get what they want. Can Paris stop the evil tooth fairies before they destroy Happily Ever After College?