Don’t leave these new releases behind!

The seasons are changing so I think it's only appropriate that we see a small change, at least for this week. I've heard a few of you hoping for another slow week of releases so you can get caught up on your large to-be-read list and I have good news for you! This week is that week!

Of course, I won't be able to save you from the Wild Wednesday deals which will make your list even longer or the numerous books for fan pricing Saturday, but at least you have a few extra days to read this week, right?

When we have a ton of releases, how do you prioritize the books you read first and then after?​​​​

I have 3 amazing books launching this week and one released this morning! 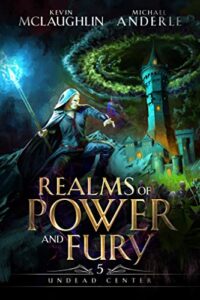 The Necromancer has turned his attention to the southern kingdoms.

His advance seems unstoppable. One after another, the kingdoms fall to his horde. Each new conquest swells the Necromancer’s forces.

How long until the armies of the dead outnumber those willing to stand against them?

Eric understands that if the Necromancer isn’t stopped soon, it will be too late to ever end his reign of terror, but the Nortyr are uninterested in helping those who invaded them the year before.

This evil must be stopped, or both the worlds he loves will be forfeit.

Eric refuses to stand aside and sets out into the world to find powerful allies with the strength needed to face this new threat.

Fleeing from undead legions while searching for anyone able and willing to aid his quest, he finds himself trapped in a struggle he cannot possibly win alone.

Will Eric find what he is looking for before the Necromancer gets his way? 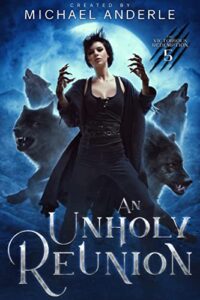 As Jasmine deals with curses and problems caused in the wake of the Queen’s departure, whispers grow about her father.

Sent across state borders, she finds Eli on the receiving end of a manhunt initiated by Tylindale. Jasmine is forced to protect Eli, angering her father enough to bring him out of hiding.

Reunions are not always sweet.

Tylindale demands to know where Deshawne is in the hopes of awakening the magical power that granted him immortality.

Jasmine refuses, but her father forces her to show him where Deshawne lies tied at the bottom of the lake. A manic fight reveals Tylindale’s necromantic powers.

He wants Deshawne’s power and he’ll do anything to get it.

Will Jasmine be forced to come around to her father’s power-hungry way of thinking? 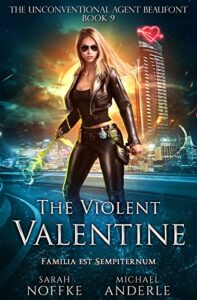 There is no replacement for real love…

When robots are used to replace love all over the world, the very foundation of it is rocked.

Can a machine be an adequate companion?

Loneliness seems to be going away…

But so is humanity.

Paris Beaufont and her friends know they must fight for real love.

To fix this problem, they are going to need magitech. And a detective. Oh, a bit of muscle and courage.

Good thing that none of those are in short supply if you know the right people.

Thankfully Paris does and they are all willing to help…in exchange for something.

Can Paris Beaufont save love from the modern world?