The books released this week are what dreams are made of. 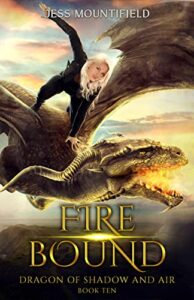 His attention has finally been drawn. Although Aella has done everything she can to avoid the notice of the dark elf who rules the elven homeworld with an iron fist, the two world’s are now connected. The majority of elves on earth still believe it’s worth the risk and wish to aid those on the other side of the portals who are fleeing from the tyrant. But they need Aella’s help to get them to safety.

When it really comes down to it, can Aella leave them to fend for themselves? Or is she going to risk her very existence once more to protect those weaker than herself? Now the dark elf knows she’s willing to venture forth, he isn’t going to just let her undermine him. Can she fight off his forces while protecting everyone else? 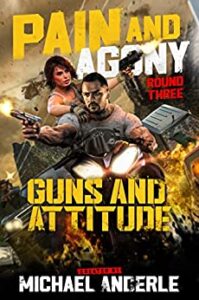 Jilted lovers, cheating spouses, treacherous business partners… All bread and butter that pays the bills for this dysfunctional Investigation team. Unfortunately, the past is catching up with one of them. Vengeance with a capital V is as rare as it is dangerous and doesn't pay. Except that is what both of them want. What choice do they have when a federal agent promises to turn the pair into his personal sock puppets if they don't comply with his game?

Going undercover amongst the great and greasy of the city, things move from unprofitable to… well complicated. From handsy swingers to dark intrigues to hidden criminal conspiracies across the various threads that hold society together is often more trouble than it's worth. But for a chance at revenge, is any price too high? 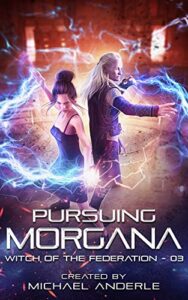 The future has amazing technology. Our alien allies have magic—and the real world needs Stephanie Morgana. School’s out, and Stephanie has family matters in mind. A revelation about her lineage gives Stephanie a clue to the origin of her abilities. BURT has an idea that bears further exploration. However, she has caught the eye of the militaries on both Earth and Melligorn.

When the world needs a Morgana, one will rise to the occasion. Stephanie is starting to gain followers. Her family are in danger, and the Ambassador needs her help. Will she figure out the difference between Melligorn MU and the power Earth holds? Or will she blow up again—this time in real life? 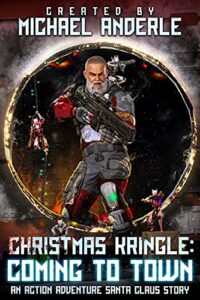 He isn't your parents’ Santa Claus. Kris Kringle had a hell of a Christmas last year. This year isn't shaping up to be any better.

The Workshop might have provided the enemy with a piece of jewelry she now wears around her neck. What is the purpose? Unbeknown to her and Kris, she is going to need it soon. She's a liability on the one side and a ticket to get Kris Kringle to bring the spycraft known as Santa's Sleigh into a position where it can be stolen. And Santa killed. Will Kris save Christmas? Will he be able to save his ex-girlfriend from execution? Will he even care after what she did last year? Finally, will the Workshop stop getting involved in Kris' personal life when he knows nothing about it? 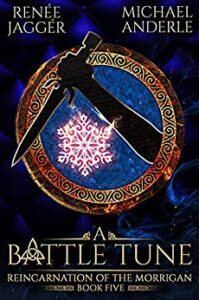 A fire at the arts center managed by the trust gives Ang the clue she needs to unravel the thread leading back from Bruce Pfeiffer. What is the goddess of war to do when the supernatural stakes just got raised? Day drinking is Meiran’s advice. Then figure out what the demigoddess who is stalking her is planning…

Angelica Morgan’s head is full of her goddess power’s previous incarnations. When they’re not demanding she satisfy their cravings, they must help her uncover a plot that designed to disrupt all aspects of Angelica’s life. As the past catches up to the present, will Ang ever get an uninterrupted date with Simon? Or will recent events…resurface? The banshees are acting strangely—more strangely than usual, anyway. Caught in a web of duplicity, Ang prepares for all-out war. 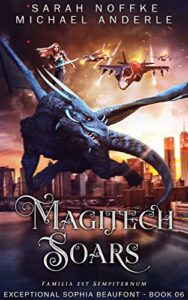 There is a history to the dragonriders that’s long been forgotten. The rivalry between the two most powerful men could be enough to tear the world apart. Sophia Beaufont isn’t about to let that happen though. However, first she has to complete her training.

Then she has to rally the forces.

Hiker Wallace has finally come to terms with the truth. He must take down Thad Reinhart. Will the Dragon Elite be successful or will evil riders rule the world? Continue the adventure and find out if Sophia and the Elite can save the dragon population. 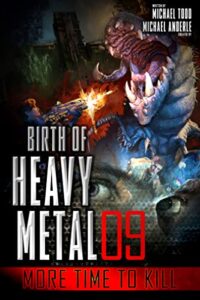 The world is still reeling from the tragedy of the Zoo’s recent massive outbreak. It failed, but does this mean it’s defeated?

Sal knows better, but can he convince others that this was simply a prelude to something even more terrifying? Or will greed and politics continue to feed on the spoils of humanity’s greatest enemy and ignore the terrible cost? While Heavy Metal expands their team in preparation for the inevitable hostilities, the Zoo begins its insidious campaign. With the Zoo bases swept into a frenzy of inexplicable attacks and feints by the alien jungle, can Sal and his team discover the purpose behind them in time? Beyond the obvious skirmishes and the new crop of monsters, is there something even more sinister at work?

These new books are an absolute dream: Week in Review