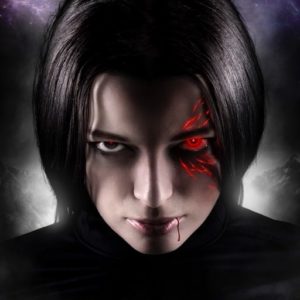 By Stephen Russell and Michael Anderle

I’m so freakin’ dead, thought the girl, as she tried desperately to hold back her tears.

Crying at school would just make matters worse. She didn’t need her classmates to be on her case for being a cry baby. As it was, the D she had just received on her chemistry test would be enough for her parents to ground her for two weeks…again.

Anne had constantly been in trouble with her parents for the last couple of years now. They claimed she was acting out because they had been required to leave their old life behind when some very bad people threatened her and her mom to make her dad do what they wanted.

Her parents seemed to have forgotten that Anne was the one who had sent a letter to Bethany Anne to ask for help.

The truth of the matter was, Anne just felt so tired nowadays that it was hard for her to stay awake, let alone focus, in class. And she hurt so much her aches had aches. Not normal, she thought, for a sixteen-year-old girl.

Her parents insisted that she was only suffering growing pains, which in their minds were no excuse for bad grades. They had been very clear in stating they expected her to excel.

Failing the entrance examination for the Etheric Academy had resulted in her being grounded for a week.

To heck with it, thought Anne Jayden. Knowing she would be subject to yet another lecture and probably grounded again, Anne decided to take a detour on her way home.

She, and probably ninety-nine-point-nine percent of the people on the Meredith Reynolds, knew that Bellatrix and Ashur had had a litter of puppies. She hadn’t been able to see any of them yet.

Heck, she thought to herself, she hadn’t even seen Ashur in person for the last couple of years. As things had gotten worse on Earth and the Etheric Empire headed into Yollin space, her parents Mason and Sheila Jayden had forbidden her to go near the Queen’s quarters. This meant that not only could she not talk to Bethany Anne, but she didn’t get to play with Ashur anymore either.

Anne decided to go to Yelena’s quarters, hoping she could see Bellatrix and some of the puppies for a little while. She’d get some video of them on her tablet so she could watch it as she served the prison sentence her parents would impose as soon as she returned home.

Anne exited the tram and walked to the intersection nearest Yelena’s quarters. Leaning against the wall, she crossed her fingers and hoped that Yelena or one of the dogs would show up soon, since she wasn’t quite forward enough to knock on the door. Thirty minutes later she sighed in defeat and walked back to the tram station to head home and face the music.

“Where have you been young lady?”

FROM STEPHEN>>> Once Michael added Bellatrix and then puppies, I decided I would try to write a story for one of the pups. Since Anne was already somewhat special in her ability to understand Ashur, it seemed she’d be a good subject. I asked Michael to ‘save’ Jinx, for me, as the canine character.