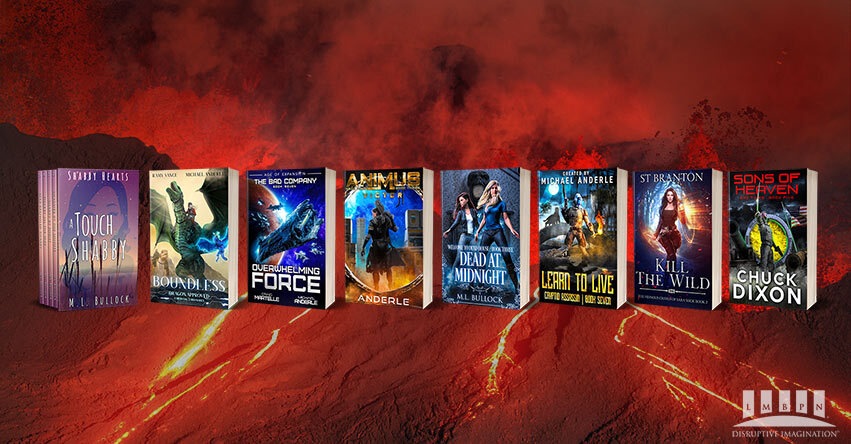 Did you see all of the exciting books we launched this week? Check out the list here: Week in Review

With 8 different books released this week, there's surely something here to tickle your fancy!

Aunt Mavis hands Arcadia the keys to the family business, the Shabby Hearts Trailer Park and Campground, but there’s a catch. It’s only two weeks before tourist season begins and the place is in major disrepair.

Would you go against everything you believe in to save the world?​ Alex has learned the true power of the Vardis’ weapon and it is terrifying, for Vardis wishes to unleash death itself. Death comes in many forms…

The keys to the universe are hidden on two different planets, both at war. The Bad Company is the only force capable of unlocking destiny.

This Madness is going to end one way or another. If Kaiden has his way, it will end violently, with his hands around the neck of the one who killed his friend.

What do you do when the family curse kicks in and Chloe finds herself in a paranormal fight for her life?

Niki Banks and her team from the DOD need Taylor's help, but he isn't at home. He is in New Orleans with her cousin, which has Niki more than a little curious. She needs to stop a potentially catastrophic release of cryptids into the Louisiana biome. But will Taylor be in jail by the time she arrives?

A dead body. A strange cult. A terrified people. Sounds like the perfect place for the Heinous Sara Slick.

Millions were dead. Millions more would join them…

Ok, WOW doesn't even cut it for this list of fantastically exciting books we released this week! All I want to do now is cuddle up with my eReader and an iced tea and read the day away! What about you? LOL I hope you have picked up all of these exciting reads! If not, don’t miss them! This week’s Week in Review