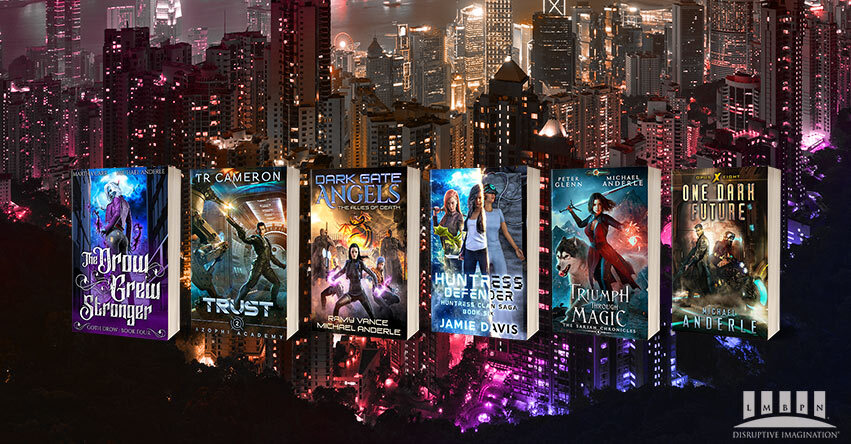 So Many Books to choose from this week! Check out the list here: Week in Review

An Exuberant amount of books to choose from this week!

Cheyenne is at the crossroads. Who will sit on the Drow throne? The blight is still ravaging Ambar’ogúl and spilling through the Border portals into Earth. It’s hard enough to discover the secrets in her father’s world that will force the Crown to step down. Now Cheyenne has to battle the darkness on both sides of the Border and keep her old life running like normal.

Aliens, Robots, and Enemy Humans all want Jackson Reese dead. They won’t see him coming. Jax and his team from Azophi Academy will need to TRUST each other on their next mission. They’re on the hunt for a new enemy AI. But will a new recruit pull their team apart?

The Allies of Death:

What would you sacrifice to win the war? The Dark Gate Angels have a chance to finally vanquish the Dark One from Earth and the Nine Realms. But ending it will mean allying with one of their deadliest foes: Rasputina. What’s more, ending it will also mean embracing the Dark Arts. For Anabelle, that means embracing the Path of the Lost. For Abby and Terra … well, let’s just say there’s evil in us all.

In the sixth and final book of the Huntress Clan Saga, Huntresses Quinn and Avery are the last line of defense protecting six powerful little girls. Their hidden power holds the key to the seals on a demonic portal. Dark Fae seek the girls in their last play to defeat the Huntresses once and for all. Now, it’s a race across two continents to get to Baltimore first.

The Master is coming to kill her. Can anyone survive? Sariah took down her old mentor and scored a bold victory for her new allies, but there’s no time to celebrate. The Master aims to kill her, and this time he’ll do it himself. His new magic is terrifying. With a single touch, he can sap all her strength, leaving her broken and powerless.

Another planet closer to Earth than Erik's moon gives up its secrets, providing Erik and Jia with clues that could lead to the answer to one of the questions he has been searching for. What was hidden on that small moon that his people were killed for? Along with the clues, an unexpected question pops up. Could an unfriendly but extinct species of alien not be extinct, as presumed? Both want the truth—but is the effort to reveal the truth good for humanity?

6 new books this week! An exuberant amount of books to choose from: Week in Review.