Hats off to all the dads on this Week in Review 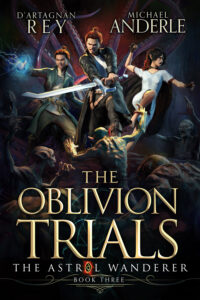 Inside each fighter are three types of magic. If a fighter acquires magical weapons, they can best those more powerful than themselves. Provided the weapons don’t eat their soul.

Devol and his two friends have been provided a choice. To take a test and graduate… Or die.

Each of their mentors believe they are ready. However, most who take the test never finish it alive. Can Devol, Asla and Jazai pass this test? Or will they lose one of their friends? Further, what is Koli doing in the test, and will he help them or continue his effort to kill them? 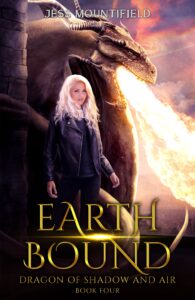 Who is hunting who?

With the Sanctuary under threat and the agency showing they’ll stop at nothing to detain mythicals and disappear them, Aella finds herself on the front lines once more. But this time the whole world is watching. Up against an agency director who appears to have unlimited resources and no hesitation in doctoring film and lying to make Aella look bad, she must be above reproach. Can she save the mythicals in need of her help without harming a single agent or soldier? And will the Sanctuary stand with her finally? With help from a surprising source and the continued growth of another element, Aella might just have a chance. 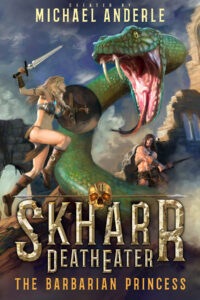 The problem with court politicians is their ability to stab someone in the back repeatedly.

Skharr DeathEater, the Barbarian of Theros, friend of dwarves and emperors, is a liability. The mysterious Dealer in Whispers and Death has let it be known in the right ears they can kill Skharr DeathEater—for a hell of a price. The Dealer has never failed to kill their target in the over two hundred years of their existence, and they love a good challenge. Can Skharr get himself out of this? Will his friends allow him to go it alone? Even the emperor is shocked to learn he must wait to find out what happens. Will Skharr survive the Assassin’s Trial for a killing he didn’t commit (this time)? If he does, how will he attack a phantom no one can find? 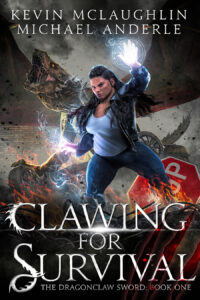 A dragon with nothing left to lose can be a dangerous thing. Unless, of course, that dragon is Galen Stormwing. He’s never been very dangerous. He was a failure at school, a failure at gaining powers, and a failure at keeping them. Now his own parents have told him he needs to do something to impress them within three days, or they’ll have him executed as an embarrassment to the clan. He does the only sensible thing he can think of. He runs for it.  But he’s not the only one fighting for survival. Vala is a young dwarf in school to become an engineer when she begins exhibiting magical powers. There’s never been a dwarf mage before, and not all her people are thrilled about it. Both of them are vulnerable, lost, alone — and hunted. But together, they might just have what they need to save each other! 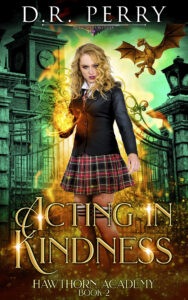 The voice in my head is positive I'm not evil. But I'm not so sure.
I considered my family one of the most respected in Salem's extrahuman community. I was only half right. On the first day at Hawthorn Academy, I found myself judged by strangers for my uncle's infamous evil deeds. To make matters worse, it turns out I'm an extramagus just like him, able to conjure more than one element like other magi. Extrahumans worldwide give thanks this is a rare trait. A power that always leads to corruption, they say. Considering I'm hearing a voice in my head, they might be right.

I could lose the only two friends I've made so far if they find out. Losing my mind might be preferable. At least my dragonet Ember believes in me. Is my fate certain, or can I rise above it and the stigma of what I am?

Die Again to Save the World:

Every time Rueben Peet dies, he ‘returns' to his body with the memories of what's to come. It seems that he gets to ‘repeat' his mistakes again and again.

Good thing, too…Rueben is the worst super-spy ever.

When New York City comes under threat of nuclear destruction, Rueben is the only one who can save the city. But even an infinite number of re-dos is not enough, for lurking in the background is a nefarious force threatening, not only NYC, but also the world. 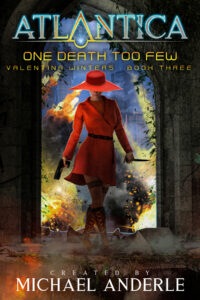 One Death Too Few:

The Red Countess, the lady Valentina Winters. If you see her, it's likely to be the last vision in your life. The Red Countess is on the trail of someone she loves. Unfortunately, the trail is blocked by someone who fears the day she finds out the truth. A truth she is willing to kill to learn.

Archie has made a bold move. A move that will accomplish much for his efforts in the conclave. Or give the Assassin a chance to claim his head. You never accomplish great things by risking small amounts.  Is Archie willing to risk his life to get what he wants most? Or is the Red Countess, the lady Valentina Winters going to learn just a bit too much and take back the only leverage he has keeping her from killing him?