Feeling Good about all the new books released this week.

Feel great about these new books here: Week in Review 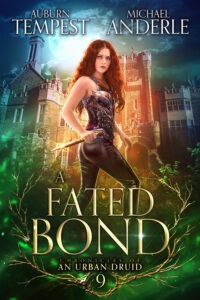 Magic, dragons, elves, and vampires are my new normal. At any point, I might get attacked by an angry book, be on the shit-list for forgetting to hook up my battle bear’s keg, or get called to investigate a gruesome magical murder. And how cool is that? Well… the investigating part, not so much the murder.

When Garnet brings Team Trouble in to investigate a string of discarded bodies, none of us likes where the evidence points. My Spidey-sense says something isn’t right. In the human realm, the evidence doesn’t lie. In the empowered realm… nothing is as it seems. Join Fiona as she strikes off on another action-packed adventure in the ninth installment of the Chronicles of the Urban Druid. 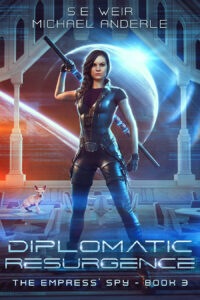 What if you found out your life was a lie?

Everything has changed in a blink of an eye, yet Seraphina Waters must find a way to solve a civil war while fulfilling her scariest role yet as Maid of Honor.

The past resurges to haunt both Link and Phina, revealing secrets hidden for decades.  After the truth is revealed Phina has to pick up the pieces. Not easy when the sum of your interstellar experience is measured in months while dodging assassination attempts and navigating new relationships. 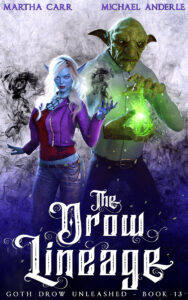 Her Drow Aunt is off the throne and all of Ambar’ogúl is looking to Cheyenne to guide them. Can the Goth Drow find a replacement for the throne? Better be fast.

There’s a long list of dangerous to-do’s and not a lot of time. Heal the blight. Take out the traitor in the FRoE. Break the rest of the curse on her mom.

Can Cheyenne step into her role as Drow Royalty on Earth? 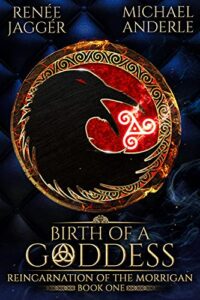 Birth of a Goddess:

What’s a girl to do when she finds out she has a great destiny? Reject it, of course. Until she starts having dreams that are someone else’s memories.

The world is on its second pandemic in a decade and EMT Angelica Morgan is burned out. An old boyfriend, and surprise her new boss, puts her on administrative leave. Believing tea and cookies is a good solution, Angelica heads to her grandmothers.

What Angelica learns sends her careening down an entirely new path. One she isn’t even sure she wants no matter how much she desires to help humanity. 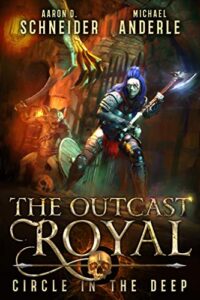 Circle in the Deep:

Across the sea from the bloody adventures of Skharr the Deatheater, another fell-handed wanderer treads a bloody road.

Leaving her people's crumbling decadence behind her, Axe-Wed wanders a savage world intent on making her way one axe stroke at a time.

When she finds herself the victim of a nefarious kidnapping Axe-Wed must battle her way through darkness and horrors in the deepest dungeons, as her allies face intrigues and treacheries in the world above, as the city teeters on the brink of destruction. 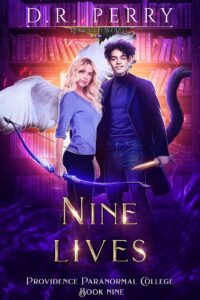 Olivia Adler’s completely normal adoptive parents don’t regard her extrahuman status as a secret, but they keep her medicated and on a day schedule. Without those meds, Olivia discovers powers and instincts beyond those of a normal owl shifter. Just as she starts exploring these new traits, her unrequited crush, cat shifter Tony Gitano, dies, and his body vanishes from the hospital. Olivia can’t mourn Tony for three reasons. Number one, she’s too busy assisting the Law Office of Ichiro and Dunstable with a high-stakes trial. Second, the Goblin King has charged her with a Quest in the Under. Third, she’s got a sneaking suspicion that PPC’s surly neighborhood cat-man is only mostly dead. The Unseelie Monarch isn’t the only one taking notice. The Gatto Gang boss can’t abide someone like Olivia investigating his alleged part in Tony’s demise. Will Olivia prevail, or die?

Get Excited About New Books Here: Week in Review