Five adventures await you in this week’s releases

The start of another beautiful week is here. If you like books filled with action and adventure, this week's releases are sure to scratch that itch. There are a bunch of great stories continuing with this week's new releases!

In addition to the new releases this week, we have sneak peeks of the two new series that released at the end of last week. If you didn't pick them up yet, these are two great new series we are sure you will enjoy. Learn more about them below!

I have 5 action-packed books launching this week and one of them released this morning! That's pretty sweet for a Monday! 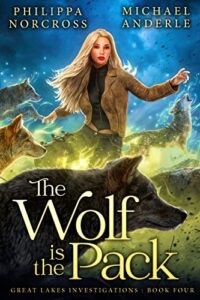 What do you do when your long-lost heritage comes calling?

Between their father leaving and their mother dying, neither Maggie nor Matt were ever affiliated with a pack.

When a werewolf shaman shows up looking for Matt, Maggie suddenly has a glimpse into a world she never expected to see…

…as well as a chance to figure out what’s going on with her powers.

Maggie cons her way into the pack to learn about her family and herself.

Things get complicated when one of the male shifters in the pack becomes sure Maggie is his fated mate.

Though she feels guilty, Maggie’s sense of belonging and her genuine attraction to the shifter complicate things, drawing her in closer.

One thing leads to another, and a series of accidents reveals her secrets to the pack.

Now, one half believe she’s an abomination, while the other half are vying to get her genetics for their bloodlines. 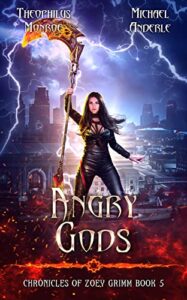 Some of them are pissed!

I couldn’t blame them.

How was I supposed to know that all the supernatural nasties I’d reaped were going to overrun Olympus?

Most of these gods hadn’t been on earth for thousands of years.

Some of them are enjoying themselves… a bit too much…

Others are looking for revenge. They’re coming for me.

It’s one thing to wonder whether I can possibly survive the wrath of the gods.

Now that they’re targeting innocent people to draw me out, I have to ask…

Is it possible to reap a god? 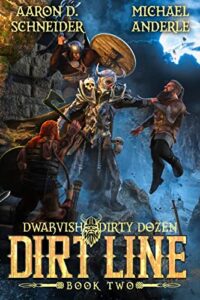 What do you do after surviving a suicide mission?

Do your best to get home in one piece, naturally.

Things aren't going to be that easy for the Bad Badgers. There are miles to go, and they’re on foot with their prize in tow and an army of undead at their heels.

Not exactly an easy stroll toward the line on the map that marks safety.

Safety is a rare commodity for all sides in the Vale. Unnamed ancient horrors and secrets best left buried lie ahead…and perhaps closer than the dirty dozen imagined.

Our ragtag bunch of dwarves soon learn that there's more than just the enemy at their backs to worry about.

The test that shakes them is far deeper and much more personal.

As the Bad Badgers’ honor and mettle are tested by the trials and travails of war, how far is too far? And can they ever come back if they cross the line? 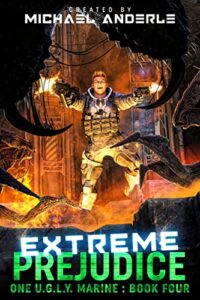 Subtlety is a game Joe is capable of, but he always preferred a more hands-on approach.

Unluckily for him, the Komran are no longer satisfied with a war of attrition and there’s no choice but to play.

After intercepting the Komran battleplans on his last suicide mission, Joe gets the request to take on the most challenging mission to date: diplomacy.

The team are sent to the outer fringes of the Vale system, where the Komran have planted traitors among the populations of three planets. If their plans succeed, the planets’ defenses will be taken down and a Komran invasion force will get easy access to stage landing points for a much more expansive push into Vale territory.

There’s no room for failure. The team must prepare to divert a war that could be ended in a day, or risk the start of a new level of subjugation.

For once, Joe needs to rely on his wits and his version of “diplomacy” to accomplish the mission and save the galaxy.

Sometimes, he wonders if he would be better off back in the freezer. 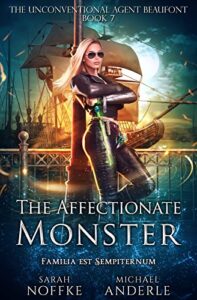 Love is a mystery…

But if Agent Paris Beaufont doesn’t solve it, then it could perish worldwide.

Promoted to the Director of Advanced Love, Paris finds more responsibility on her shoulders than ever before.

She must be careful though because now her decisions can lead to big changes—good and bad for love.

When all the residents of a small town come down with a nihilistic disorder, Paris knows she must act fast.

It turns out there’s something in the water…

To fix this problem, Paris will have to solve the biggest mystery ever.

Can Paris Beaufont save this small town and all the love it has to offer?

It may just be one place of many, but to this halfling, everywhere is worth saving.

A woman with a secret grieving her daughter’s loss. This was meant to be where Katherine and her daughter were supposed to hide and be safe. Instead, her daughter mysteriously dies, with no answers in sight.

Check out the sneak peek of The Kindling Burns!

A new series comes your way this month with Heinous Crimes Unit. If you like psychological thrillers, you'll want to check out this sneak peek and the series!

Read this sneak peek of The Surgeon's Scalpel!
We use cookies on our website to give you the most relevant experience by remembering your preferences and repeat visits. By clicking “Accept”, you consent to the use of ALL the cookies.
Do not sell my personal information.
Cookie settings ACCEPT
Manage consent