The books released this week are straight-up fun!

Have fun with these new books here: Week in Review 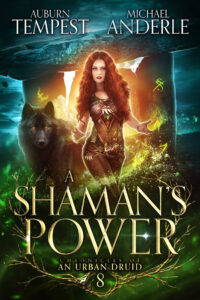 Ye screw with this lass, ye get put on yer ass. The focus of my life as an urban druid is to stand as a guardian of nature. The focus of my life as Fiona Cumhaill to stand as a guardian of my family. Seriously. Don’t screw with my family.  It’s a no-brainer, drop everything, and take up the fight topic for me—If you need me, I will come. So, when darkness conspires to overtake the light and people I love are sucked into the wake of evil, the Toronto crew grabs the go-bags and answers the call. With rituals to learn, a goddess to honor, and a traitor to hold at bay, we tackle the incoming maelstrom in true Cumhaill style. Sure, we may be out of our depths and behind the eight ball, but what else is new? Join Fiona and Clan Cumhaill as they head off on another action-packed adventure in the eighth installment of the Chronicles of the Urban Druid. 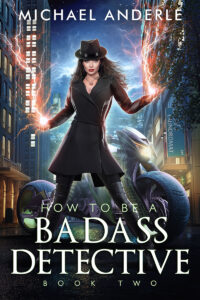 How To Be A Badass Detective: Book 2

When the enemy is a blood-magic-wielding Orthodoxy, most private detectives allow someone else to deal with the problem. Not Kera MacDonagh! Unfortunately, she is presently dealing with a relationship that tries her patience. Her mother! Can she finish just one trip without one of them hurting the other or Kera becoming a raging alcoholic? There is a problem and planes are grounded, so how is Kera going to handle that? This detective has to figure out a string of murders. Murders that might or might not have been used for nefarious means. Is Kera up to taking on some of the worst the world has to offer? If she does, will she rise to the occasion or break under the weight? 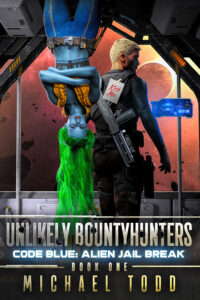 It was supposed to be two bros on a lark to find jailed outer-space aliens.  They honestly didn’t think it could be real. Now, one of them has busted a foxy blue alien female out of jail, stolen a UFO, and decided to start a non-profit to ‘Save the Aliens.’ The only problem?  One of them might be falling in love.

*Warning: Graphic bro-humor, and much stupidity from guys who don’t know any better. 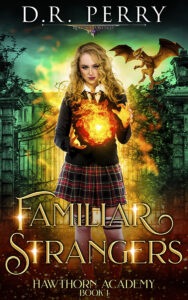 We all start as strangers. Why does that make me so nervous?
I can't imagine life without Mom, Dad, Bubbe or my friends in Salem. And that's what I'll be living at Hawthorn Academy, the campus between worlds. But Hawthorn Academy's the place to be if I want to join the family business as a veterinarian for magic critters. It's magi only at my new school, so I'm going without my besties. The only person I'll know there is my snarky big brother. At least I've already bonded with a familiar. But my dragonet means I'm destined for above average power levels.  The last thing I want to do is scare people off. You only get one chance at first impressions, after all. But will I make friends or enemies? 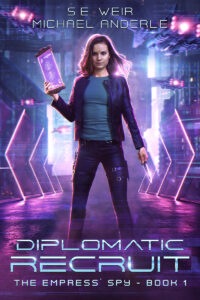 What if you were given an offer you shouldn’t refuse?  Seraphina Waters craves the opportunity to protect Bethany Anne’s growing Etheric Empire.  Thrown a lifeline when she needs it most, she’s given a chance to prove herself.  If she can.  Pulled into alien politics, and a life beyond her imagination, Phina might just have a chance to have the one thing she’s always wanted. Now, she just needs to pull it off without getting killed.