There is nothing to fear, new books are here! 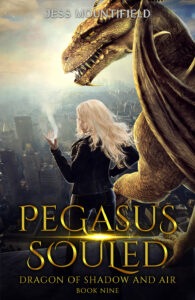 Could the most powerful dark elf known to humanity and the mythical races still be alive? After all, he was the reason the elves had closed the portals. And now someone was trying to open them again. Could humanity, or even the mythicals, survive it if that someone was successful?

Aella has to stop the attempts, but to do so, she has to be in about five places at once, and she’s getting tired. Will Aella be able to protect the human world from the dark elf and his plans?

Grab book 9 in the Dragon of Shadow and Air series now to find out if Aella can keep earth safe from the worst threat to its inhabitants—all of them—in millennia. 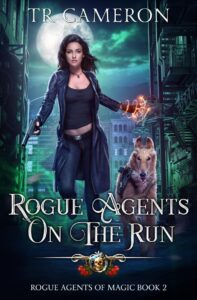 Rogue Agents on the Run:

On the run. Pursued by the Government. And then – A new menace arises. The loss of their base and most of their equipment was a staggering blow. But Diana Sheen dealt with it with a troll by her side. No more running. Time to turn around and fire back.

Individuals corrupted by Rhazdon Artifacts was one thing. Finding out that a cult has risen around the powerful magic items is another. Dark times for the former Federal Agents of Magic, officially declared Rogue. There’s only one way to deal with dark times. Light them up with magical fire. Diana’s team is on the case. For action, magic, snarky banter, martial arts, mystical creatures, and high intrigue, join Diana and Rath on their new adventures! 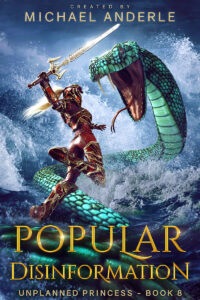 Was defeating the monsters under the seas of Europe the end of Zaena’s worries?  Well, no. She knows the worst battle will come at the Night Elves’ abandoned enclave. Is it possible the demise of the Night Elves was exaggerated?

Something is bringing back creatures that hadn’t threatened humanity since elves walked among them. Zaena and Team Princess confront threats all over the country, but how can a warrior be prepared if she doesn’t know what she might face? The tenuous multitribal alliance thinks Zaena is asking too much of the other enclaves and not enough of her own. It’s easy to ask others to sacrifice, but are the rest of the noble elves willing to do the same? 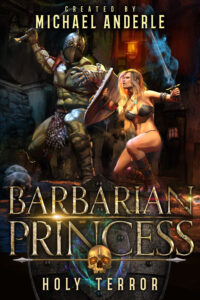 Cassandra has fought alongside Skharr DeathEater, but will she be able to forge a new path alone? When the former paladin turned Barbarian Princess is robbed while aiding travelers against brigands, she vows to find the miscreants. Will her search lead her to them or greater danger? In the war-ravaged north-east of the continent, a new evil has arisen and begins to impose a rule of dark sorcery and fear on the small settlements. Will she find the allies she needs in time to save a town? How will she know who she can trust in this evil hour? Her quest will demand everything from her but she cannot turn away. Does she have sufficient skill, experience, and determination to defeat the rising malevolence? She pits her steel and will against sorcery and its army and digs deep. This is what it means to be a Barbarian of Theros, but can she hope to survive? 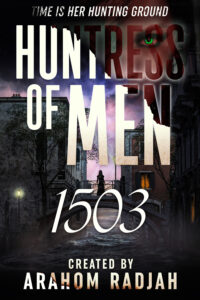 In the darkest of times… The most unlikely heroes emerge.

The year is 1503. In Florence, Italy, a great artist is about to finish his masterpiece – his sitter, a woman who for ten years has been living a life she desperately tries to believe is her own. In the height of the Italian Renascence, the Huntress of Men must once again leave behind those she came to love and walk away from the place she now calls home. But before she can go, Narama must uncover the homicide of a prominent citizen and bring to justice those who tried to blame her for the crime. Rocked by the memories of a life she can’t forget and the affection of a child she cares for as her own daughter, Narama must find the murderer before the authorities investigating the crime discover who she is.