Goodbye Means Nothing at all in the Game of Thrones World 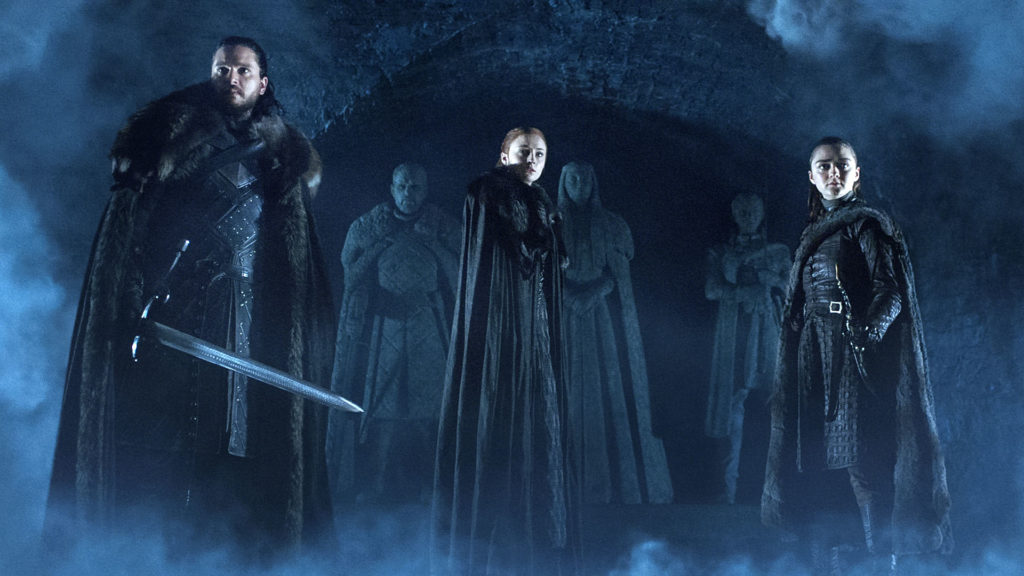 In the alternate universe that is the world of Game of Thrones, there are very compelling characters who sometimes come back from the dead.

Winter is here, and the winter of Game of Thrones will air on HBO beginning April 14. The final season of the epic saga will quite possibly connect all the various threads that nerds like me have been speculating about.

Rumor has it that everyone’s favorite man to hate will return. In a recent Time article, they wrote about the return of Petry Baelish and that his death was, in fact, orchestrated. He is a possible genius and anyone who has watched Benedict Cumberbatch’s portrayal of Sherlock Holmes knows that masterminds always have a comeback and epic rises from death concealed under their sleeve.

I love to hate him even more than I love to hate Cersei. I really don’t think anyone knows how it will all end. I will say that I do think all the different characters will finally come together. In fact, in order for the survival of the world, they do need to come together. The Night King is just across the wall and he now has a zombie dragon.

I think the question is how do they come together, not if. They must in order to salvage some of the wreckage that is the world of Game of Thrones. In many ways, it is a very dark and unjust world. It is still their world and one in which they all reside. I don’t think anyone there wants the Night King to take over. However, it’d be nice to see Oleana rise from the dead as well as Catelyn Stark. Maybe there is justice if the zombies take over?

One thing is certain: no one knows how it will end. George R.R. Martin has yet to release a final book and the scripts for the final season were set to self-destruct once the scene ended. No one really knows how this epic story ends and none of the actors are talking or giving clues.

Just when you think the final nail is in the coffin, something changes and a character we all love to hate comes back. That’s why I’m in agreement that Petyr Baelish will return and even finally take over the Iron Throne. That is my prediction and I know it’s a long shot, but long shots are what Game of Thrones is all about. I’m guessing  Cersei and Daenerys will put up some sort of fight, and I imagine dragons will be involved.

This is not a fairy tale, but wouldn’t a fairy tale ending be the exact thing that could really pull the rug out of the genre that Game of Thrones fits in to? Say, Jon Snow doesn’t get the throne but stays King of the North. Daenerys gets the Iron Throne and Petyr Baelish is her hand. I do think that Petyr is coming back. He is such an interesting character and his devilish ways are quite intriguing. How do Cersei and Tyrion fit in? What will happen to them?

What do you think will happen? There’s so much speculation and really it is a chance in the dark to guess what will happen in this world. It is the home for so many different personalities and cultures. Can they come together to fight the Night King? Only the tincture of time will tell if Daenerys will finally break the chains of the world of injustices that lives in Game of Thrones. One thing is guaranteed: The Iron Throne will be the final home for someone.

Tammy Marshall is an award-winning journalist with more than 20 years of writing. If you really want to get her on a subject, bring up Star Trek. She loves talking about traveling through space and what Gene Roddenberry’s vision did for science. Her hope is to inspire the first person to go to Mars and become the next Neil Armstrong. Her favorite movies are The Martian and Contact. She got to see Neil Degrasse-Tyson and George R.R. Martin. She wishes she could have met Carl Sagan. When she’s not plotting interstellar travel, she’s digging in the dirt. Her vegetables are legendary and her chickens have won awards. When her hands aren’t in the garden, she’s traveling to conventions around the country hoping to inspire the next person willing to go to Mars and aid Elon Musk on his mission.