All these characters have something to fight for in this week's new releases. 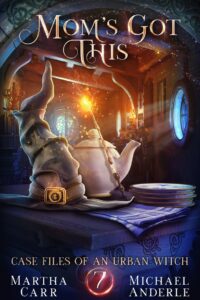 It’s getting harder to keep magic hidden from the mundane population of Los Angeles.  Good thing Lucy Heron and the Silver Griffins are working overtime to keep it a secret. Will it be enough? More magicals are flexing their powers. Nuada Industries’ magical owner is trying to take out the competitors so he can grow his business. But something’s off about Finn Nuada. There’s something hinky about what he’s doing. Meanwhile, the Herons have their own battle.

The Underfoot Brigade have been finding ancient Tolderai sites. Will their discoveries help or hurt the Tolderai?But wait, there’s more. A string of magical murders will raise an alarm. Can Lucy, Jackie, and the Silver Griffins prove who is behind it and shut it down before more are killed? And how did an elephant end up in the backyard? 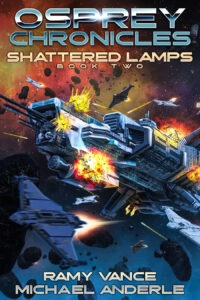 Don’t you just hate it when a wormhole closes without notice? To make matters worse, alien raiders are plaguing the quadrant. Jaeger finds herself in uncharted space with no allies. How will she get her ship and crew out of this predicament? When all else fails, work your way into the good graces of those in power, right?

Jaeger thinks destroying those pesky raiders will buy her some goodwill. Although she’s out-gunned, out-numbered, and out of time, Jaeger, Toner, and the Osprey crew have to go for it. But how can she defeat a hostile alien force with a skeleton crew? And what if the gesture is not enough and they are forced to leave anyway? Where will they go? Cheyenne Summerlin sought answers about her condition from the Banebreaker, but the answers she got weren’t what she was wanted. What is a Drow to do when things aren’t going her way? Fight harder.

Cheyenne and Bianca are running out of options. It’s time go across the portal to Ambar’ogúl or die trying. Death is not high on either of their to-do lists.

But once there, answers lead to more questions. Can Cheyenne figure out how to fulfill her promise to restore the Nimlothar forest and the balance of magic in the world? 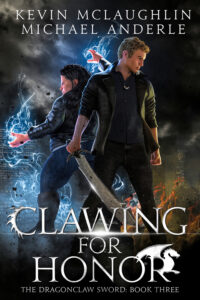 He used Claw, his magical sword, to save the town of Cranbook, and now Galen and Vala are enjoying a little well-earned success for a change. But it seems like tales of his derring-do have exploded far beyond the reality of the story. The greatest dragon swordsman alive wants a piece of Galen, and he’s on his way to collect. Galen has just three days to learn to use his sword effectively.

While he’s off seeking help from his friends, Vala ends up in trouble of her own. A simple job application takes her down a rabbit hole into — well, she’s not quite sure what it is, but the deeper she looks, the greater the risk grows. Together these two have faced some tough adversaries. But now they’re divided — and about to discover if the strength they’ve each found within themselves is enough. The Way of Wisdom:

Angelica Morgan has already climbed higher than she would have dreamed. But there is no time to appreciate the view. Because one crown isn't enough if you're The Morrigan, and if she's going to keep this green and blue ball from spinning apart, she needed that mantle yesterday. Good thing she's not alone now.

Whether a hard as coffin-nails soldier or an old druid who might be Merlin, none of them can take up the crown, much less bear its incredible weight. They might come in handy as challenges mount. From armies of empty-eyed homunculi to uppity Sidhe who think they want a shot at the title. Ms. Morgan is learning that the higher you climb, the further you can fall. But The Morrigan must ignore the height because those with the knives aimed at your back won't give it a second thought. 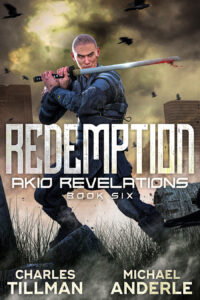 War against the Sacred Clan Weretigers still rages. Akio’s targets have become more elusive, but “scattered and hidden” doesn’t necessarily equal “safe.” While Akio focused on the Sacred Clan, a deadly threat returned. The Forsaken have been hiding and preparing for years. Now they’re ready to step out of the shadows and unleash their plans to enslave humanity. Critical technology is failing.

Years of hard-fought battles have taken a severe toll on the essential tools he relies on to fight the war.

Can Akio and his allies fight their enemies on multiple fronts? Or will he have to make the hard decisions about who survives and who dies?