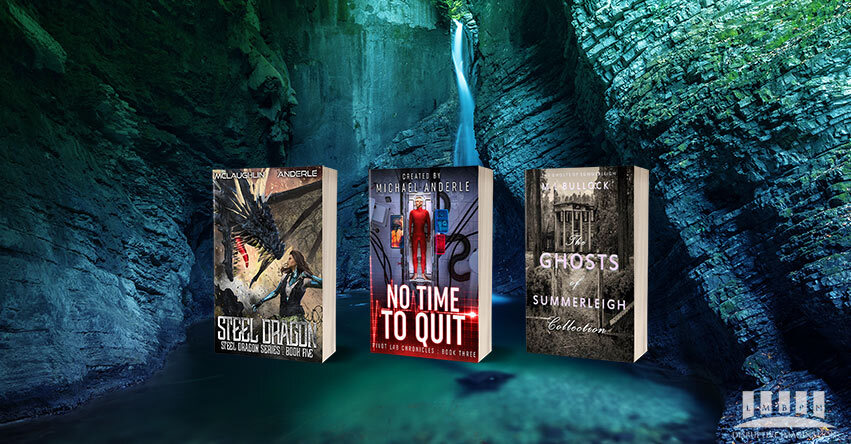 Ghosts and beasts from the past fill this Week in Review for August 30th – September 5th, 2020

Did you see all of the exciting books we launched this week? Check out the list here: Week in Review

The mage uprising has been put down, but it wasn’t enough. Dragons have become aware that humans can arm themselves with weapons deadly to even dragonkind. Dragons are living in fear of humans for the first time in living memory, and they hate it. The war has arrived. Lord Boneclaw will lead the armies of dragonkind to decimate humanity. Their aim is to slaughter billions, thus bringing the threat back under control. Only one thing stands in their path.

No Time to Quit:

He has a chance to regain a bit of the fun when his friend agrees to go mountain climbing before the big day. Cynical and self-absorbed he never considers the consequences until he wakes up. He can move, but has lost all memory of HOW to move, Anything. There is a promising technique that requires Benjamin to enter a virtual world. The problem? He will be forced to admit to his fears.

The Ghost of Summerleigh Complete Collection:

Jerica Poole had no idea how quickly life could change until hers is ripped apart at the seams. The troubled nurse makes the journey to Harper's hometown of Desire, Mississippi, and immediately finds herself swept up in a 75-year-old mystery: what happened to Jeopardy Belle? When she begins exploring the Belles’ old homestead, Summerleigh, she discovers that some of the former tenants live on in ghostly form and would love nothing more than to add Jerica to their numbers.

The Ghosts of Summerleigh Collection contains the entire trilogy by M.L. Bullock including The Belles of Desire, Mississippi, The Ghost of Jeopardy Belle and The Lady in White.

With 2 books and a collection released this week find out what is haunting our Protagonists here: Week in Review