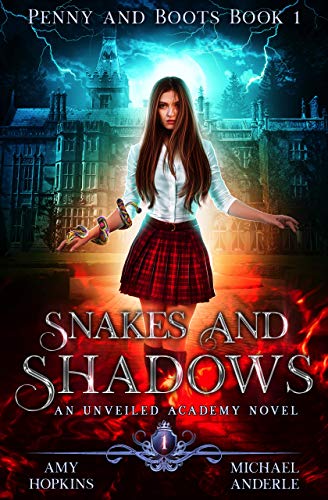 Perhaps that’s how Penny and Boots landed a recruitment letter for the Academy of Myth and Legend.

Who’s Boots? She’s a serpent. Not just any serpent — she’s a Rainbow Serpent, an ancient Australian Dreamtime legend come to life. It's actually not so unusual these days. Mythical creatures are tumbling through the Veil every two seconds. The Academy not only teaches its students how to fight the bad ones, but to protect the good ones as well.

That's why Penny joined. She’s only there to make sure Boots stays safe. Once she figures out a plan, she’s out. At least, that's what she’s trying to convince herself — and her new friends, including Cisco. It's only a coincidence that Penny blushes when he talks to her, really!

It's exciting to be recruited as one of the first wave of students at the Academy, but it's no joke. There's the classes, of course. And then there are poltergeists, bigfoot hunting expeditions, and psychotic gnomes. Just staying alive is a challenge.

But together, Penny and Boots can face anything. And they will. No matter what happens.

Buy Now
Other LMBPN Books in "Penny and Boots" 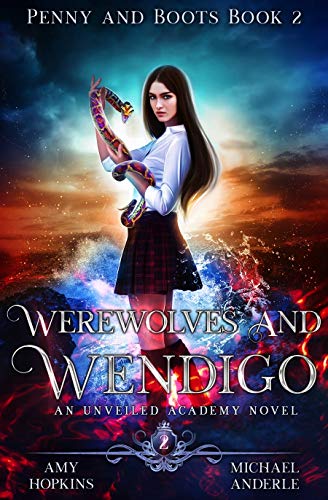 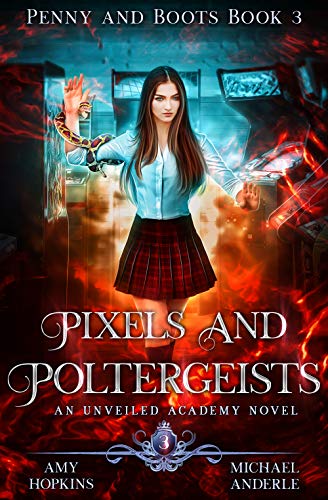 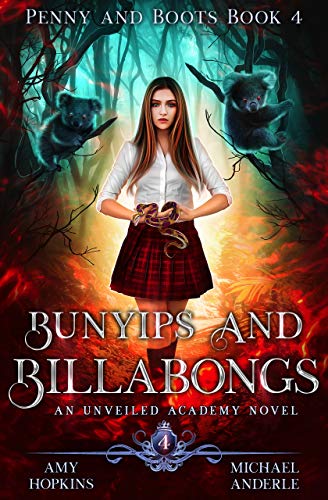 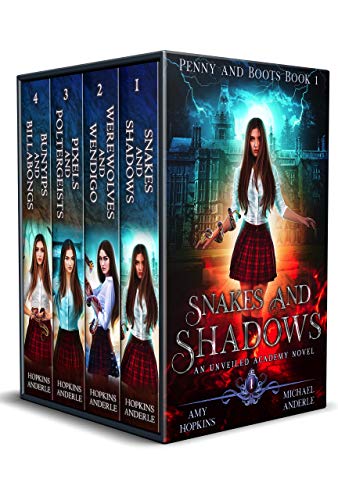 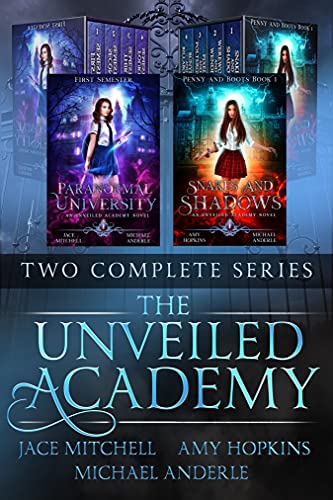 The Unveiled Academy: Two Complete Series
Look Inside
About the Author
Amy Hopkins 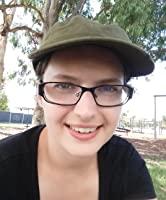 Amy Hopkins lives in Australia with her husband, two kids, one dog, four chickens and a lot of books. She's most often found (against her will) hiding deep in a hammock on the deck, book in one hand, Cadbury's in the other. I she could do one thing to change the world, it would be to ensure every child has access to a comprehensive library of wonderful books throughout their life.