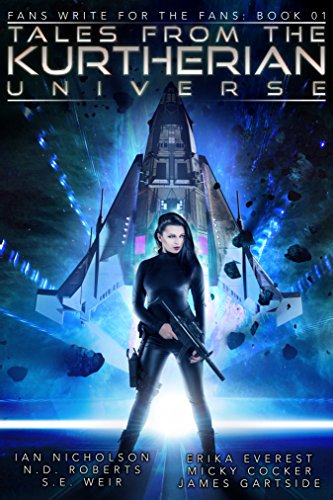 Tales from the Kurtherian Universe: Fans Write For The Fans: Book 1

The Kurtherian fans have come together to create a book by the fans - for the fans. Step inside and take a peek at stories inspired by the wonderful world of the KGU.

A poem to kick introduce our collection of stories

On the alien world Castellegia, brave young Holi fights for the survival of her ragged band of orphans. Who will save them from the green-eyed mutants who stalk the night? Justice calls upon Castellegia at the moment all is lost for Holi.

A story of strength, determination, and the softer side of everybody's favorite benevolent dictator.

Phina just wants to be a spy and use her self-taught hacker skills to help the Etheric Empire.

She embarks on one last adventure to try and make her best friend's wish come true. All it takes is a little B&E and some access pass forgery- no big deal for Phina's skills.

But with a mystery man talking in her head and tracking her every move, and a confrontation with leaders of the Etheric Empire, Phina might get more than she bargained for.

I am one of the Drakis, the enhanced warriors of our race. Our Gods have sent us to fight ignorance and injustice in the universe, and to bring peace and enlightenment instead.

On the planet I am assigned to, I meet a native who is not grateful for our help. In fact, she despises us for our interference. Her attitude challenges my entire worldview. Is my cause truly as noble as I have always believed? Or is it something more sinister?

And what are the God’s real intentions for the Drakis?

The Terrorist Within, by James Gartside

The Meredith Reynolds is a beacon of hope to many in the federation, but to one young girl it is a symbol of everything she wants to destroy.

What will you do for the one you love?

How will you face your worst nightmares?

Something sinister is lurking in the dark of New York City, preying on those abandoned by society. Young runaway Adam tries to rescue his best friend, but he ends up caught as well. They have little time and no hope left. Because when monsters are real who can step up to fight them and set things right?

Till The End Comes, by James Gartside

The Kurtherians created them to fulfill a need. What happens if they are no longer needed? Do they face obliteration or freedom?

Buy Now
Other LMBPN Books in "Fans Write For the Fans" 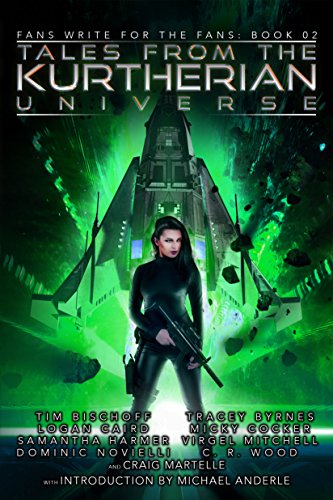 Tales from the Kurtherian Universe: Fans Write For The Fans: Book 2 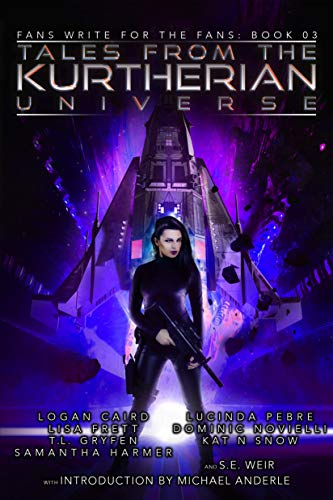 Tales from the Kurtherian Universe: Fans Write For The Fans: Book 3
Look Inside
About the Author
C. R. Wood