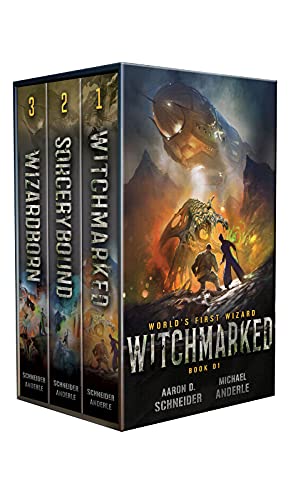 Enter a darkened world where, so far, no one has won World War I and now dark monsters are choosing sides in the World First Wizard Complete Series boxed set. Dive into a double fisted tale of war, magic, and bloody conspiracies in the grim alternate history of the War to End All Wars.

At what cost victory?

Milo Volkohne, orphan, criminal, conscript, and unwilling warlock could tell you but you might not like the answer.

It is 1936 and the Great War still rages on, with no armistice in 1918 when the Russian Empire crumbled in the fire and blood of stillborn revolution.

The hellish no man's land has spread like a blight over Europe as grim, unyielding leaders promise a resolve of iron and no mercy, no peace, no hope.

It would take a miracle to save humanity, but as Milo would tell you: be careful what you wish for.

Plunging into a world of sorcery, treachery, and madness the world’s first wizard will bargain with monsters, human or otherwise, fight for his life, and dare to hope that he’s selling his soul for something worthwhile.

But is any price too high to end the War to end all Wars?

The weight of the world would be enough but what if the world is on fire?

Well, then you fight fire with fire, and maybe a few of the undead for good measure, if you are Milo Volkohne that is.

But Milo’s cracking as the War grinds on.

Armies move and monsters scheme from the shadows as the fate of an entire nation hangs in the balance.

So no one’s got time for a broken wizard, even if he’s the only one.

Doomsday plots wait for no witch so with few new allies and too many new enemies, Milo’s going to have his work cut out for him.

At least it’s not the end of the world, right?

The War to End All Wars just got personal.

The World’s First Wizard was dragged into this fight kicking and screaming, but now that the dark conspiracies have dredged up specters of his past, Milo is determined to put them down once and for all.

His power growing with the stakes, Milo faces foes, human and otherwise, with aims that threaten to reshape the world, and they’re willing to do it at the cost of millions of souls. Milo, hero or not, can’t stand by, and so with his deathless bodyguard and fey girlfriend, he plunges into the dark, swimming upstream all the way.

But these waters are filled with hungry things, lurking just beneath the surface, things with long teeth and no fear of some paltry human sorcerer.

Milo’s going to have his work cut out showing them why humanity is officially off the menu.

---
Scroll back up and click BUY NOW or READ FOR FREE to join Milo on his fight to end the war. 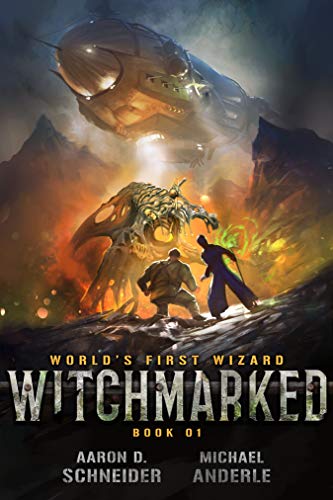 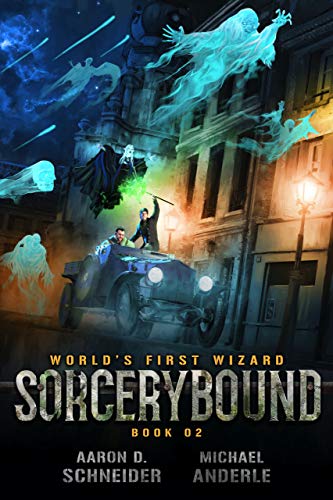 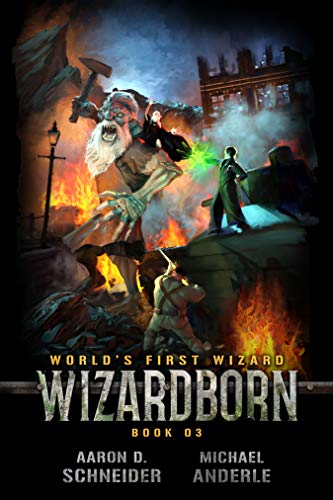 Wizardborn
Look Inside
About the Author
Aaron D. Schneider

Aaron was born to parents who taught him two very important things: truth matters and imagination is not a crime.

Our protagonist has spent the rest of his life trying to live out those two maxims, much to the chagrin of every unfortunate around him (progenitors included).

As such, by age six or seven, he was writing stories about a dark, reptilian avenger who brought final, painful justice to the guilty- with unsettling illustrations to boot. His beloved and benighted parents realized that budding sociopathy would simply not do, and so they began introducing him to tales of great and good heroes. First the account of a certain carpenter, then a hairy-footed burglar, then a savior lion, and after that point our protagonist was plunging face first and arms out into a world of heroism both real and imagined. While far from a hero himself, he has endeavored to try and capture that same bowed but unbroken spirit that dwells in a dark and ugly world, because that as far as he can tell is what makes it all worth it.

Along this rambling, dreaming way he managed to find a woman he could bamboozle into loving him, and then even have children with, Lord have mercy on them all.

Now Aaron has managed to cram no few exciting jobs and hair-raising experiences into his life so far, and God help him, he hopes for many more. It is these that drive his captured glimpses of something epic. If you have the time you should pull up a chair, grab a beer, light a pipe, or whatever your pre-literary consumption ritual may be and give them a look. It is been said they are truly monstrous, but as any true hero knows, monsters often guard treasure.