The books released this week are simply magnificent! 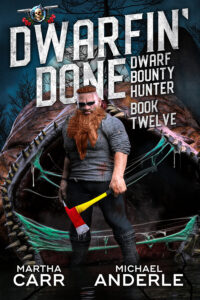 Can Johnny, Lisa, Charlie and the hounds stop a war before everything goes to hell in a handbasket? It might take some firepower to make it happen. We all know Johnny will bring out the big guns to prevent a war.

But sometimes you have to confront your past to come to terms with it. That may not be so easy for Bronson Harford because the truth is just a little bit out there. Okay… it’s A LOT out there.

The shifter is out of the bag. A war is brewing and an army of shifters are poised to attack. Will the two star-crossed lovers at the center of it all find a happy ending? 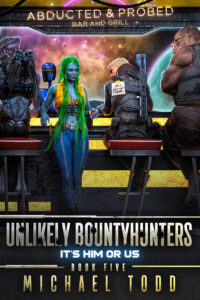 There needs to be a reckoning. Either John, Meehix, and Chuckie need to go down, or T.R. Exit needs to get out of the way. Do the newly christened Free Dreamers have what it takes to bring down one of the trickiest after them? If they don't, do they have a future?

Further, it's time to bring an end to a notorious gangster who is STILL holding a grudge against the trio. It was all an accident. Except for that part where they kept releasing his prisoners and slaves. That part was on purpose. Stay out of the way of the Free Dreamers. They have a large ship, and they aren't afraid to use it. Well, not to get into battles because that would require a crew.

Finally, John needs to tackle the biggest challenge yet—allowing his heart to take him places where his mind gibbers in fear. 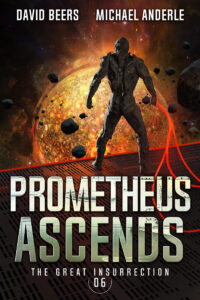 It’s the only logical strategy… and the Commonwealth has a plan to counter it. Does he have the allies to win?

Alistair knows the risks, but he must take the Ice Queen’s military and the gigante to Planet Phoenix. In order to defeat the Ascendant, Alexander de Finita, and put this nightmare behind him, it’ll take every asset he can bring together. There’s just one problem. The Commonwealth plans to strike first. If they control the star-gate at Phoenix, all is lost.

Every choice he’s made has had consequences, but none as gave as Alistair’s next move. The Ascendant has the positional advantage. Should Alistair protect his pieces, make a sacrifice, or play a gambit? 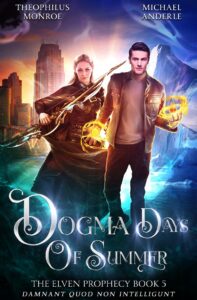 We’re taking the fight to the elves at the North Pole. Not because I’m trying to ruin Christmas. But because these elves intend to take over the world. Layla hopes she can win them over. But can the elves be convinced to break with Brightborn?

All I know is that we can’t wait for the elven king to make his next move. It’s time to act. If we don’t stop him now, will we even get another chance?

The king is gaining too much influence over the world’s superpowers. Not to mention, what is the likelihood that we’ll even get out of there alive? 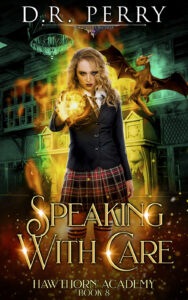 Life is the toughest exam.

All extramagi must have their abilities tested. The way they do it is a horrifying secret. After witnessing one last year, I have a plan to expose the ugly truth. But there’s a mind magus on campus now, threatening me. And he’s totally within his rights to do so.

Mr. Fairbanks leads the Board of Trustees, who decided I'm too dangerous without intervention. Now I'm required to wear magic dampeners that cut me off from a part of myself I only just learned to accept. Last year, I barely survived by using every ability I had.

Can I juggle school, sports, and a pregnant dragonet at half power? 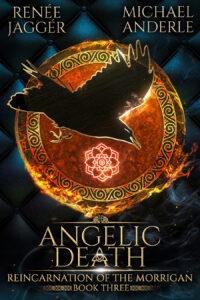 Sluagh and Banshees and Sidhe, oh my!

Ang got a breather, but now she is reunited with Gran, who steers her toward the final person she needs to meet: Meiran Neman, the current keeper of the Way of Conquerors. Can she find her fast enough to meet the next challenge?  Douglas gives Ang the info she needs to locate the third part of the Morrigan, and once those two get together, all hell breaks loose.

From the South Pacific to Africa, Angelica Morgan embraces her destiny and starts to learn the Way of the Morrigan. She just hopes she’ll survive the lessons she’s learning. Will the wars she finds herself fighting take her down, or will the gods do it first?