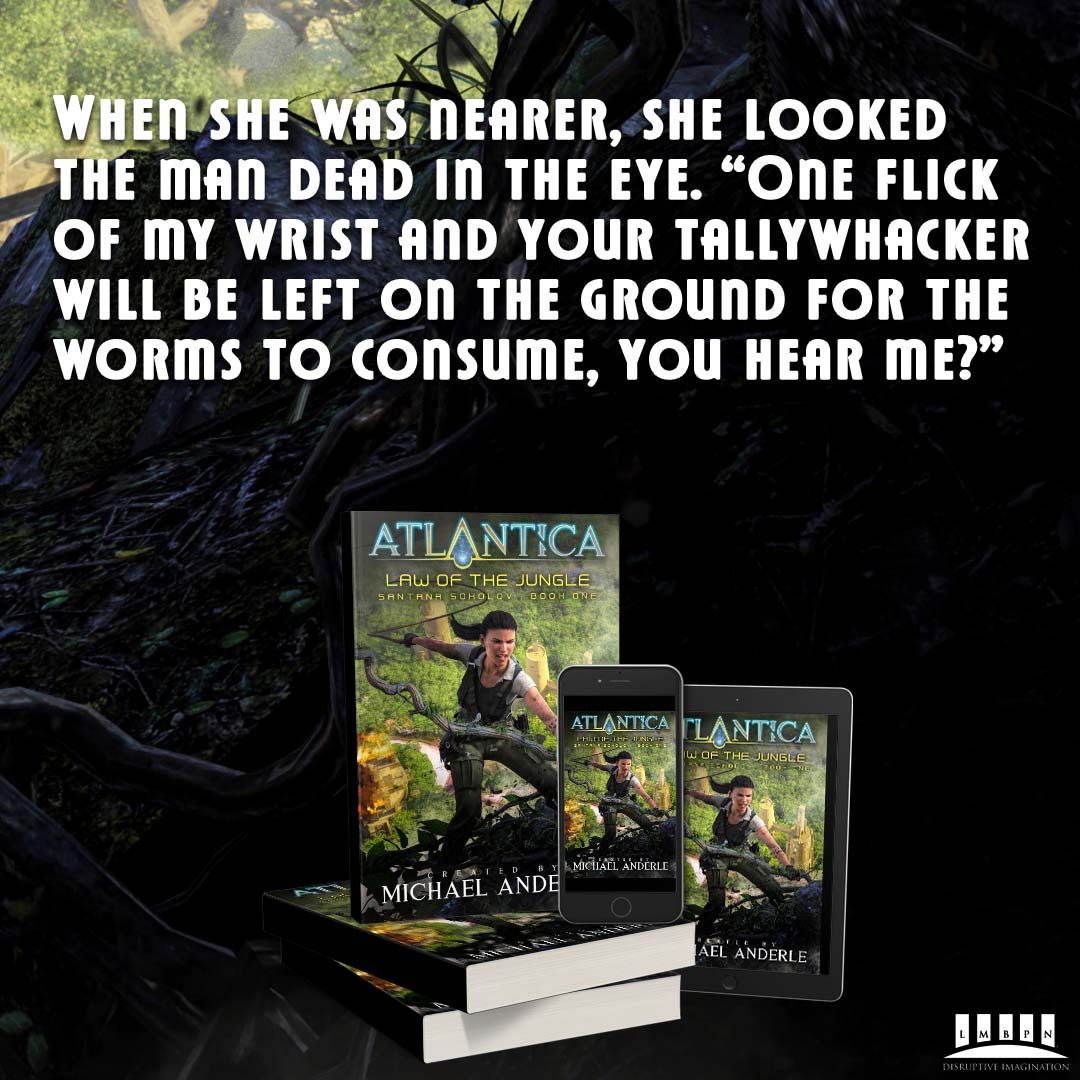 There is a certain way to get information in Atlantica, and Sasha knows exactly how to use that to her advantage. Sasha's adventure begins when we find her forcing information from a questionable character regarding the whereabouts of an ancient artifact.

1 – The temperature was unnaturally high, elevated by several kilns and furnaces located around the room. Steam and smoke created a carpet on the ceiling. A constant crackle popped in the air as the golden glow from molten metal channeled along preset paths.

Sasha Chechik folded her arms. Her dark skin glistened with pearls of sweat. She wore leather overalls, her hands hidden by oversized gloves. Nearby, the mountain of a man, Carlos Ariya, played with his toys, encouraging the molten metal along the track and into the mold.

“Doesn’t look like much now, but soon this’ll be one of the finest blades Atlantica has to offer.” He grinned, a hypnotized stare on his face, the golden liquid reflected in the darks of his eyes. “I can’t tell you how much something like this will fetch on the market.”

“Does it matter?” Sasha replied sharply, only a little impressed by the molding. “What use are swords in today’s world? You bring a sword to the house of your enemies, and you won’t get an inch inside before they riddle your body with bullets. There’s no place for swords or cutlasses when people wage war long-range now.”

Carlos gave her a dirty look. He was large enough to crush her with a bearish squeeze, but Sasha sensed no threat from the smith. He rocked the bed where the molten metal was cooling, ensuring that the liquid moved into all the correct cracks and holes before stepping away. He took a cloth from his waist and wiped his forehead. “Then what the fuck are you doing here if not to purchase from my array of world-class close-range weaponry?”

Sasha’s eyes lingered on the mesmerizing bed of gold. “You know why I’m here.”

Carlos glanced at the shadowy space near the wooden door, where a set of four stone steps led to the only entrance in or out of his workshop. Resting against the wall was an ancient scythe, the handle black as obsidian, the blade a dull silver. “A tune-up?”

He wandered over to the scythe, then examined it. He rolled the handle over in his hands, then scrutinized the blade, running a thumb along the edge. “How long since your last sharpening?”

Sasha peeled her eyes from the metal, the golden gleam beginning to fade as the metal cooled. “Since its last owner handed it to me.”

Carlos chuckled. “That much is clear. Why now?”

Sasha stalked closer, leaving a trailing scent of lilies mixed among the burning stench. Carlos retreated slightly, sensing the power she held. “Because my father saw the blade only as a symbolic item, a lingering relic of a time long past. It was never used to strike, attack, or mow down an enemy, only to make his dick look bigger in the rooms where they measured them. But now…”

An intensity crossed over Sasha’s face that drew Carlos’ unblinking gaze. “Now I intend to restore this to its former glory.”

Carlos exhaled, turning his attention back to the dull blade. “So much for the woman mocking the man still making swords in a world of long-range combat.”

Sasha smirked. “Indeed. Only, if an enemy comes into my domain, they will be stripped of their firearms and will face me fist-to-fist.”

Carlos gave a firm nod. “Then I’d better get to work. No point letting a lady of your caliber wait longer than is necessary.”

He shuffled past her, attending to stoking the fires of a nearby furnace. On a shelf by the wall were several stones and items used to sharpen and keen and hone.

“How much are you looking to pay for this service?” Carlos asked.

“Finance is not an issue. Whatever you deem worthy,” Sasha replied.

Carlos nodded. “Friends and family discount it is.”

Sasha wandered close behind him. She could barely see the fires past his broad shoulders. His black shirt was stained even darker with sweat. “You understand that’s not the only reason for my visit, don’t you?”

Carlos stiffened. She knew she had him where she wanted him.

“Oh?” Carlos replied. He stood straight, then turned to face her, having to look down to meet her eyes.

Sasha looked up. She knew the effect she had on men, her angular face and sharp jawline an attraction to the male gaze. Her eyes were the steely blue of an iceberg. “You know where it is, don’t you?”

Carlos narrowed his eyes. “I’m sorry, you’re going to have to be clearer—” He stopped, a great waft of air expelling from his lips. He glanced down at the blade stuck in his hip.

He doubled over, clutching his side. Now at eye level with Sasha, she drew closer, eyes inches from his, her demeanor still calm. “Don’t toy with me, smith. You know why I’ve come, and I know you know where it is.”

She twisted the blade a fraction to the left. Carlos grunted. “Now, either you tell me what you know, or I find one of your friends who will. One option leaves you with a small boo-boo on your side. The other leaves you melting facedown in your creations. Choose wisely.”

Carlos groaned, squinting as sweat dripped into his eye. Sasha held his gaze awaiting the answer, the one she knew she would get.

Carlos gave a resigned sigh, his body jerking slightly at the pain of the blade. Sasha kept her hold firm.

“The Temple of the Summer Crown,” Carlos replied at last. “A wanderer stumbled across it a few days ago. Almost lost his leg on a tumble down through the forest floor.” He gasped for breath. “A rescue team brought him out. They’d never seen anything like it. Alerted the authorities. They’re sending their teams down there now—if they haven’t already got there…”

“Who’s down there?” She twisted the blade again. It was unnecessary but brought her a certain joy to see the mammoth squirm.

Sasha gave a steely nod. “Anyone else?”

She detected a hint of a lie in his eyes and twisted the knife again.

Sasha’s heart dropped. In one fluid motion, she pulled the blade from Carlos’ hip. “Thank you. You have proven most useful.”

She turned and crossed the room. When she reached the door, she heard a thump as Carlos fell to his knees. He called, “Wait…your scythe…”

Sasha narrowed her eyes. “My price will be fair. Have it fixed up for me by the end of tomorrow. I’ll have one of my people collect it.”

Carlos glanced down at his side. Blood trickled between the cracks of his fingers. His lips parted, protestations ready on his tongue.

Before he had a chance to reply, Sasha was gone.

The stage is set for an epic adventure. What is this artifact she is searching for. Who will find it first. Based on this snippet I'd put my money on Sasha. Stay tuned for the second snippet of Santana Sokolov Book 1: Law of the Jungle. If you are ready to jump into this adventure head over and pre-order today. Releasing on all platforms October 30, 2021. 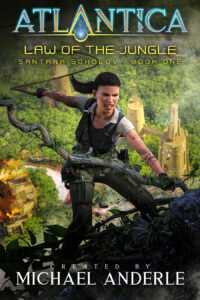