We have eight books and great deals to brighten up your week! 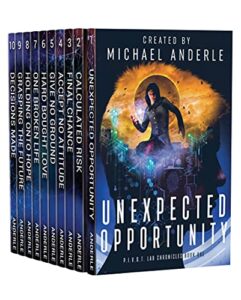 A young man pushed to go on a date that went horribly wrong. An older woman dying from cancer. A man trying to recover from a mountain climbing accident. A young woman who fears sleeping. What ties them together?

They each enter into a virtual fantasy world in the hopes of either being healed or providing escape from what's killing them while providing valuable data to doctors.  Meanwhile the game's AI is learning, growing and is on the brink of discovery. The government is on the hunt for the secret lab and the people running it.

Who will end up healed, hidden, or found? 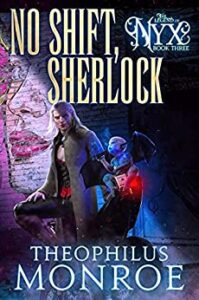 As if bloodsuckers weren't frightening enough…

whatever killed these people consumed their souls… Leaving their bodies completely unscathed. The victims had only one thing in common. They were all attacked at my club. But when you mess with my fans, Nicky's fans… well, you'll unleash Nyx and soon regret it.

The Grimoire of the Nazarene is still missing. If the Order of the Morning Dawn finds it first, Mina will unleash a legion of angels to wipe out everything she deems unnatural: vampires, witches, me… and good people like me, people in my community. Is there a connection between these killings and the missing grimoire? I have reason to believe it's all connected. 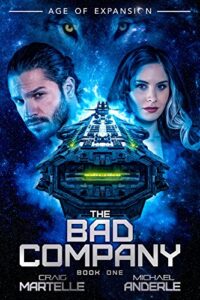 Led by the indomitable Terry Henry Walton, a former Marine, long-lived thanks to the nanocytes coursing through his body. He's known war for a hundred and fifty years, and he's brought a hand-picked group of warriors to space with him. His wife Charumati fights too although she has more refined and special talents.

Their first test comes on Tissikinnon Four, where massed forces wage an ugly war against a technologically superior foe, one who wants the fighting stopped so they can get back to work. No plan survives first contact. Terry Henry has lived by this axiom and once again, it has proven true. Bring the firepower. Attack, move, and attack again. The Bad Company will bring an end to this conflict or die trying. 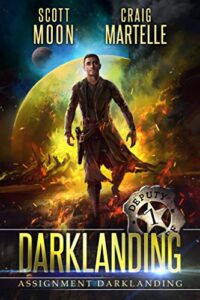 A frontier world. One Sheriff. And all the action one Spaceport can't hold. Darklanding is the wild, wild west of known space.
Sheriff Thaddeus Fry will never completely leave the battlefields of Centauri Prime. His new assignment, the Sheriff's office of Darklanding, could be a do-nothing job, or it could get him killed.

The first thing he learns is that his predecessor's headquarters were bombed, creating the vacancy that led to his appointment. The Company Man, is not who he expected, to say the least. His new accommodations are right in the center of Darklanding's misfits. He finds one native of Ungwilook willing to talk to him and tries to make him a deputy. What really matters on Darklanding, are the mines. 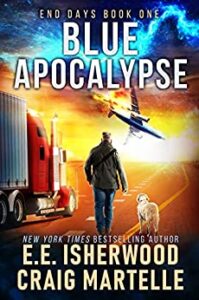 A father and his son. 2500 miles apart. A blue ribbon crosses the sky. The world starts to unravel.

No one knows what is happening, but everyone is trying to find out. Buck is running his big rig from the west coast. Garth is trapped in New York City with his high school friend. With Marine training and an eighteen-wheeler, Buck heads east. With no training and no communication with his father, Garth fights just to escape New York City.

The Hadron collider in CERN. Its twin south of Denver. The Australian outback. What do these places have in common? Those who might be able to fix things are trying to figure it out while Buck doesn’t care. He is on a mission to find his son. 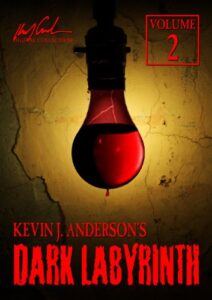 Each story comes with a short introduction by the author.

This story collection Includes: “New Recruits,” “Santa Claus is Coming to Get You,” “Splinter” (written with Rebecca Moesta), and “Redmond’s Private Screening.” 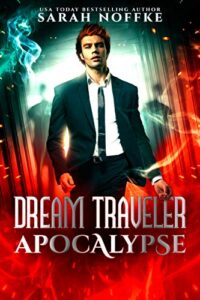 The most powerful organization in the world is about to suffer the worst attack in history.
The Lucidites, a powerful race of Dream Travelers, have enemies and they are tired of them reigning supreme. The Lucidites, using their vast resources and super powers, have been protecting the world for decades. The problem with that is those who crave power and are fueled by greed have never been able to fully succeed. Not with the Lucidites policing the world.

A deadly series of attacks send the Lucidites scrambling to protect their headquarters, their people and the innocent caught in the crossfire. It's time that all the powerful Dream Travelers come together to fight an evil that's grown too powerful and threatens the planet itself. In this Avenger-like installment, multiple Dream Travelers from across many of the series band together to overcome monsters that seek to erase the future of the human race. Will the Lucidites save the day before it's too late? 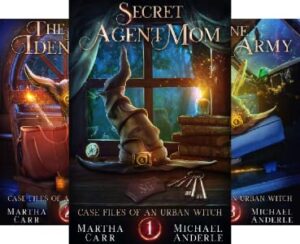 Lucy Heron is a mom with three kids, and a baker with a happy marriage in sunny Echo Park. She’s also Silver Griffins Agent 485. The suburbs will never be the same. Fighting supernatural crime from a minivan while keeping the magical world a secret is a fulltime job. Then there’s the PTA bake sale and the neighborhood barbecue. Hard to balance even with a wand.

And now, a monstrous loan shark is spreading his shadowy empire from a hidden kemana. Mix in a tribe of ancient witches and tunnel-dwelling magical misfits. Turns out, Los Angeles is hiding a lot of secrets just underneath your feet. Can Lucy put the bad guys behind Trevilsom bars and still get home in time for family dinner? What are her magical kids up to and do they have their own spy network?

Exciting Promotions Hand-Picked Just for You!

September is Science Fiction month, at least for the IASFA.

Find your new favorite author with this massively huge selection of Science Fiction books (all sub-genres) that you can try at no risk as they are all free, but only for a limited time. September 14-18. Join our newsletter and you, too, will see what there is to see. Available only from the IASFA (International Association of Science-Fiction & Fantasy Authors). You can’t get there with one click because we’re fighting the scum of the wasteland. 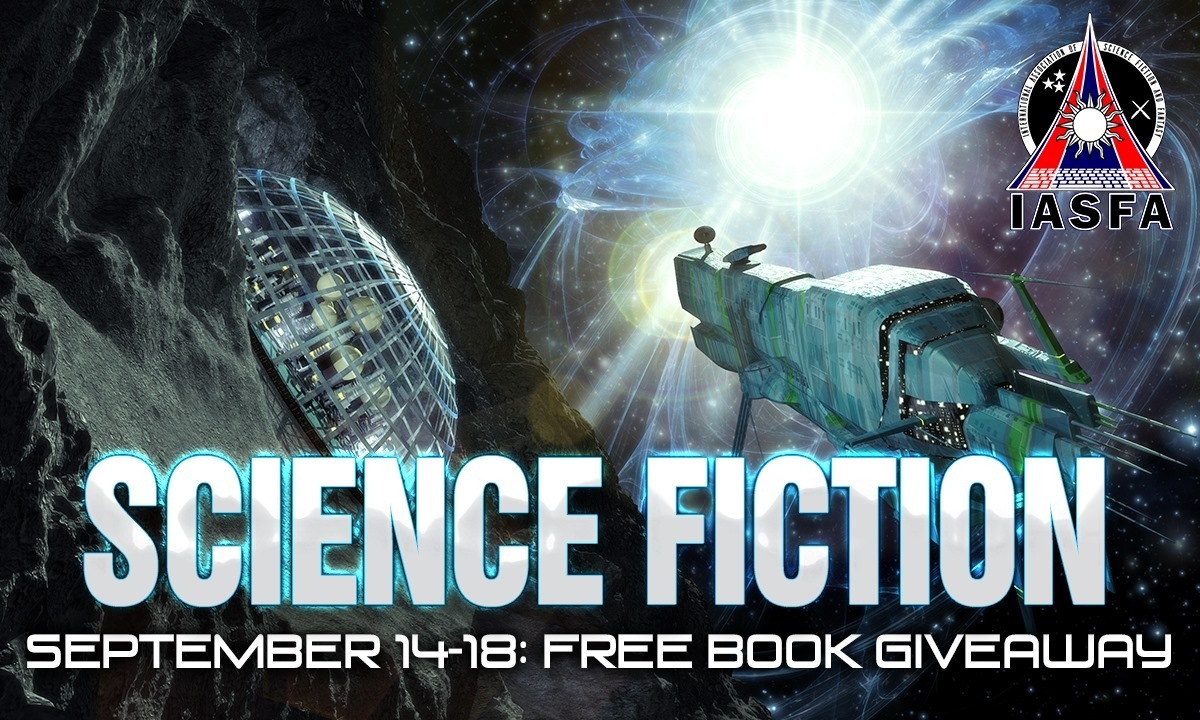 Here is what it takes to get you to your free books.

1) Click this link https://iasfa.org/get-free-books/
2) Become an Insider by filling out your name (or online persona) and email address
3) Answer the math problem because we know ravagers suck at math
4) Check your email – you should have received a confirmation email thanking you for subscribing, but you have to click on this to confirm your confirmation because we know that is the kiss of death for scum-sucking bottom feeders
5) Your subscription is confirmed! Go back to your email for the final confirmation which, during the free promotion period, will include the super-secret link that takes you into the back-end of the site where you can find incredible titles from some of the top names in the genre as well as established newcomers. If you join before the promotion timeframe, then you'll get an email on the first day of the promotion with the super-secret link.

If you see this message after September 8th and want to be notified of future price promotions, please sign up for our newsletter at www.lmbpn.com/email.