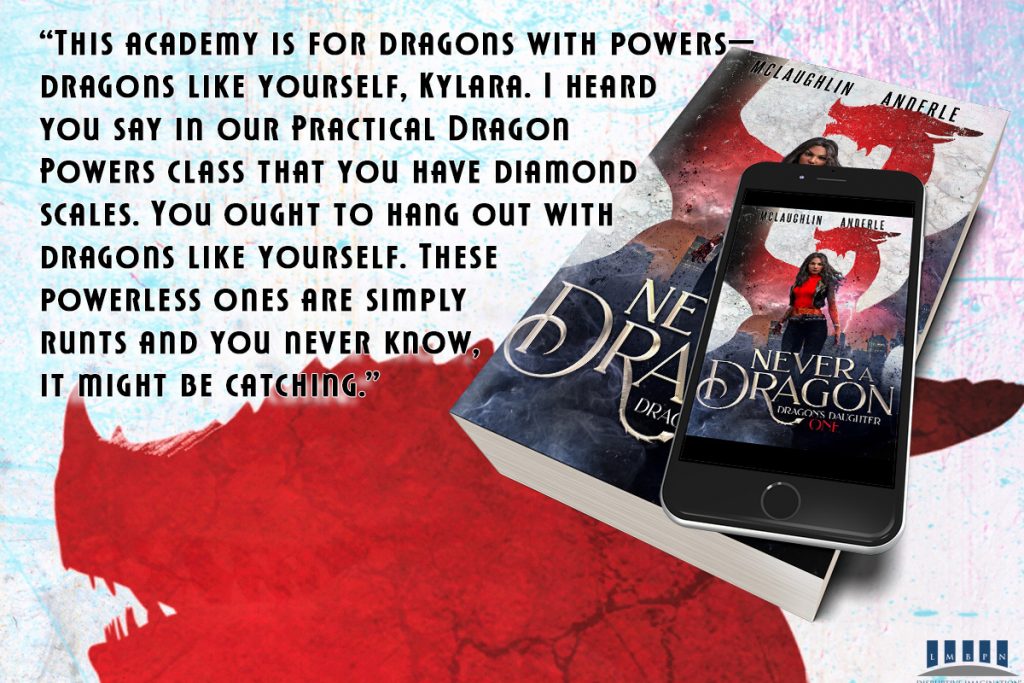 After a while, in a safe world we create for ourselves sometimes, we forget that there are real dangers out there and realities we don't even know to be concerned with. The same is true for dragons I suppose. But you know what they say, curiosity killed the cat.

The wind felt amazing under Kylara Diamantine’s wings and so much better than the stuffy air of their home—more like cave—half-buried in a mountain. The red rocks and sands of the New Mexican landscape below her had baked in the sun all day. They belched heat into the air that she caught with her wings as she spiraled higher into the sky.

She wasn’t strictly supposed to be out flying—not without her mom—but what Hester Diamantine didn’t know wouldn’t hurt her. The young dragon was almost seventeen now, but her mom still treated her like she was nothing more than a dragonling.

There was no reason why she couldn’t fly by herself. She was certainly good enough at it. She flapped her wings and forced herself into a dive that took her from the cool air that lingered high above the mountains to the heat-baked landscape below. As the air grew hotter around her, she whooped with delight. This was living!

Instinctively, she spread her wings and caught another thermal of hot air to drift higher again as effortlessly as a bird. She circled continuously and increased speed as she added her strength to the power of the heated air to drive herself so high that the air became cold enough that when she breathed it in, it almost hurt.

When she reached that elevation, she leveled off and studied the landscape below her. Kylara had never known any landscape but New Mexico. She longed to see a lush forest, a meadow, a jungle, or even a city, but she could admit that she lived in a beautiful place. Below her, different shades of stone battled for dominance of the high desert landscape. Red rocks, yellow rocks, and pink boulders flecked with crystals that glimmered in the sun all poked from the sand and scrubby soil. Some people might see a wasteland, but not her. She saw a hundred kinds of cactus, dormant grasses, and scrubby trees ready to force out a year’s worth of growth whenever the sky decided to let it rain again. It was beautiful there, yet she wanted to see what it looked like somewhere else—anywhere else.

She had been to nearby Farmington any number of times and even to Santa Fe a precious few, but she wondered what else was out there beyond the beautiful reds, oranges, and yellows of her home. Sometimes, she envied the cars that gleamed in the sunlight as they moved freely through the landscape. They only needed gas to escape their environment, not their mother’s permission.

Kylara sighed and her gaze followed an old beat-up truck until it rounded a mountain road and vanished. Another glint caught her eye, this one higher up. A plane? No, it was too low for that and there wasn’t an airport in that direction, anyway.

She almost gasped when she realized that it wasn’t a plane but a dragon. It was a long way off but she had seen it bank and saw its dark silhouette against the reddish earth below. Its wings and tail were unmistakable. This was a dragon—the first she had ever seen besides her mother and herself.

Curiosity surged through her. She seldom had an issue with her aura as her mother constantly reminded her. While it was what Hester described as closed off, even the lizards hiding in the scrub below, she was certain, could feel her desire to find out more about her kind.

The curiosity was as quickly followed by caution. Her mom had forbidden her from meeting other dragons. It was the number one rule she had to follow and Hester had drilled it into her head since before she could fly.  For whatever reason, she had never told her why.

At times—especially over the last few years—the rule had been frustrating, but it hadn’t exactly been difficult to follow. Kylara had never even seen another dragon. To attempt to break the rule would have involved either stealing her mom’s car or flying hundreds of miles through the desert. Neither was an option that she particularly wanted to take.

But now, one flew in view of her land.

Kylara thought about her mother’s rule and how serious she had always been about it. She was not to meet another dragon…but could she look at one? After all, it wasn’t like she had been raised in a vacuum. Her mom had taught her about dragons, their history, and even their current events—an especially exciting topic for the young dragon, as the exploits of the Steel Dragon and the new organization she had created a year before were more exciting than any book. She had told her daughter not to meet a dragon. It seemed logical that there was probably a reason for that. But to peek at one? How could that possibly hurt?

Her mind made up, she tucked her wings and dropped to glide over the arid landscape. She wanted to see this dragon but that didn’t mean she wanted to be seen. Fortunately, her dragon form was perfectly suited for her environment.

In this light, her scales varied from copper to red. In reality, they were like her mother’s—the color of a diamond—with the same hard, crystalline edges that made her mom’s dragon form so tough. But the underlying shade was different, exactly like her skin was only a few shades darker than Hester’s.

In the light of the late afternoon sun, she looked like a mirage floating over the desert, an apparition of heat hardly any different than the colors of the desert itself. She looked nothing like her mom, not in her dragon form or in her human body, but Hester had always explained that the magic in dragon blood made hereditary traits more interesting than they were in humans.

Kylara flew low and slow over the landscape, keeping her gaze fixed on the dragon as she drew closer to it. She could not sense its aura yet. If she did, she did not know what she would do. Even that might be enough to satiate her curiosity. But she couldn’t sense it yet so she flew closer.

It was hard to tell in the light, but it looked like the dragon was coming closer. Did that mean it had seen her too? She had been up quite high—higher than her mom liked her to fly when they were anywhere but the very center of their land—but had the stranger seen her before she had seen it?

She knew these questions would not be answered. Certainly, she’d be lucky to even see the true color of the dragon’s scales without it seeing her. But maybe, after seeing this dragon, she could finally get some answers from her mom. She knew some of the girls in the area had a Quinceanera celebration. Could it have something to do with that? A coming of age ritual? She decided she would ask her mom—after she had a better look at this dragon.

Her mother, however, had other ideas.

Hester Diamantine—her scales the color of diamonds frozen in ice and eyes burning with rage—screamed into the dry desert air behind her errant daughter. “Where on earth do you think you’re going, young lady?”

“Mom!” Kylara responded, grasped for other words, and found none.

Her mom caught up to her extremely quickly. The young dragon forced a smile on her face but her mother showed far more teeth in her fury.

“Well?” Hester demanded. “What could possibly compel you to break my single most important rule?”

In the face of her mother’s wrath, she didn’t have an answer. She knew her mom would demand far more than, “I only wanted a peek.” In an effort to preempt the inevitable lecture, she chose her only viable option. “I’m sorry, Mom.”

“You’d better be, young lady. You’re off our land, were flying so high everyone in the four-state area must have seen you, and when I catch up to you, I see another dragon who you seem to be approaching? Have you lost your mind?”

No, I finally started using it, Kylara wanted to say, but she didn’t. Instead, she fell in behind Hester, caught her wake, and used it to glide home. Still, she couldn’t help but glance at the other dragon with longing. If it was so bad to see the other dragon, why did she want to so badly

I have some sympathy for Kylara, I would also want to meet a dragon. This snippet really got me thinking, in fact I have more questions now than I did before. But don't worry all will be revealed November 15th when Never a Dragon: Dragon's Daughter book 1 is released. Until then head over to Amazon and pre-order your book! 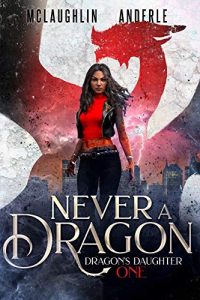